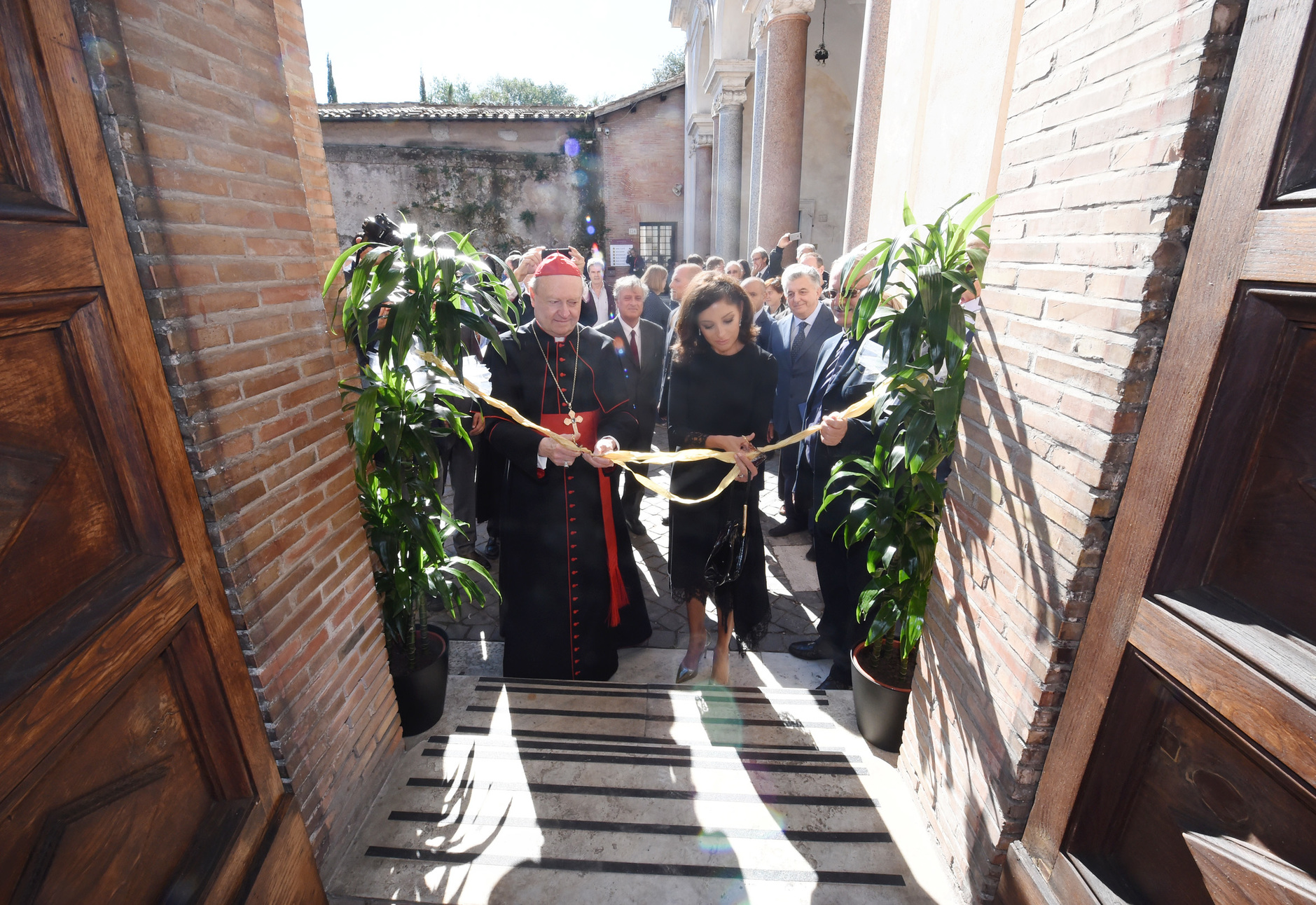 The restoration of the Catacombs of San Sebastiano in Rome was supported by the Heydar Aliyev Foundation, headed by Azerbaijan's First Vice-President Mehriban Aliyeva. / President.Az

Mehriban Aliyeva, Azerbaijan’s First Vice-President and President of the Heydar Aliyev Foundation, inaugurated the newly restored Catacombs of San Sebastiano in Rome on Wednesday, according to a statement posted to the Azerbaijani President’s official website.

The restoration of the underground cemetery, which included restoring 15 sarcophagi, was supported by the Heydar Aliyev Foundation, headed by First Vice-President Mehriban Aliyeva. The effort was also designed to make the entire complex open to the public, as only a portion was accessible in previous years.

The Catacombs of San Sebastiano are an early Christian burial place in which four floors had been almost completely destroyed. The martyrs Saint Sebastian and Eutychius are buried here. After the religious celebrations commemorating the two Apostles were transferred to San Sebastiano in 258 AD, Constantine the Great, a Roman Emperor, had a grandiose basilica constructed in the honor of the Apostles. The catacombs of Saints Marcellinus and Peter were also previously restored by the Heydar Aliyev Foundation.

Promoting an inter-religious identity has been a key part of Baku’s strategy to demonstrate moderation, tolerance and diversity in a country of nearly 10 million, where nearly 97 percent are predominately Muslim. Three percent are Christian, of which only a few hundred are native Catholics. Less than 0.2 percent are Jews, while another 0.2 percent are either unaffiliated with any religion or belong to a minority religious groups.

The Heydar Aliyev Foundation reconstructs religious monuments and temples and arranges relevant exhibitions through a project called “Azerbaijan – the address of tolerance.” The Heydar Aliyev Foundation reconstructs religious monuments and temples and arranges relevant exhibitions through a project called “Azerbaijan – the address of tolerance.”

The Heydar Aliyev Foundation was established as a non-governmental and non-commercial organization in honor of Azerbaijan's former President, the late Heydar Aliyev, in 2004, to contribute to the social and economic development of the country through implementing various projects in spheres such as education, public health, culture, sports, science and technology, environment and others.

The Foundation’s cultural projects in foreign countries also include the restoration of monuments in the park of the Palace of Versailles, the Louvre, and the Berlin City Palace, which was destroyed in the World War II. Restoration of medieval manuscripts housed in the Vatican Archives and the Roman Catacombs inside the Vatican has also been part of its philanthropy.