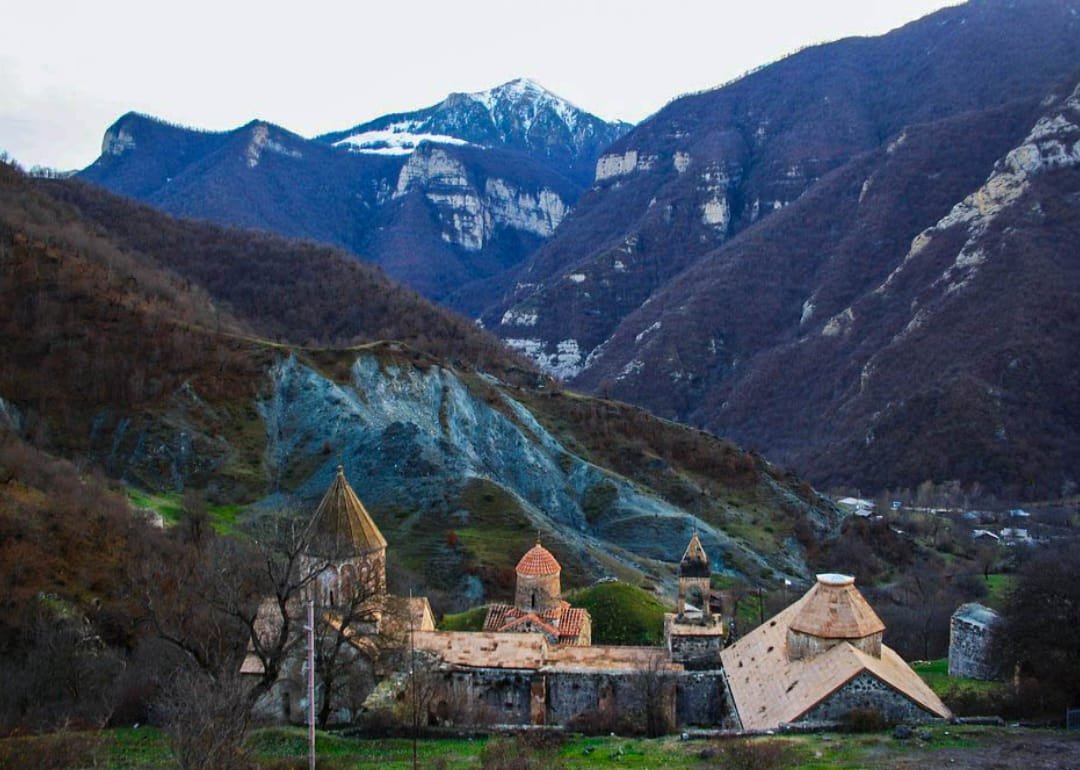 The Khudavang monastery complex in the Kalbajar region of Azerbaijan / Courtesy

The original names of the Azerbaijani settlements liberated from Armenian occupation in 2020 will be reflected on Google Maps, replacing other names used by Armenia's authorities during the occupation.

4MAPS Bilgi Teknolojileri Company, based in Sumgait Chemical Industrial Park in Azerbaijan under the Economy Ministry’s Agency for the Development of Economic Zones, has launched relevant work on upgrading data on Google Maps and other maps, as well as preparing 3D maps of the liberated lands, according to local media.

The Agency uses LIDAR – a laser imaging, detection, and ranging or 3D laser scanning device for updating the maps and developing 3D maps. The names of cities, villages, streets and other points located in the Karabakh and East Zangazur regions of Azerbaijan will soon appear on online maps in their original Azerbaijani titles.

The Karabakh and East Zangazur regions of Azerbaijan remained under the illegal Armenian occupation for nearly three decades. In 1991, Armenia launched a full-blown military campaign against Azerbaijan, which lasted until a ceasefire in 1994 and saw Armenia occupying 20 percent of Azerbaijan’s internationally recognized territories. Over 30,000 Azerbaijanis were killed, and one million were expelled from those lands in a brutal ethnic cleansing policy conducted by Armenia.

On September 27, 2020, the decades-old conflict between Armenia and Azerbaijan spiraled after Armenia’s forces deployed in the occupied Azerbaijani lands shelled military positions and civilian settlements of Azerbaijan. During the counter-attack operations that lasted 44 days, Azerbaijani forces liberated over 300 settlements, including the cities of Jabrayil, Fuzuli, Zangilan, Gubadli and Shusha, from nearly 30-year-long illegal Armenian occupation. The war ended in a tripartite statement signed on November 10, 2020, by Armenia, Azerbaijan and Russia. Under the statement, Armenia also returned the occupied Aghdam, Kalbajar and Lachin districts to Azerbaijan.

According to estimates, the names of 212 historic Azerbaijani settlements were illegally changed by Armenia's authorities during the years of occupation.