Germany Praises Russia’s Sputnik V amid Some Fears over AstraZeneca 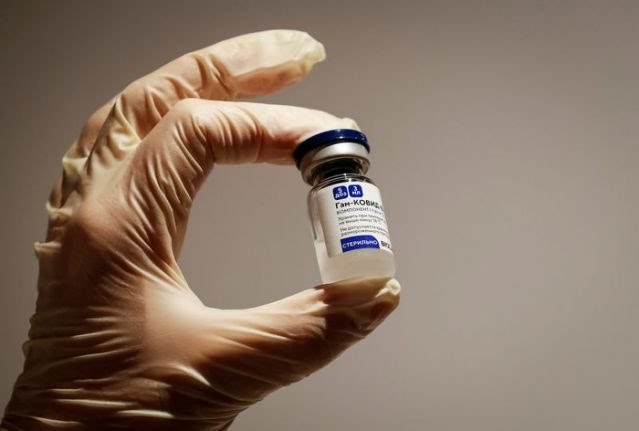 As of today, “Sputnik V” has been approved for use in more than 45 countries, despite being initially met with skepticism.

Russia’s first vaccine against COVID-19 is likely to gain acceptance in the European Union, as Thomas Mertens, who heads Germany’s standing commission on vaccination, has recently hailed the success of the Russian-made Sputnik V.

“Russian scientists are very experienced in vaccines. Sputnik V is a very clever construct,” Mertens told Rheinische Post. “As with AstraZeneca, we are talking about a viral vector vaccine, which is based on an adenovirus. But unlike AstraZeneca it uses two different viral vectors for the first and second doses. That’s very clever, because that way you can prevent a possible loss of efficacy that might arise through the immune response against the vectors.”

Both vaccines involve two doses, an initial shot and a booster, and features harmless adenoviruses, which are used to carry genetic instructions into the body to stimulate cell to generate antibodies.

Last summer, Russian President Vladimir Putin announced that the country had registered a coronavirus vaccine, claiming it as “the first in the world.” Developed by the Gamaleya Research Institute of Epidemiology and Microbiology, the vaccine was dubbed “Sputnik V” to honor the first artificial satellite launched into the Earth’s orbit in 1957.

Russia drew criticism from Western experts when it approved Sputnik V for widespread use after less than two months of human testing. At the same time, the Russian-made jab showed an impressive 92 percent efficacy, according to late-stage trial results published in the prestigious Lancet medical journal. Sputnik V is claimed to be safe and offers complete protection against hospitalization and death.

As of today, “Sputnik V” has been approved for use in more than 45 countries, despite being initially met with skepticism. In some countries, including Algeria, Argentina, Bolivia, Serbia, Palestine, Paraguay, and Venezuela, the vaccine has been registered under the emergency use authorization procedure without additional clinical trials.

At the same time, it has not yet received approval from the EU regulator.

The Russian jab is currently being assessed by Europe’s drug regulator, European Medicines Agency (EMA), which will decide whether the vaccine complies with efficacy, safety, and quality standards. Meanwhile, some EU states, including Hungary and Slovakia, have already started using “Sputnik V”, bypassing regulator’s permission.

Europe has so far approved four vaccines, including Johnson & Johnson, Pfizer-BioNTech, Moderna, and Oxford-AstraZeneca. Along with Russia’s Sputnik, the Amsterdam-based EMA is reviewing two other vaccines — Novavax and CureVac.

Meanwhile, some European countries have temporarily suspended the rollout of the AstraZeneca vaccine co-invented by Oxford University and British pharmaceutical giant over blood clot fears. Earlier this week, Denmark and Norway have announced their decision to temporarily pause the use of the Oxford-AstraZeneca, after a 50-year-old man had died in Italy after developing deep vein thrombosis. Estonia, Lithuania, Luxembourg, and Latvia also suspended the use of the vaccine.

The EMA reportedly investigates whether the shot could be linked to several reports of blood clots.

"There is currently no indication that vaccination has caused these conditions, which are not listed as side effects with this vaccine," the Agency said on Thursday. "The vaccine's benefits continue to outweigh its risks and the vaccine can continue to be administered while the investigation of cases of thromboembolic events is ongoing.”

A spokesperson at AstraZeneca Company has reportedly said that the drug went through extensive studies in clinical trials, as well as adheres to stringent efficacy and safety standards set by the regulators for the approval of any new medicine.