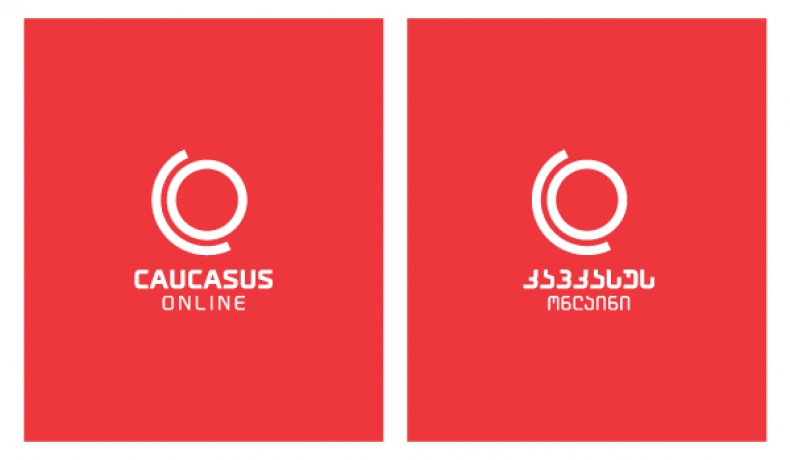 Georgian authorities took unprecedented steps against the company and its investors, trying to take over Caucasus Online and its assets.

The realization of a digital telecommunications corridor between Europe and Asia has been jeopardized by hostile attacks on Caucasus Online by Georgian authorities, recently followed by extremely rushed adoption of controversial and unprecedented amendments to the country's electronic communications law, specifically targeting the company.

The amendments have already been criticized by local telecommunications companies, civil society and journalists. Nine major telecommunications companies, including Magticom, Caucasus Online, and Akhali Kselebi have issued a joint statement condemning the amendments. The changes have also been criticized by the Coalition for Media Advocacy (CSO), comprised of over ten Georgian media watchdogs, which warn the amendments will significantly damage media freedom in Georgia.

It is widely believed that the amendments are aimed specifically at Caucasus Online, a foreign-owned Georgian telecommunications company that owns the only Black Sea submarine fiber-optic cable and transits internet traffic from Europe to the Caucasus region.

In 2019, Caucasus Online's foreign parent company was acquired by NEQSOL Holding, a diversified group of companies operating in the UK, USA, Azerbaijan, Ukraine, Kazakhstan, Turkey, UAE and Georgia with major interests in telecommunications, oil and gas and construction industries. The acquisition was an integral part of its much bigger international project to create a digital telecommunications corridor. The project aims to develop a modern transit fiber optic (FO) infrastructure network connecting Europe to Asian markets through Georgia and Azerbaijan. International experts consider the corridor as a digital version of the Baku-Tbilisi-Ceyhan oil exporting pipeline.

Meanwhile, months after the acquisition, Georgian authorities took unprecedented steps against the company and its investors, trying to take over Caucasus Online and its assets. Georgian National Communications Commission (GNCC) accused the company of violating the Law on Electronic Communications, in particular, of untimely notifying the regulator on changes in shareholder structure. GNCC has already fined the company six times, totally almost $300,000, which is an unprecedented fine for Georgia and the maximum liability allowed by the law for the alleged late informing the regulator. The GNCC tried to force business owners to reverse the transaction, threatening to cancel company authorization and appoint an external administration, basically meaning expropriation of the asset.

However, NEQSOL Holding had informed the Georgian government prior to the acquisition of Caucasus Online about its plans and the bigger regional project that would provide substantial economic and political benefits to Georgia.

“The previous Georgian government was informed about our plans and aware about our strategy for “Digital Silk Way,” Teymur Taghiyev, Head of Strategy at NEQSOL Holding said in an interview with Forbes Georgia.

At the same time, the GNCC attacks on business owners appear to be completely groundless and inappropriate as Caucasus Online is owned by foreign companies registered overseas. As a result of a recent acquisition, the shareholder structure of Caucasus Online has not changed. Only the ultimate beneficial owner of the parent company was changed, while the transfer of shares was effectuated in foreign jurisdiction.

The Parliament's rush to adopt the controversial amendment is seen as part of a wider series of hostile acts aimed at expropriating the company.

“Well, there’s something very strange about the way the law has been pushed forward. You know, there have been hearings late at night, well after midnight, in a great hurry. Why is there such a hurry? Why not have normal deliberations? What’s the hidden agenda that is causing this law to be pushed forward so quickly?" said former US Deputy Secretary of State, Matthrew Bryza.

The ambitious project launched by NEQSOL Holding is expected to improve access to internet and digital services for 1.8 billion people residing in the Caucasus, the Middle East, Central and South Asia regions. Late last year, Azerbaijan, together with Kazakhstan, inaugurated the construction of a fiber-optic cable line, which will link the two countries along the bottom of the Caspian Sea. In addition, Azerbaijan agreed with Turkmenistan to lay a similar cable line extending from Azerbaijan to Turkmenistan.

The acquisition of Caucasus Online by NEQSOL Holding integrates the telecommunications company into the proposed international FO transit infrastructure system, turning Georgia into a potential destination for global hyper scalers like Google, Amazon, Netflix, etc. for the establishment of a regional data center and internet exchange point (IXP).

“NEQSOL Holding and its projects perfectly fit into the digital development plans of Georgia. NEQSOL Holding, as a part of its investment strategy, plans to build a modern data center and internet exchange point in Georgia,” Taghiyev said, adding that favorable conditions for foreign businesses should be created.

“In order to establish a digital hub, to bring international hyperscalers like Google, Amazon and others to the region, certain pre-conditions should be met. We need a favorable legal environment and legislation that meets international standards and does not cause questions from international investors and hyper scalers,” Taghiyev added.

The interest of Europe and the United States in the project is no coincidence. The digital corridor passing through South Caucasus is the shortest route between Europe and Asia — compared with others, including those passing through Russia and along the bottom of the Indian Ocean — and is expected to significantly reduce the latency in data transmission.

In 2017, Georgia filed a lawsuit against American oil company Frontera Resources, accusing it of a “significant breach of the contract". Earlier this year, officials in Tbilisi announced that the company would be allowed to operate in Georgia, but only within one percent of the original area. The lawsuit filed by the Georgian government prompted a harsh reaction by the US. A group of US congressmen sent a letter to the State Secretary and Secretary of the Treasury, in which they addressed the problems that American investors are experiencing in Georgia, noting that “foreign direct investment into Georgia decreased by nearly 50%, while taxes and bureaucratic barriers have increased for Western businesses.”

The $2.5 billion US-backed Anaklia Deep Sea Port project, dubbed as the "Project of the Century”, was another major initiative that was challenged by the Georgian government. The construction of a new, faster maritime corridor between Europe and Asia was halted after Georgia broke its contract with the Anaklia Development Consortium (ADC) amidst mutual accusations and financial losses.

Georgia’s actions towards foreign investors in recent years have already resulted in the deterioration of the investment climate in the country and a significant drop in foreign investments.

According to the Georgian national statistics office, foreign direct investments (FDI) in Georgia decreased significantly in 2018-2020. In 2017, the country attracted nearly $2 billion in FDI, while in 2019 this figure amounted to $1.2 billion. In the first quarter of 2020, FDI in Georgia amounted to $165 million, a 42 percent decrease compared to the same period in 2019.

The former US Deputy Secretary of State believes the incident with Caucasus Online could further weaken the business climate and investment attractiveness of Georgia.

“This will certainly not have a positive impact on the investment climate in Georgia. […] The US and EU are already asking questions about the real reason for this decision. As far as I know, the Parliamentary Assembly of the Council of Europe has already expressed its desire to appeal to the Venice Commission regarding these changes,” Bryza said in an interview with Business Media.

Actions taken by the Georgian government against various international investors like Frontera Resources, ADC, Caucasus Online and others in recent years are endangering the country's international reputation and relations with major partners, including the U.S.-Georgia ties and the EU-Georgia association perspectives.

Earlier this year, the US announced that it may suspend about 15 percent of financial aid to Georgia for 2021, until its government takes serious steps to strengthen democratic institutions, fight corruption and protect foreign investors.