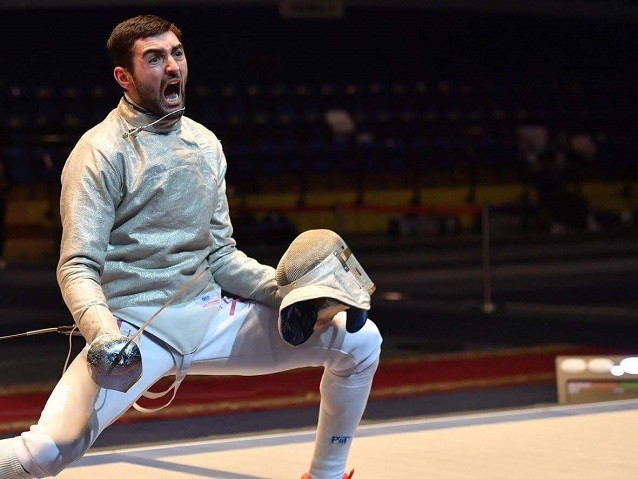 Georgia's U23 fencing team grabbed gold in 2017 championship, after it came second in 2016 competition / Ministry of Sport and Youth Affairs of Georgia

Georgia’s national men’s sabre team took home the top prize in fencing after competing in the European Fencing Championships U23, held from April 21 – 25 in Minsk, Belarus.

Twelve four-man teams squared off to compete for the sabre title. Georgia came in first, after defeating Italian counterparts 45/36 in the final game on Tuesday. Italy took second place in the sabre category, followed by France in third and Russia placing fourth.

Foil, epee and sabre are the three weapons used in fencing. While some fencers compete in all three events, athletes generally choose to focus their energies on mastering one weapon. The U23 championships welcome male and female athletes under age 23 to compete in all three fencing categories.

Georgia’s team included Mikheil Mardeleishvili, Saba Sulamanidze, Vaja Retchia and Nika Shengelia, who clinched an historical victory for the sport in their country. Their win marks the first time Georgia has won a team-level fencing title.

This year was the second time in a row, however, that the Georgian U23 sabre team reached the finals in the European championships. Last year was its first, but it lost to Russia 38/45 then, ending in second place. For its part, Russia came in at number four on Tuesday, after losing 30/45 to France. Turkey outshined Germany 45/37, and claimed the ninth spot.