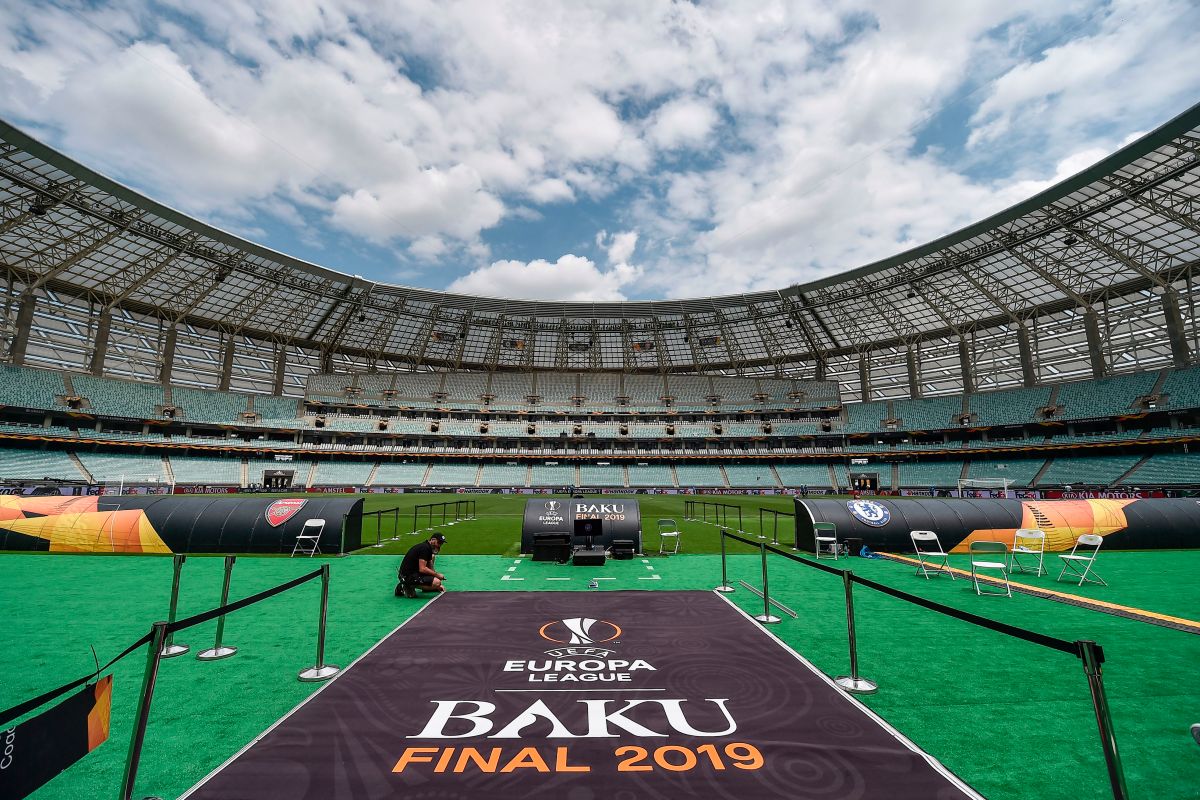 Baku's Olympic Stadium ahead of playing a host to Chelsea-Arsenal final match of the UEFA Europa League, May 29, 2019 / Oxu.Az

If ten years ago Azerbaijan did not have its footprint among the hosts of major sports events, today the country is known quite well as a renowned host of significant sports competitions both in continental and worldwide levels, such as Formula One races, Olympics, and elite football tournaments. The country rose to fame in this light over the past several years, and 2019 has already made a room for itself among the eventful years in the history of the sport of Azerbaijan. So, let’s take a look back at the year of 2019 with a review of the most important events in sports.

The world’s number one motorsport tournament returned to the streets of Baku on April 28, as the fourth race taking place on the six-kilometer fastest street circuit known as Baku City Circuit since 2016. The emotion-packed race attracted 85,000 motorsport aficionados from 75 countries and saw Mercedes-Benz driver Valtteri Bottas taking the highest stand on the winner’s podium.

On May 29, the streets of Baku wrapped in the red-white and blue colors of the jerseys of the two English giants from London – Arsenal and Chelsea. Tens of thousands of football fans wearing the shirts of their favorite clubs were heading to the landmark Olympic Stadium in Baku to watch the final game of the UEFA Europa League. That was the most significant football event ever in the history of Azerbaijan. The battle of the English titans in Baku wrapped up in 4-1 victory of Chelsea over Arsenal and confirmed Baku’s all-out readiness for hosting the upcoming matches of the 2020 European Championship.

The Show of Young Talents

More than 3,000 young athletes from 48 countries sought a jump in their career in Baku over four days from July 23-27. Azerbaijan became the first country in the five-nation Caspian Sea region to play a host to the 2019 European Youth Olympic Festival, the third major sports event of 2019 in Baku, the one and only capital city on the Caspian shores. The largest multi-sport athletic event for youth in Europe saw dozens of medals won by sportsmen from Russia, Turkey, Ukraine, the United Kingdom, Azerbaijan and other countries. But the main victory, as Azerbaijan’s Sports Minister Azad Rahimov said, was the inspiration that will push young athletes to go for greater achievements.

World gymnastics has witnessed one of the most action-packed and successful championships in Baku on September 16-22, when the International Gymnastic Federation’s (FIG) 2019 Rhythmic Gymnastics World Championships took place on the soils of Azerbaijan. The tournament was historical for the Japanese “fairies,” who outshone all rivals to win the championship in group games for the first time in their professional career. It has also proved Azerbaijan’s image as a reliable host of such big games, as FIG President Morinari Watanabe described Baku, a world destination for gymnasts, as "one of the world’s preeminent sports cities.”

Meanwhile, in May, Baku played a host to the 35th Rhythmic Gymnastics European Championships, which took place over four days from May 16-19 at the flamboyant National Gymnastics Center. With dozens of gymnasts from 35 countries in attendance, the tournament was the fourth of its kind to take place in Azerbaijan. Seven gold and three silver medals won by the Russian athletes put the largest country of the Caspian region on top of the medal count list of the pan-European championships.