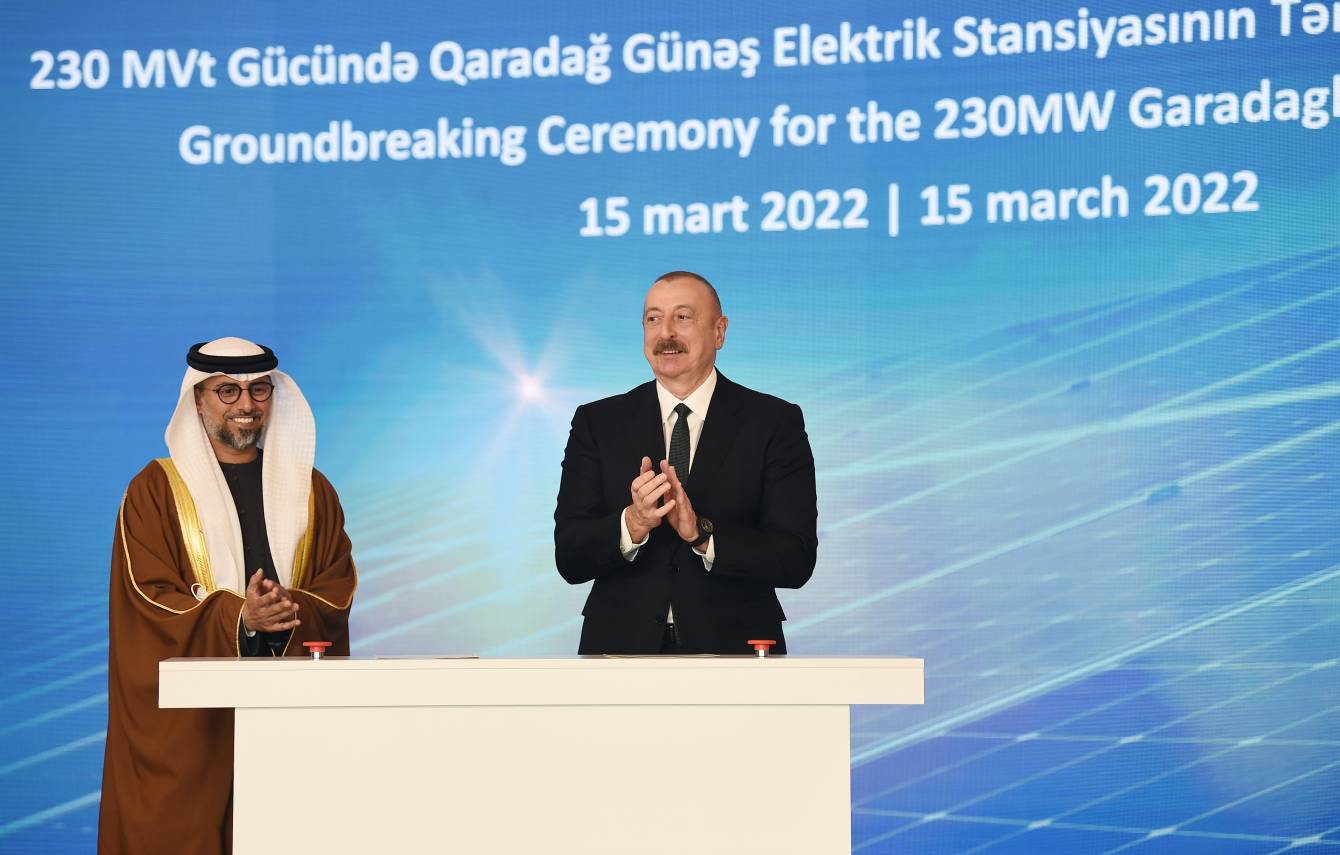 A groundbreaking ceremony for the first foreign investment-backed solar power plant in Azerbaijan took place this week in the country’s capital, Baku. The plant will be built by the United Arab Emirates’ leading energy company, Masdar.

Speaking at the ceremony, Azerbaijani President Ilham Aliyev said that the 230 MW Garadagh Solar Power Plant would help to meet the growing domestic energy needs of the country and also expand exports.

The construction of the new photovoltaic plant is part of a strategic plan to tap into the country’s energy sector potential over the past few months, he said.

“In other words, new generation capacities with a capacity of 855 megawatts are being created in less than three months. A capacity of 385 megawatts has already been created. I am confident that additional capacities will be included in our overall system in 2023, and this is just the beginning.”

Masdar inked agreements with the Azerbaijani government to develop, build, and operate the Garadagh Solar Power Plant in January 2020 and April 2021. The Abu Dhabi Fund for Development (ADFD), the UAE's leading development financial institution, is expected to invest at least $200 million in the project.

The plant, which will reportedly become operational in 2023, is located about 70 kilometers south of Baku. The overall energy output of the plant is estimated at half a billion kilowatt-hours of electricity per annum, which is enough to supply power to over 110,000 houses. At the same time, it will help reduce carbon emissions by more than 200,000 tons annually.

“We look forward to building on our presence here in Azerbaijan, and helping the nation achieve its renewable energy objectives through these agreements,” Masdar CEO, Mohamed Jameel Al Ramahi, said at the groundbreaking ceremony. “Together with our local partners, we will put Azerbaijan on the path to a zero-carbon future.”

Renewables are expected to make up 30 percent of Azerbaijan’s electricity generation by 2030. Estimates put the renewable energy potential of Azerbaijan at 37,000 MW — around ten thousand of which was unveiled after the liberation of the country’s territories from Armenian occupation in 2020.

The potential of wind power in Azerbaijan stands at 59.2 percent of overall renewable sources, according to a report published by the German-Azerbaijani Chamber of Commerce. The same publication cited solar power as the second-largest green energy source in the country with a total of 8,000 MW potential. Biomass, geothermal, and hydropower (excluding large hydropower stations) were also cited as promising renewables at 900 MW, 800 MW, and 650 MW, respectively.

Meanwhile, British energy giant BP will reportedly provide about $200 million in funding for the construction of a 240 MW solar power plant in the Jabrayil region of Azerbaijan, which was liberated from the Armenian occupation in 2020. It will reportedly churn out over 500 million kilowatt-hours of energy and supply 150,000 households.