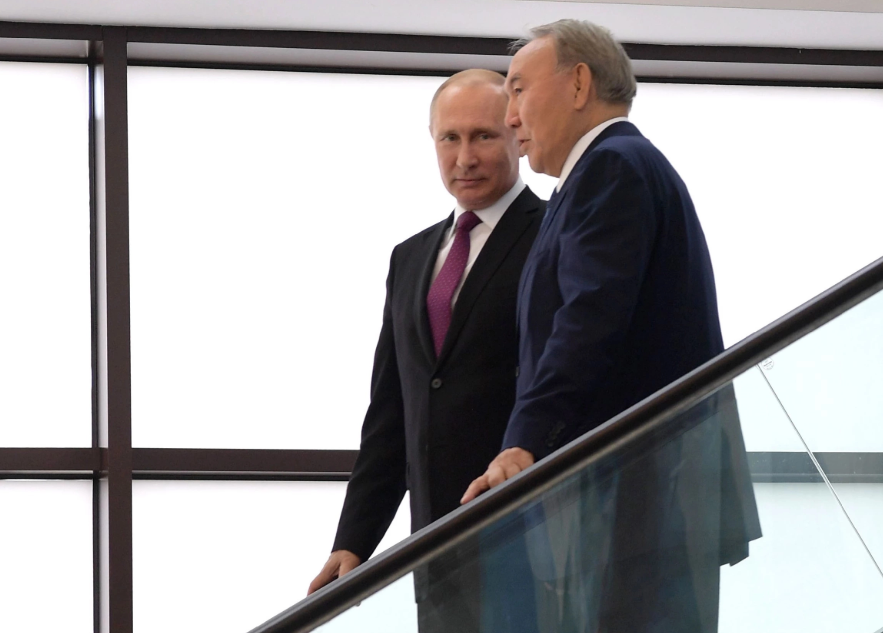 Kazakhstan’s President Nursultan Nazarbayev called on the five-member economic bloc, known as the Eurasian Economic Union (EAEU), to construct a navigable channel that will link the Black and Caspian Seas.

“Another promising project would be the construction of the Eurasia navigable channel, which will link the Black and Caspian Seas through waterways,” Nazarbayev said while addressing leaders from EAEU countries gathered in Sochi on Monday, for a one-day conference.

Nazarbayev did not specify those countries the channel should pass through. The only EAEU member state with borders along the two seas is Russia.

In addition, Kazakhstan’s top official, who is largely credited for establishing the Eurasian Economic Union, or EAEU, believes the member countries will benefit from a high-speed highway, which may connect Europe with Asia through the vast territories of Russia and Kazakhstan.

“Sure, these are certainly major projects, but we must undertake them,” Nazarbayev added.

As a successor to the Eurasian Economic Community (EAEC), which lasted from 2000 to 2014, the EAEU was founded in 2014 by officials from Kazakhstan, Belarus, and Russia, with the latter having assumed the chairmanship of the five-member trading bloc this year. Armenia and Kyrgyzstan joined the Union in 2015.

The EAEU acts as a single market, broadly similar to the European Union, that guarantees the free movement of goods, services, capital and labor between them. While some see the EAEU as a rival of the European Union, top officials of the Eurasian Economic Union have repeatedly highlighted the need to establish closer cooperation between the two major organizations. But the Crimean crisis and the subsequent anti-Russian sanctions hampered this process.

With a combined nominal gross domestic product (nominal GDP) of nearly $1.48 trillion and a population of 183 million people, EAEU countries have at their disposal a wide range of railway networks, including the Trans-Siberian Railway. With a length of 9,289 kilometers (5,772 miles), it is the longest railway line in the world and connects Moscow with Russia’s eastern seaport of Vladivostok, near North Korea.

The EAEU has partly merged with the Beijing’s multi-billion logistic project known as the Belt and Road Initiative, after the governments of Kazakhstan and China inked an agreement to connect their railway networks. The route, however, bypasses Russia’s territory, denying what is the Caspian region’s wealthiest country of getting additional billions out of transporting Chinese goods to Europe. President Nazarbayev’s idea of constructing a navigable channel and coupling it with a high-speed highway could be an alternative for Russia to reap some of the benefits of Kazakhstan’s participation in China’s mega-project.

The next EAEU summit will be held late this year, according to Russia’s President Vladimir Putin.

“We agreed that it will be [between] the end of November and the first half of December, in St. Petersburg. Everyone is invited,” the Russian leader said on Monday.