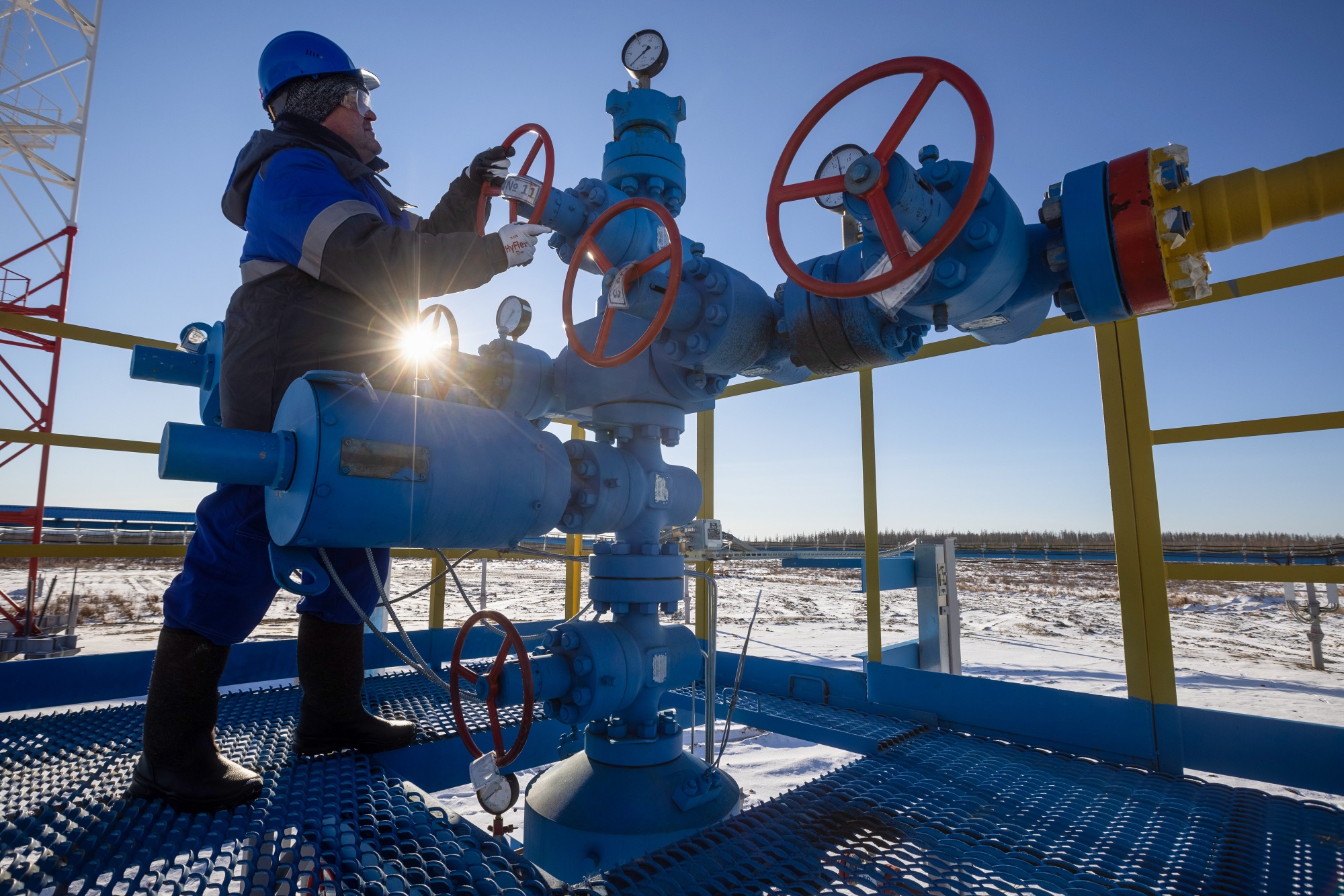 The European Union has already agreed to phase out Russian coal imports as part of the fifth wave of sanctions imposed on Russia last month over what Moscow calls a "special military operation" in Ukraine.

EU Commission President Ursula von der Leyen proposed to the 27-nation bloc a complete ban on oil imports from Russia — the sixth and toughest package of sanctions against Moscow over its invasion of Ukraine.

Addressing the European Parliament in Strasbourg on Wednesday, Leyen called on the EU's member nations to phase out imports of crude oil within six months and refined products by the end of the year.

"Let us be clear: it will not be easy," Leyen said in her address to the EU member states at the European Parliament Plenary. "Some Member States are strongly dependent on Russian oil. But we simply have to work on it."

"This will be a complete import ban on all Russian oil, seaborne and pipeline, crude and refined. We will make sure that we phase out Russian oil in an orderly fashion, in a way that allows us and our partners to secure alternative supply routes and minimizes the impact on global markets," she added.

The European Union has already agreed to phase out Russian coal imports as part of the fifth wave of sanctions imposed on Russia last month over what Moscow calls a "special military operation" in Ukraine.

Yet, the proposal to impose an oil embargo, which must be unanimously approved to take effect, may face fierce resistance and even risk sowing division among EU nations. Spain, Portugal, and France import relatively low amounts of oil from Russia, while Hungary, Slovakia, Finland, and Bulgaria, usually import more than 75 percent of their oil from Russia and might struggle to replace it with alternative sources.

Hungary has already been offered an extra year to ditch Russian oil but rejected the proposal as unacceptable. The Czech and Slovak governments are seeking a more extended transitional period — about two or three years — before they can implement a ban on Russian oil.

After Leyen's recent announcement, the global benchmark Brent crude price rose by more than 3.7 percent for the day.

Along with the oil embargo, Leyen also proposed sanctioning more Russian banks. The European Commission is reportedly set to exclude Sberbank, Russia's largest bank, and two other major banks from an international payment system used by thousands of financial institutions and known as SWIFT.

"By that, we hit banks that are systemically critical to the Russian financial system and Putin's ability to wage destruction," Leyen said.

Under the sixth package of sanctions, all 27 members also plan to ban three big Russian state-owned broadcasters from their airwaves over the spreading of disinformation about the war in Ukraine.

"They will not be allowed to distribute their content anymore in the EU, in whatever shape or form, be it on cable, via satellite, on the internet or via smartphone apps," Leyen said, describing these TV channels as "mouthpieces that amplify Putin's lies and propaganda aggressively."

Since Russia's invasion of Ukraine began on February 24, European countries have been focusing on how to wean themselves off Russian oil and gas. Officials in the US and the UK have already said their countries will stop buying Russian oil. Other European leaders have focused on limiting their imports over the next several years through conservation, finding alternative sources, and switching to wind and solar power as fast as possible.