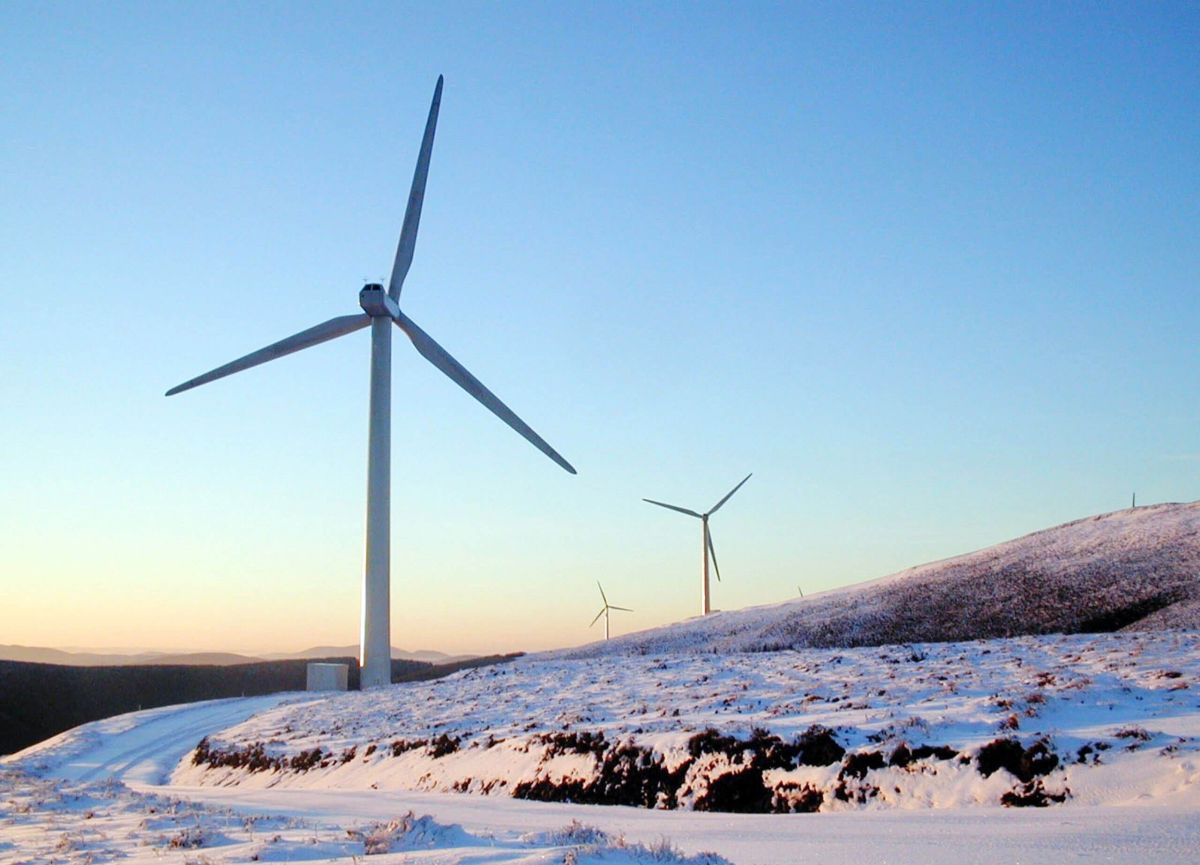 According to the European Bank for Reconstruction and Development, Kazakhstan’s steppe geography makes it suitable for the development of wind energy.

Kazakhstan is not letting its vast oil and natural gas reserves hold it back from developing renewable resources. Earlier this week, a joint Italian-American venture launched the first wind power plant in Aktobe, Kazakhstan’s western region that borders Russia to the north.

With an annual power generation of nearly 200 GWh, the plant called Badamsha, is equipped with environmentally friendly and modern technologies. Badamsha has the capacity of 48 megawatts (MW) and consists of 13 wind turbines that convert the wind’s kinetic energy into electrical energy, which is said to be sufficient to supply electricity to a small town with a population of 20,000.

Officials in Nur-Sultan have allocated approximately 1,000 acres of lands for the construction of the plant – the size of 757 football fields. The commercial production of energy at the wind power plant will reportedly begin next February.

The plant was constructed thanks to a $100 million deal signed last year by Kazakhstan’s government, and Arm Wind – the company founded by the Italian multinational oil and gas company Eni and the American industrial giant General Electric (GE). Earlier this year, Arm Wind won an auction for another wind power plant in Aktobe, Badamsha-2, which will be of the same capabilities as the newly-launched facility.

Both Badamsha and Badamsha-2 are expected to reduce carbon emissions up to 172,400 tons and 172,600 tons respectively.

The construction of the second plant will cost about $90 million. Officials in Arm Wind are currently working to determine the location of the new facility.

“This project is of high importance for us. Kazakhstan is the third country in the world in which Eni invests,” said Giovanni Becherucci, a project execution manager at Eni, according to a report by Inbusiness.

“So far, all our investments will be [concentrated] in the Aktobe region,” he added.

The project, however, will not be a first for Eni in Kazakhstan, as the Italian company has been involved in the Central Asian country since 1992 and is responsible for the exploration of the Karachaganak (29.25 percent) and Kashagan oil and gas fields. Since 1992, Eni’s investments in Kazakhstan have exceeded $15 billion. At the same time, GE’s activities in Kazakhstan range from transportation and logistics to oil and gas developments, water treatment and health.

Meanwhile, government officials in Kazakhstan hope the facility will become a successful model for renewable energy and one of Kazakhstan’s largest.

Kazakhstan’s population is nearly 19 million which is high for Central Asia, but globally low. Kazakhstan vowed to reduce its carbon emissions up to 30 percent by 2050 under the Kyoto Protocol, which went into effect in 2009. The country is also trying to switch to a ‘green’ economy, despite its vast fossil fuel reserves, and is determined to generate 10 percent of its electricity from renewables by 2030; and at least half by mid-century.

According to the European Bank for Reconstruction and Development, Kazakhstan’s steppe geography makes it suitable for the development of wind energy. Roughly 50 percent of the country’s territory has average wind speeds of 4 to 6 meters per second, suitable for energy generation. The most promising areas include the northern and central regions, as well as the Caspian Sea region.