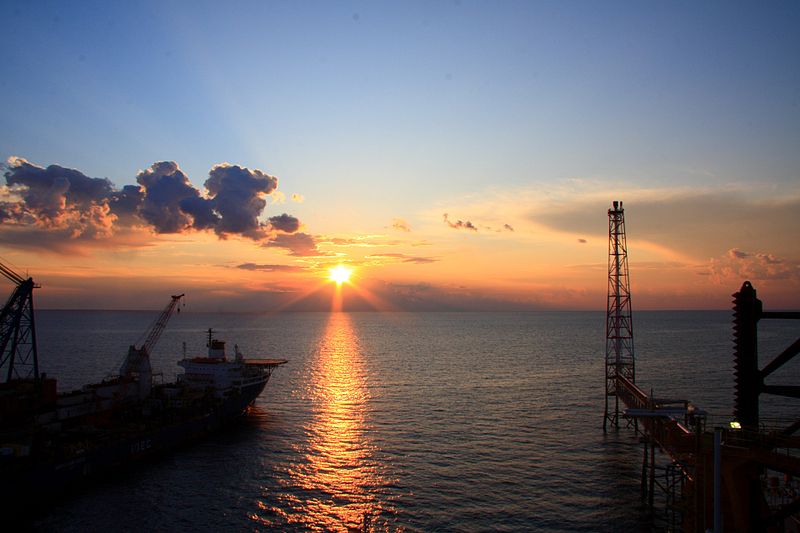 Turkmenistan will be taking Iran to the International Court of Arbitration (ICA) over an energy deal that has gone sour after 20 years.

The National Iranian Gas Company (NIGC) owes Turkmenistan roughly $2 billion for its exports. But Iranian officials want to negotiate the debt payment, saying Turkmenistan has not exactly upheld its end of the bargain.

“It is possible that Iran and Turkmenistan will come to terms in the future in connection with the issue,” said energy expert Ilham Shaban, the head of the Caspian Barrel Oil Research Center. “On the other hand, a lot of foreign investments are being made into Iran’s gas sector, and therefore Iran doesn’t need Turkmen gas anymore," he added.

Turkmenistan has been supplying gas to northern Iran since the late 1990s, due to the region’s lack of infrastructure and remoteness from Iran’s energy-rich south. While Iran has energy resources of its own – it is the fifth largest oil producer and the third natural gas producer in the world – it imports gas from Turkmenistan to its remote regions in the north and northeast of the country.

Turkmenistan occasionally raised its gas prices for Iran during the winter. In 2006, Turkmenistan suspended shipments and demanded a nine-fold price increase, at which time Iran accepted the higher prices, albeit for a short period.

In 2008, Turkmenistan increased the gas price eight-fold, from $40 to $360 for every 1,000 cubic meters. The Iranian government agreed with the price, but later, with the fall in global gas prices, the price of the imported gas from Turkmenistan dropped as well.

By late 2016, Turkmenistan demanded that Iran pay around $2 billion for gas that was supplied during the winter of 2007-08. Iranian officials said the figure was too high and that Ashgabat was deliberately increasing the price to $360 per 1,000 cubic meters (35,315 cubic feet), or about nine times the usual price.

Iran is at odds with its Caspian neighbor over three main issues: Turkmenistan cutting off supplies on January 1, 2017 without prior notice, the supposed low quality of the gas it was receiving, and what Iranian authorities considered too high a price. Last-minute negotiations before the New Year in 2016 appeared to end in an agreement, but as of January 1 Turkmenistan shut off gas supplies and have not turned them back on ever since.

During a cabinet meeting on December 4, Turkmenistan’s President Gurbanguly Berdymukhammedov instructed his ministers to support Iran’s position that the only way to solve the dispute is through the ICA. Because no consensus was reached between the two countries throughout the year, by December Berdymukhammedov agreed to Iran’s suggestion of bringing the case to the ICA.

Turkmengas’ Chairperson Myrat Archayev said Iranian counterparts “propose to file a lawsuit to the International Court of Arbitration,” according to reports in Turkmenistan Today.

Iranian officials have indicated a different version of events, however.

On December 13, a week after Turkmenistan’s announcement that it will move ahead with filing its complaint with the ICA, Iran’s Minister of Petroleum Bijan Zangeneh said that Iran is still open to further talks with Ashgabat for resolving the dispute bilaterally, and only if those fail will the case be brought to the ICA.

With the development of pipelines in Iran’s north, officials have said imports from Turkmenistan have become increasingly unnecessary. Iran opened the 170 km (106 mi) Damghan-Sari pipeline with a capacity of 40 million cubic meters (1.4 billion cubic feet) per day in August of last year, which carries gas to its six northeastern regions.

Meanwhile, according to Iran's five-year Economic Development Plan (2017-22), the Iran Power Generation, Distribution and Transmission Company, better known as Tavanir, has been tasked with boosting Iran’s electricity exports to its neighbors.

"Currently, we largely import electricity from Turkmenistan, and our top electricity buyer is Iraq,” said Zaman Hosseini, a deputy manager of the company, on Thursday and according to IRNA news agency. “The expansion of electricity exchanges with neighboring countries is also our top priority.”

Under swap deals, Iran exports electricity to Armenia and Azerbaijan in the winter, and imports it when domestic demand soars in the summer.

More and more, Turkmenistan appears to be isolated in a market that forms the backbone of its $36.6 billion economy. About 25 percent of the country’s gross domestic product is tied to hydrocarbon exports.

Russia stopped buying gas from Turkmenistan as of January 2016 following a price dispute. Now with Ashgabat’s row with Tehran, China is by far Turkmenistan’s biggest customer.

Azerbaijan, Iran, and Turkmenistan have agreed on a natural gas swap deal for up to 2 billion cub...

Officials from Kazakhstan, Iran, and Turkmenistan have signed a trilateral memorandum of understa...