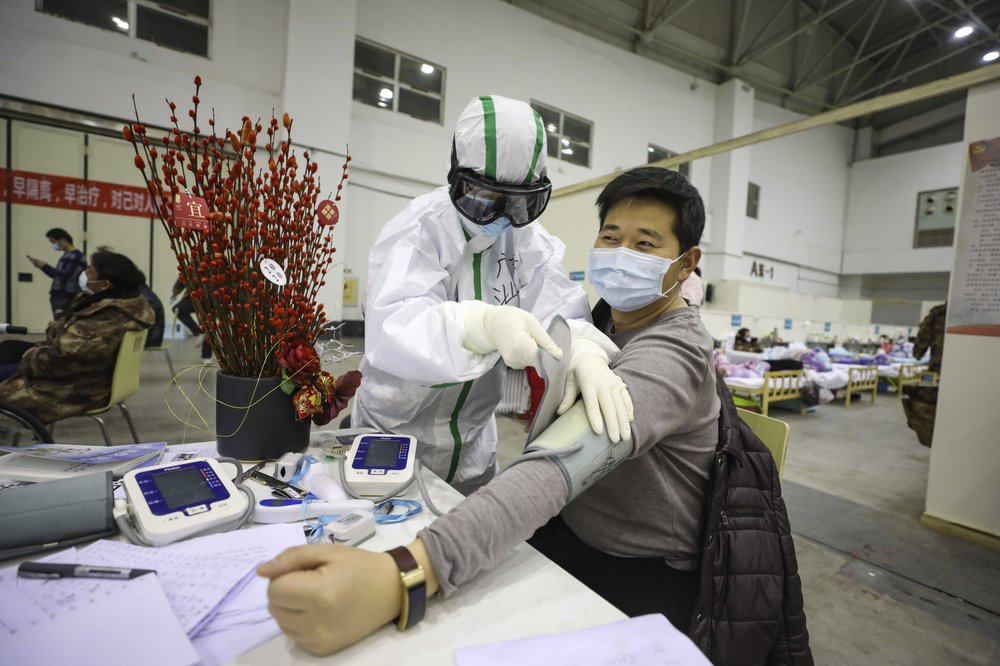 A medical staff member attends to a COVID-19 patient in a temporary hospital in Wuhan in central China's Hubei province on February 18, 2020. The hospital, one of the dozen of its kind built in Wuhan, hosts COVID-19 patients with mild symptoms. / AP

Two people have died in hospital in the Iranian holy city of Qom after testing positive for the new coronavirus, while several more people have been infected with the virus originated in central China.

“The two old men who had been infected with coronavirus, were the elderly residents of Qom,” Alireza Vahabzadeh, an adviser to the country's health minister told IRNA on February 19.

They died of respiratory complications, senility, and faulty system of immunity in the intensive care unit where they were kept, according to the ministry. The two were residents of separate districts in the province of Qom, and neither traveled to China nor left the region. The city of Qom, which is located 150 kilometers (93 miles) south of the capital city Tehran, is the primary religious center of the clergy-dominated country.

Five more cases of the virus have been diagnosed in Qom as well, according to Mohammad-Mehdi Gooya, head of the management center for epidemic diseases at Iran’s Health Ministry. The suspected people have been moved to Tehran for medical evaluations and observation.

The spokesman for the Iranian administration, Ali Rabiei, said in a Tweet on February 20 that the country has formed a special task force to battle coronavirus, and it is tasked with taking necessary preventative measures and confronting the further spread of the virus.

The announcement of coronavirus cases comes a few weeks after authorities evacuated dozens of Iranian students from Wuhan, in the Chinese province of Hubei, where the virus began in early December 2019. The 57 students were released from a 14-day quarantine inside a hotel in southwest Tehran on February 18.

Over 75,000 people have been infected globally, with more than 2,100 deaths being reported, mostly in China. The new virus causes cold- and flu-like symptoms, including cough and fever, and in more severe cases, shortness of breath. It can worsen to pneumonia, which can be fatal. The World Health Organization recently codenamed the illness it causes COVID-19, referring to both coronavirus and its origin late last year.

Iraq and Kuwait have temporarily restricted the entry of Iranians into their countries to stem the outbreak of the coronavirus.

The Iraqi Border Crossing Authority on February 20 said Iranian travelers will not be allowed to enter Iraq through shared border crossings for at least next three days. Millions of Iranians traditionally travel to Iraq to visit Shi'ite holy sites located in the country. Iraq’s national carrier, Iraqi Airways, has also suspended flights to Iran, according to Radio Farda.