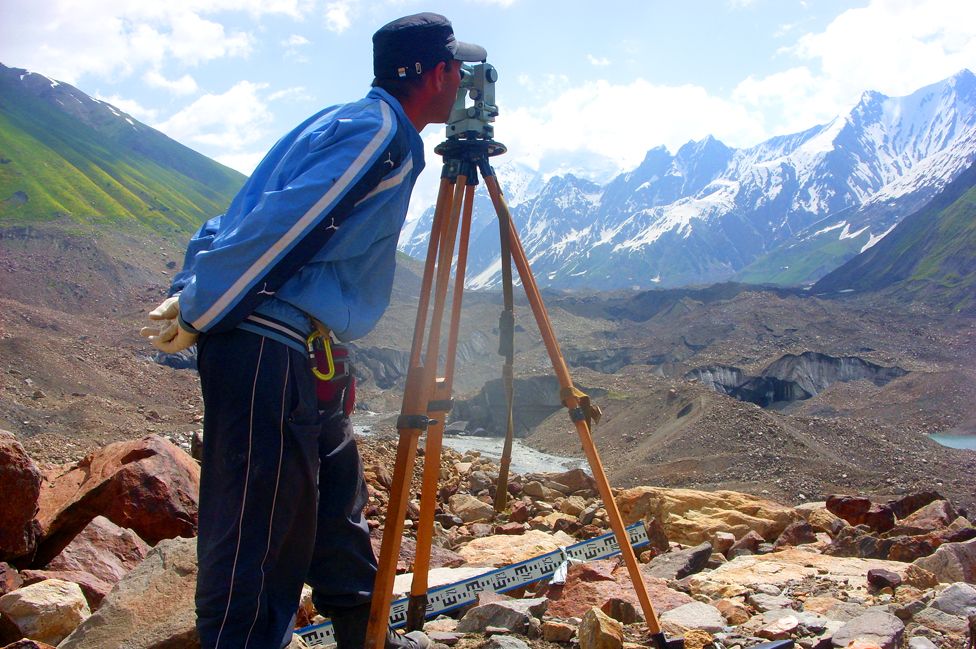 To track changes in movements of its 2,724 glaciers, Kazakhstan has three permanent research stations, one which is based near the Tuyuksu glacier in the Malaya Almatinka River basin. / BBC

Concerned about global climate change, Kazakhstan is planning to launch a Regional Glaciological Center in the country’s largest city, Almaty, to explore melting of glaciers and help find solutions to the country’s water crisis.

“We are going to attract leading scientists from Russia, Uzbekistan, Kyrgyzstan and Tajikistan, as well as scientists from Japan, the US, Canada and Germany, who are closely involved in glaciology,” Turebek Tokmagambetov, the head of the Department of Glaciology at Kazakhstan’s Institute of Geography, told Caspian News.

The activities of the center, which will operate under the auspices of UNESCO, will focus on how climate changes affect glaciers, snow covers, glacial lakes, underground ice, permafrost, and the impact of climate change on regional water resources.

Kazakhstan initiated the project in 2006, when the country hosted the UNESCO-led Seminar and Workshop on Science, Technology and Innovation Indicators. Six years later, in December 2012, representatives from Astana and UNESCO signed an agreement to establish the Glaciological Center within Kazakhstan’s Institute of Geography.

“President Nursultan Nazarbayev ratified this document in March 2017, and we are expecting the center to open its doors in the very near future, most likely by the end of this year,” Tokmagambetov said.

Stretching between China and the Caspian Sea, Kazakhstan measures over 2.7 million square kilometers (1.05 million square miles), making it the world’s ninth largest country. With a population of nearly 18 million, the largest in Central Asia, fresh water is in high demand. In 2015, residents in Kazakhstan consumed about 510 million cubic meters (18 billion cubic feet), making it one of the world’s largest water-consuming countries.

Main sources of fresh water include rivers such as the Irtysh, Syr Darya, Ural and Ili, some of which are fed by glaciers located mostly in the eastern and southeastern corners of Kazakhstan.

To track changes in movements of its 2,724 glaciers, Kazakhstan has three permanent research stations, one which is based near the Tuyuksu glacier in the Malaya Almatinka River basin. Launched in 1972, this station has the longest series of observations amongst former Soviet republics, or the Commonwealth of Independent States, and its data is shared internationally, including with the Switzerland-based World Glacier Monitoring Service.

Researchers say monitoring the cryosphere, or frozen parts of mountains, in the region is important in order to predict if Kazakhstan will have enough resources to meet economic and social demands, like access to clean water. Water scarcity is no small matter in the region, and some experts say that it may face a problem come the year 2030.

Desertification is not unheard of in Kazakhstan, and the Soviet Union left a permanent scar in areas including the Aral Sea basin. Once occupying a territory of more than 60,000 square kilometers (23,000 square miles) on the border between southwestern Kazakhstan and northwestern Uzbekistan, the sea’s surface area measures just 17,160 square kilometers (6,626 square miles), or just ten percent of its original volume.

The Syr Darya and Amu Darya, the two largest rivers in Central Asia, used to flow into the Aral Sea, but after their waters were diverted by the USSR to irrigate cotton fields in Uzbekistan, most of the Amu Darya’s waters failed to ever reach the Aral Sea. As a result of desertification, the sea has split into two salt lakes:  the South Aral Sea, dubbed the “Large Sea” and lying mainly within Uzbekistan’s borders, and the North Aral Sea, also called the “Small Sea,” in Kazakhstan.

In an attempt to raise the sea’s water levels, Kazakhstan’s government has allocated $85 million for the construction of the Dike Kokaral dam, which runs along a narrow stretch of water separating the North Aral Sea from the South Sea. Designed to conserve water flowing from the Syr Darya River, the dam is attempting to revive the ecology of the North Aral Sea and its surrounding area.