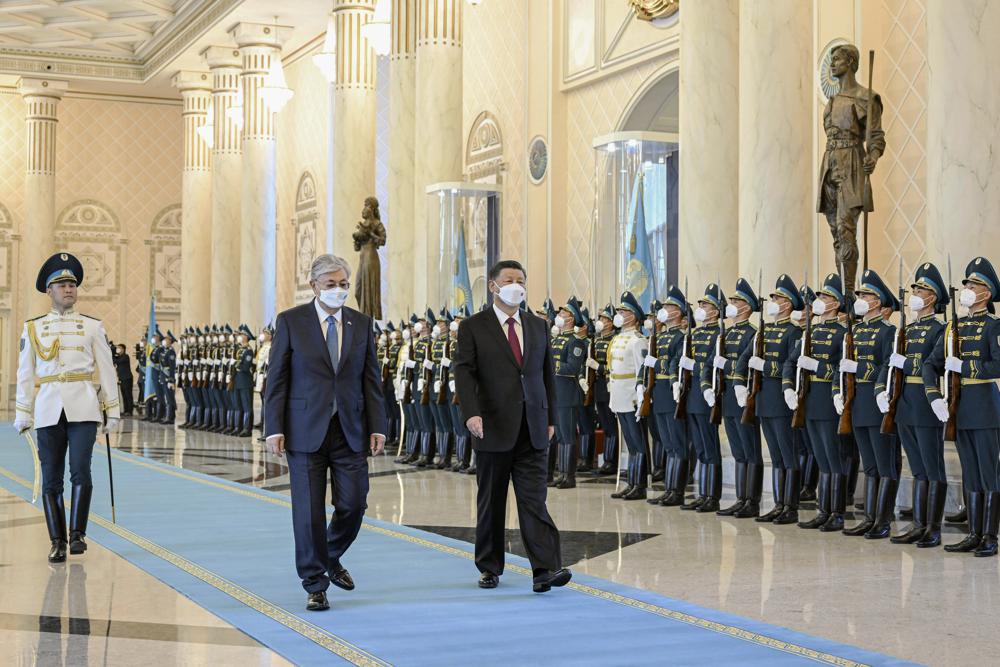 During his official visit, Xi made it clear that Beijing would not tolerate any encroachments on Kazakhstan’s territory.

Chinese President Xi Jinping made a strong statement in support of Kazakhstan’s territorial integrity during his three-day visit to Central Asia.

On Wednesday morning, President Xi was warmly welcomed by his Kazakhstani counterpart Kassym-Jomart Tokayev and senior officials at the airport tarmac in the Kazakh capital of Nur-Sultan.

During his official visit, Xi made it clear that Beijing would not tolerate any encroachments on Kazakhstan’s territory.

“I would like to assure you once again that the Chinese Government pays great attention to relations with Kazakhstan,” he said in a statement issued on the official website of the Kazakh president.

“No matter how the international situation changes, we will continue our strong support to Kazakhstan in protecting its independence, sovereignty and territorial integrity, as well as firm support to the reforms you are carrying out to ensure stability and development, and strongly oppose to the interference of any forces in the internal affairs of your country," Xi added.

Xi’s three-day visit to Central Asia came as Kazakh-Russian relations stall over the war in Ukraine. Although neighboring Kazakhstan is a close ally of Moscow, Central Asia’s largest country has avoided taking sides in the ongoing war between Russia and Ukraine, and called for a peaceful resolution.

Addressing the St. Petersburg International Economic Forum in mid-June, Tokayev made it clear that Kazakhstan would not recognize the self-proclaimed Luhansk and Donetsk people's republics in Ukraine. Kazakhstan also did not assist Russia in circumventing sanctions, prompting aggressive rhetoric by certain Russian politicians.

The world’s largest landlocked country, Kazakhstan is an important cross-continental transit route that is rich in mineral and oil reserves. Due to its strategic geographic position, Kazakhstan serves as a gateway to China for western markets. In 2015, the two sides agreed to link Kazakhstan’s railways to China’s Belt and Road Initiative, incorporating the capital city, Nur-Sultan, into the global mega-logistics project.

Sharing a 1,700-kilometre border, energy-rich Kazakhstan is one of China’s most important neighbours. Since Central Asia’s largest country gained independence in 1991, China has become Kazakhstan’s second-largest trading partner and number one export destination.

Given that, some experts suggest that Xi’s statement was a message to Russian President Vladimir Putin, warning him against meddling in Central Asia, where Russia and China are the two major geopolitical players.

This was Xi’s first trip outside China since the outbreak of the coronavirus pandemic more than two years ago. This year, Kazakhstan and China mark the 30th anniversary of the establishment of bilateral diplomatic relations.

Xi left Kazakhstan on Wednesday evening to attend the 22nd meeting of the Council of Heads of State of the Shanghai Cooperation Organization (SCO), which took place in Samarkand, Uzbekistan, on September 15-16.