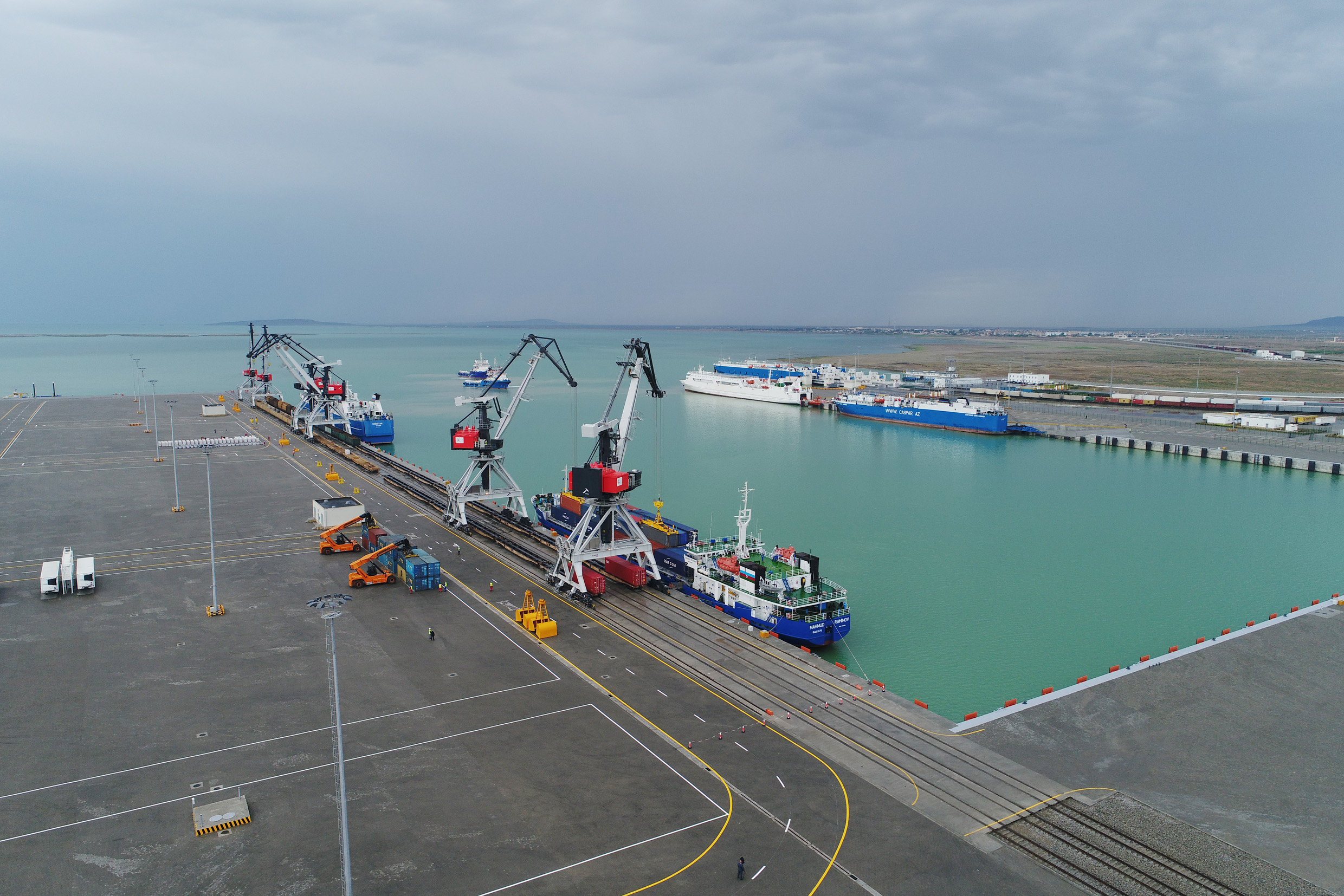 The government in Beijing is seeking stronger ties with partners in Europe and Asia, including in the Caspian region. A visit by a top Chinese official to Baku last week was, at least in part, aimed at garnering more support for China’s massive logistics and transportation project, the Belt and Road Initiative.

Azerbaijan’s geographical location along the multi-modal trade and transportation corridor was on the agenda last week when a Chinese delegation traveled to Baku.

A three-day visit by the chairman of China’s Standing Committee of the National People's Congress of China, Li Zhanshu, from September 19-21 included meetings with President Ilham Aliyev and Prime Minister Novruz Mammadov.

“We already have good results in the field of energy, transport, and the humanitarian sphere. We are pleased that goods from the People's Republic of China are transported to world markets through Azerbaijan,” President Aliyev said in his meeting with Zhanshu on September 19, according to the president’s official website.

As part of the meeting with Prime Minister Novruz Mammadov a day later, Zhanshu reportedly said that Azerbaijan’s strategically significant location at the crossroads of Europe and Asia makes it an important country along the Belt and Road corridor. He said Beijing is ready to inject new blood into the already-existing cooperation with Azerbaijan, which may lead to achieving more from current joint efforts in building the route.

Belt and Road would leverage the Trans-Caspian International Transport Route (TITR), considered an East-West corridor that passes through the Azerbaijani portion of the Caspian Sea and connects to the country’s railway grid. Using TITR has additional benefits because it could open up a northern option, where goods travel from western China into Kazakhstan through the Khorgos border crossing, then get shipped across the Caspian Sea from Kazakhstan’s Aktau port to the new Baku International Sea Trade Port, which can handle nearly 12 million tons of cargo per year and possibly up to 25 million in the coming years.

TITR is not the only logistical line that is expected to benefit Belt and Road. The 826-kilometer Baku-Tbilisi-Kars railway will also contribute. Connecting Azerbaijan, Georgia and Turkey, the line opened just two years ago and can transport 6.5 million tons of cargo annually. Goods will move along the Baku-Tbilisi-Kars railway westward to Turkey, and further westward into Europe.

China’s contributions so far to Azerbaijan’s infrastructure projects is substantial. Grants worth $70 million and equipment worth an additional $2 million for the $545 million new port project in Azerbaijan is a testament to Beijing’s ambitions in the Caspian.

Geopolitical analyst Mahir Humbatov in Baku says the reason why China is so interested in Azerbaijan’s maritime transportation grid is the absence of single tariffs on overland routes and the comparative feasibility of sea channels.

“China understands that for now, when there is no single standard tariff on the land route, it is much easier to transport goods via sea channels,” Humbatov told Caspian News. “China buys a port in Eastern Africa, manages another port in Southern Sri-Lanka, launches a huge investment program and manages another port in Pakistan. [It] obviously wants to eliminate all barriers that might appear on the way of development of Belt and Road Initiative and Maritime Silk Road.”

Companies from Azerbaijan and China inked ten agreements worth at $821 million on the sidelines of the second Belt and Road for International Cooperation in April in Beijing.

Azerbaijan is the main trade partner of China in South Caucasus accounting for 43 percent of Beijing’s trade in the region. As of September 2019, the overall trade volume of the two countries reached $1.3 billion. Trade in goods between China and countries involved in Belt and Road surpassed $6 trillion, and Chinese companies invested directly over $90 billion in the BRI countries from 2013 to 2018. The potential growth rate for both is 4 percent and 5.2 percent, respectively.