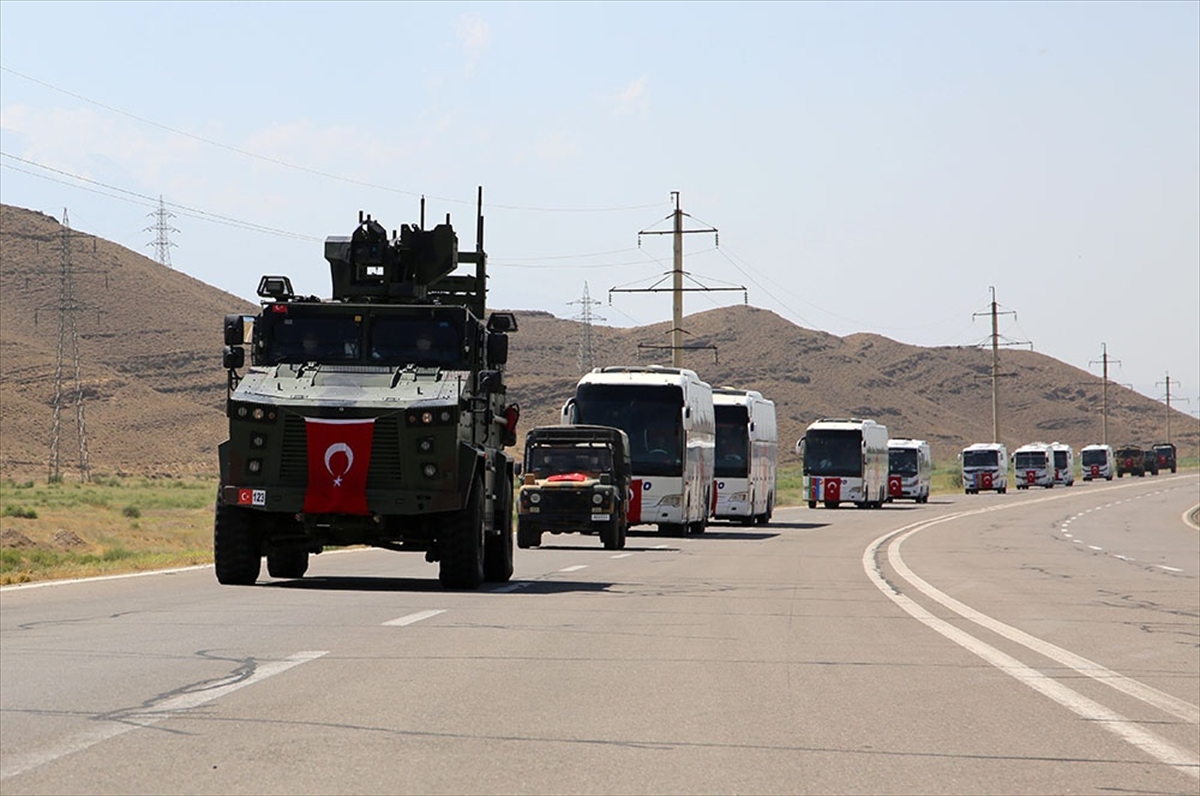 The Ministry of National Defense of Turkey announced Sunday that a joint Turkish-Russian Center for monitoring the ceasefire will soon be launched in the Karabakh region of Azerbaijan.

"Necessary work is being carried out in coordination with Azerbaijan and RF [Russian Federation] to activate the Joint Center to be established in Aghdam for observing and controlling the ceasefire as soon as possible," reads a statement issued by the ministry.

The joint center was first announced by Azerbaijan's President Ilham Aliyev in a meeting with the Turkish foreign and defense ministers and intelligence director in Baku on November 10, simultaneously with the end of the war in the Karabakh region. The president has then said that this is an all-new format of regional cooperation which supports Azerbaijan's interests of having Russia and Turkey play an equal role in the Nagorno-Karabakh conflict.

Turkish President Recep Tayyip Erdogan confirmed the plans and noted on November 11 that Ankara and Moscow had signed a memorandum of understanding establishing the joint Turkish-Russian center. Erdogan said an observation and inspection team from Turkey deployed to the center would perform the same tasks as their Russian counterparts.

The center will reportedly monitor the ceasefire under a tripartite ceasefire statement signed by Azerbaijan, Armenia and Russia on November 9. The document ceased 44-day-long hostilities in Azerbaijan's Karabakh region securing major territorial regains for Azerbaijan, while obliging Armenia to return three occupied districts to the Caspian country by December 1. The Azerbaijani army retook control over the occupied parts of the Aghdam district, as well as the Kalbajar and Lachin districts by the date specified in the document.

Russia assumed the peacekeeping mission in the Nagorno-Karabakh region of Azerbaijan under the trilateral ceasefire deal. Currently, a contingent of 1,960 Russian peacekeepers serves in the observer posts deployed in the region. Russian peacekeeping forces will remain in the Nagorno-Karabakh region for the next five years as stated in the ceasefire agreement.

Although the date for the arrival of Turkish peacekeeping troops is unknown, the parliament of Turkey has already approved the law on sending them to Azerbaijan on November 17 and President Erdogan signed it on November 18. According to the document, Turkish troops will be stationed at the joint Russian-Turkish center for one year. President Erdogan's administration will determine the number of troops to be deployed which has not been specified to date.

Meanwhile, the Ministry of National Defense of Turkey revealed in the same statement that 2 Special Mine Search and Cleaning teams numbering 135 personnel are assisting the Azerbaijani combat engineers to search and destroy the mines and handmade explosives in the liberated territories. Moreover, a total of 12 teams and 64 personnel, including three Handmade Explosive Detection and Destruction teams and nine Explosive Detection and Destruction teams of the Turkish Armed Forces are currently training the Azerbaijani sappers.

Officials at the Azerbaijan National Agency for Mine Action (ANAMA) say neutralization of unexploded ammunition, warheads, missiles in the combat zones could take 5-6 years, while it is about 10-13 years for the mined areas.

The latest outbreak of war in Azerbaijan's Karabakh region started with attacks by Armenia's forces deployed in the occupied Azerbaijani lands on the military positions and civilian settlements of Azerbaijan on September 27. The attacks triggered the Azerbaijani forces to take immediate counter-offensive measures for pushing back the assault. Before the war ended in a Russian-brokered ceasefire on November 10, the Azerbaijani forces liberated over 300 settlements, including five major cities from Armenia's occupation.