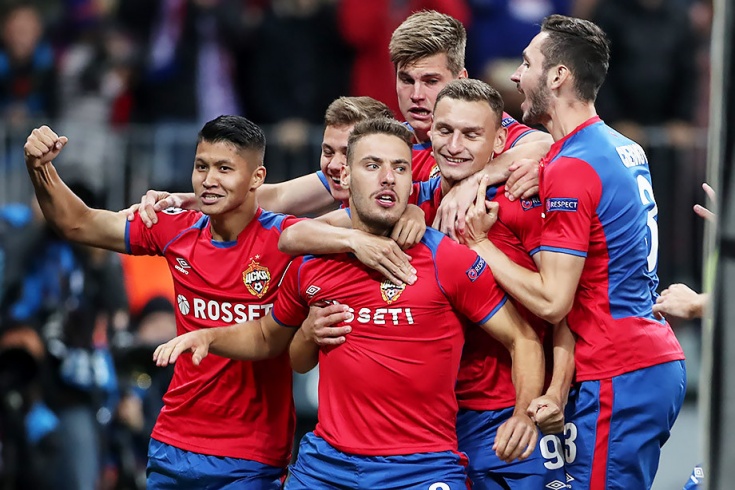 Two football (soccer) teams from Moscow finished their matches within the second group stage games of the UEFA Champions League, and one has defeated the title holder of what is Europe’s top club-level championship.

Three-time consecutive Champions League winners Real Madrid suffered a surprise defeat against CSKA Moscow on October 2 at VEB Arena in Russia’s capital. Real Madrid’s German midfielder Toni Kroos’ mistake let CSKA’s Croatian attacking midfielder Nikola Vlasic find the back of the net in the second minute of the game. Real Madrid tried to hit back three times but was unsuccessful in every attempt, costing the team the match. Real Madrid has won the Champions League more than any other team – a record 13 times, including in 2016, 2017 and 2018.

CSKA, translated as “Central Sports Team of the Army," jumped to the top position with four points in Group G, and Real Madrid fell to second place. Italy’s Roma destroyed Viktoria Plzen from the Czech Republic in the second game of the group and ending 5-0. Roma and Viktoria Plzen now stand at numbers three and four, respectively, in Group G.

CSKA will travel to Italy and square off against Roma on October 23, while Real Madrid will be looking for a second victory against Viktoria Plzen on its home turf in Santiago Bernabeu on the same day.

Lokomotiv Moscow could not build on the winning spirit of CSKA, as it lost a home game to Schalke 04 of Germany in Group D, 0-1. A late goal by Weston McKennie in the game’s 88th minute clinched the win for Schalke 04. This was the second consecutive loss for Lokomotiv, pushing it to the bottom of Group D, with no points scored.

On October 24 Lokomotiv will play against Portugal’s Porto in a home match within the third group stage game. Turkey’s Galatasaray and Schalke 04 will face off in Turkey at Turk Telekom Stadium on the same day.