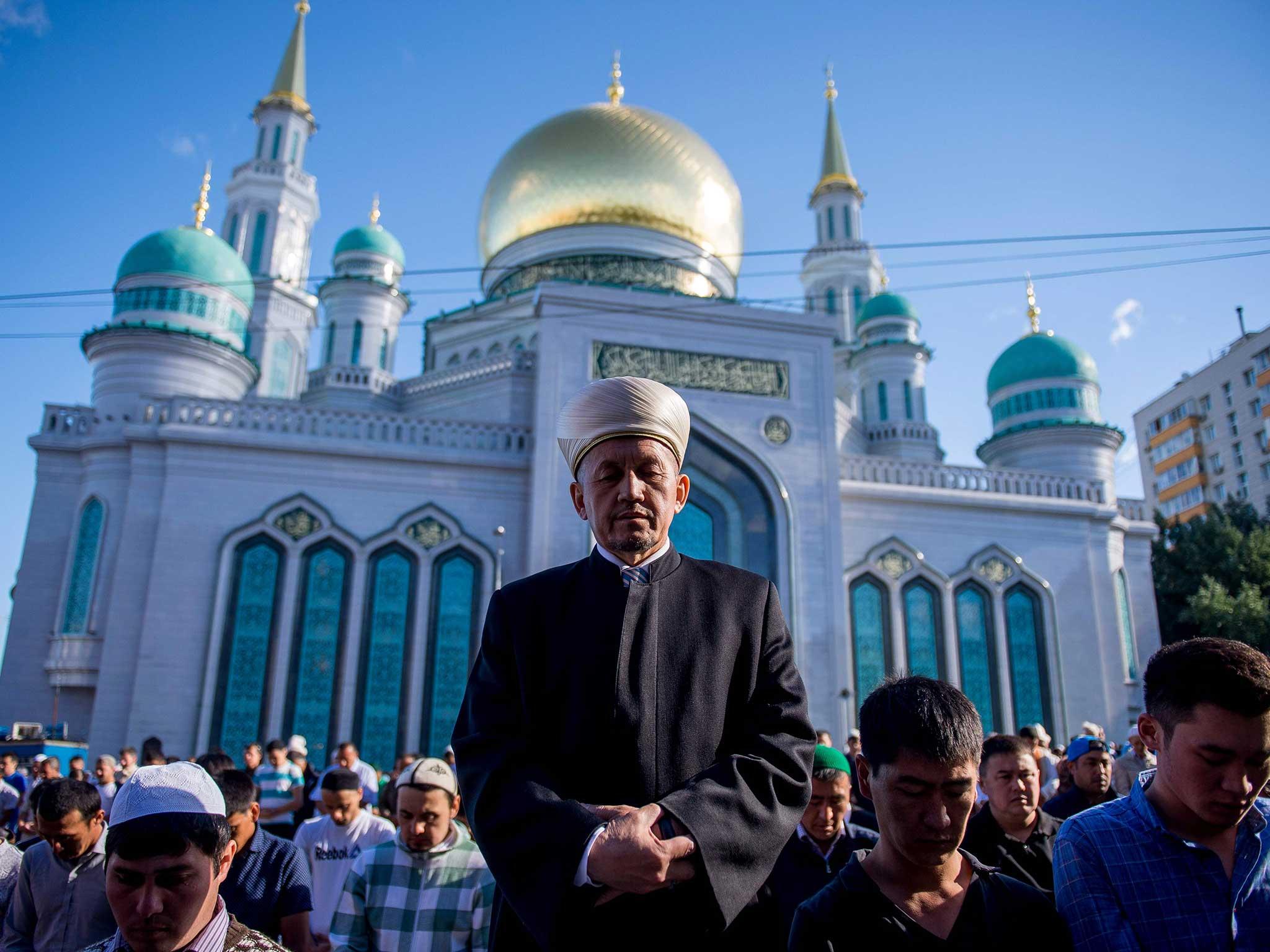 Nearly 20 million Muslims accounting for 15 percent of Russia’s population celebrated the Eid holiday. Muslims congregated to pray, enjoy a big feast, give gifts to one another and donate food to the poor. / The Independent

The Islamic holy month of fasting, Ramadan, comes to an end this week with the celebration of a joyous festival called Eid (meaning “festival” in Arabic), or more properly Eid al-Fitr. Muslims offered a prayer to mark the end of Ramadan, which is the ninth and the holiest month in the Islamic calendar.

The Islamic holy book, the Quran, was first revealed to the Prophet Muhammad during this month. Millions of Muslims living in the Caspian coastal states mark the end of the month-long fasting and the beginning of the tenth month in the Islamic lunar calendar, Shawwal. To announce the start of Eid, clerics watch for the new moon that marks the start of the new month.

Throughout Ramadan, observant Muslims – except those who are sick, pregnant or elderly – fast from dawn until dusk on a daily basis. Muslims believe that with abstinence from eating and drinking during Ramadan, they grow closer to Allah.

In Azerbaijan, Kazakhstan and Iran Eid al-Fitr falls on Wednesday, June 5 as the new moon is visible at different times around the world.

"Either with equipment or if possible with the naked eye, experienced groups try to spot the moon. Then all reports are collected and sent to the central office for moon-spotting at the supreme leader's office,” said Hossein Edalatian Alavi, who was leading a team of moon-spotters in Rey, located south of Tehran, according to reports by Euronews.

Iran is the only Caspian country that has Islam as its official religion for the 80 million people living there.

Meanwhile, neighboring Azerbaijan is constitutionally secular, although it is home to nearly 10 million people, 97 percent who are Muslim. A month-long period of fasting and reflection in Azerbaijan began on May 6, following a testimony, or fatva, issued by the Caucasian Muslims Office – the main religious institute that coordinates Islamic activities in the country.

People flocked to mosques across the country to pray to Allah for a blessing upon their families, relatives and friends, and to help them live the rest of the year in good health and prosper. A special prayer service was held on Wednesday morning in Baku at the Azhdarbay and Tazapir mosques.

Muslims in Kazakhstan, which account for 70 percent of the country's overall population, also celebrate Eid on Wednesday. A large part of those living in Kazakhstan sees Ramadan as a cultural marker and a testimony to their spiritual heritage and respect for others. Eid al-Fitr is seen as the manifestation of a holy power that helps to strengthen unity amongst people.

Muslims in Turkmenistan, which account for 89 percent of its population, celebrated Eid on Tuesday. There Eid al-Fitr is a national holiday, and as such was made a non-working day, according to a decree by President Gurbanguly Berdimuhamedow.

Nearly 20 million Muslims accounting for 15 percent of Russia’s population also celebrated the Eid holiday on June 4. Muslims congregated to pray, enjoy a big feast, give gifts to one another and donate food to the poor. President Vladimir Putin congratulated Russian Muslims with the end of the holy month on the Kremlin’s official website, stressing the importance of Muslim communities in the country.

“I would like to note with great satisfaction that Muslim organizations make a worthy contribution to the development of inter-religious and inter-ethnic dialogue, the unity of the peoples of Russia, consistently and resolutely oppose manifestations of religious intolerance and extremism,” Putin was quoted as saying.