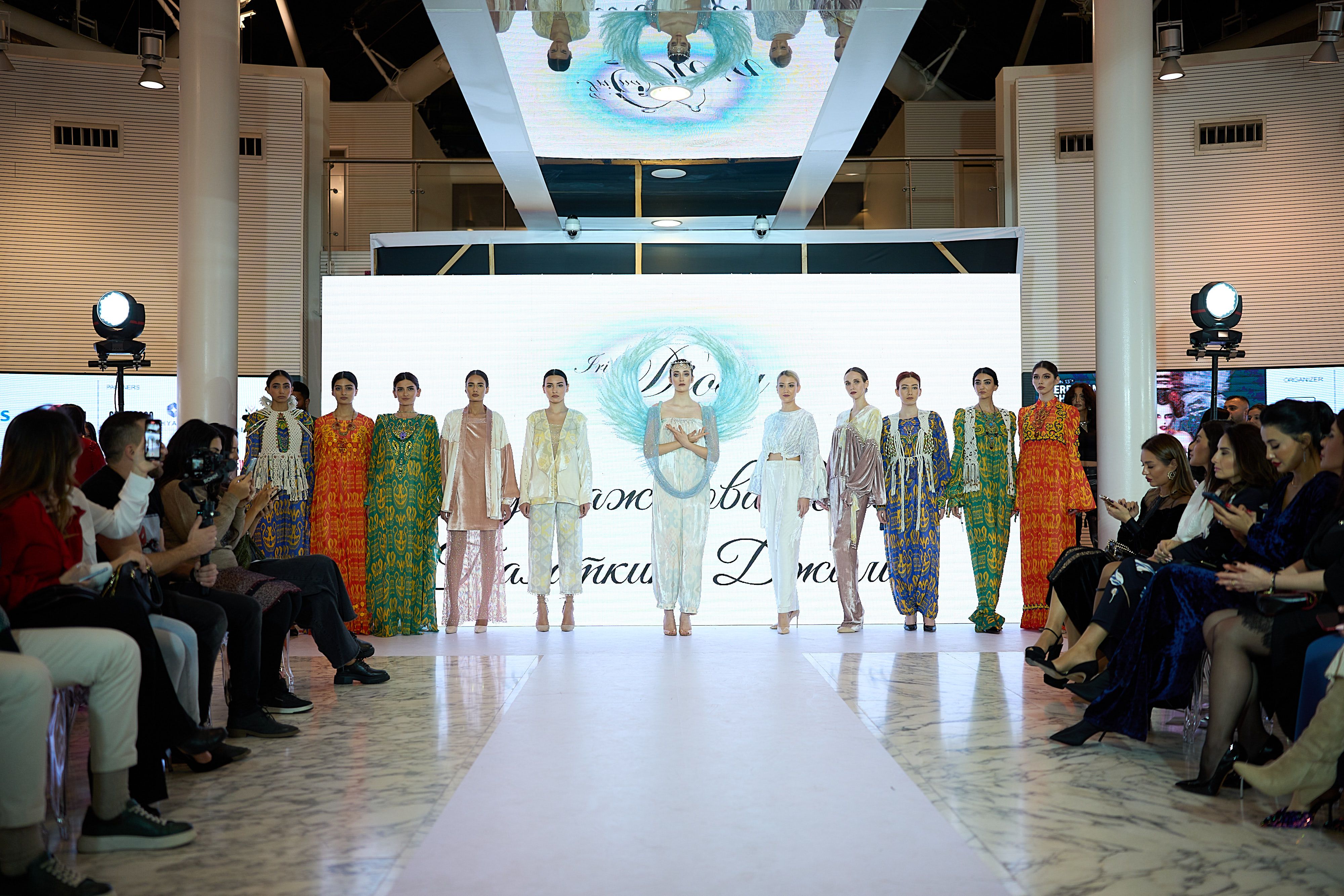 Held in Baku December 3-4, the 13th edition of Azerbaijan Fashion Week drew local and foreign designers and fashion-lovers to the capital’s International Mugham Center to showcase the latest designer collections.

In an interview with Caspian News, Sayad Dossybayev, Azerbaijan Fashion Week’s art director, highlighted the significance of hosting the event at the Mugham Center.

“I have always looked at this mesmerizing building and always wondered what it is,” Dossybayev said. “And then when I visited the Mugham Center, I found out that mugham is a traditional Azerbaijani genre of vocal and instrumental arts that has its own army of fans and stars. Mugham is very similar to the Kazakh Aitys [Aitysh], a traditional song competition where you tell a story through singing to praise something or, on the contrary, criticize it. And, therefore, mugham was of great interest to us and we wanted to hold our show within the walls of this temple of music," he said.

The event was dedicated to the 30th anniversary of the Azerbaijani-Kazakh diplomatic relations. On the first day of the event, Kazakh Ambassador to Azerbaijan Serzhan Abdykarimov addressed the audience in a video message, which lauded the close ties between the two countries.

The Kekalove brand collection was showcased on the runway on the second day of AFW as a tribute to the International Day of Persons with Disabilities, which marks annually on December 3 across the globe.

“We could not ignore this day,” Dossybayev said. “We believe that there are no people with reduced mobility, there are people with a misunderstanding about those with disabilities. So, we decided to demonstrate that they are a full-fledged member of society. We need to learn to live with them, to be friends with them, to communicate with them, and to see them everywhere, including restaurants, cafes, theatres, stadiums, concert venues and fashion shows.”

Kazakh Fashion designer Azamat Sain who featured children’s clothing at the AFW shared his thoughts on how to become a fashion designer.

“My advice to the mothers who want to make fashion designers of their children would be “start off from an early age.” Parents should care about arts education to develop their child’s fashion taste. Also, kids should go to museums, and theatres, and watch fashion shows to be aware of the modern trends in the fashion industry,” Sain told Caspian News.

Sain launched his own A-Sain kids brand in 2015, after having owned a modeling agency since 2011.

Looking towards the future of the fashion industry in Azerbaijan, the Kazakh designer said that fashion week events in the CIS countries keep gaining momentum.

“The great fashion designers like Yves Saint Laurent, Pierre Cardin, Jean Paul Gaultier and others have already created fashion, we only continue their path. The same with fashion week in Azerbaijan. Fashion as a significant part of the country’s culture is slowly developing and growing here. I believe every country should have its own Coco Channel,” Sain added when asked about the importance of Azerbaijan being on the world’s fashion map.

Azerbaijan Fashion Week has been held twice a year since 2012. The eye-catching fashion show aims to boost exposure of the country’s fashion industry and ensure a favorable environment for its designers. Dossybayev expects that increased support for the event by the government will help propel the industry domestically and help designers establish a presence abroad.

Professionals in the fashion sector were also made aware of Azerbaijan's charm and hospitality thanks to the project.

“This is my first time in Azerbaijan,” Uzbek fashion designer Irina Diosa told Caspian News. “I’m bewitched by the beauty of this country. The storage of my phone is already full of photos of your beautiful capital. Baku is a very hospitable city. There are a lot of people of Azerbaijani nationality living in Uzbekistan. Their particular hospitality makes them stand out from the crowd. And while I’m here, I felt that hospitality threefold.”

The Uzbek designer went on further to say that she had a chance to visit the Karabakh gem Shusha and pray for the souls of those who sacrificed their lives for the freedom of the city from the Armenian occupation.

Shusha is a key city in the Karabakh region thanks to its geographical location and historical significance as one of Azerbaijan’s major cultural, economic, and administrative centers.

Shusha is well known as “the temple of Azerbaijani culture and music” and the conservatory of the South Caucasus. It is home to one of the leading schools of mugham that has influenced music throughout the Caspian and Middle East regions.

Shusha was declared the cultural capital of Azerbaijan in May 2021 when the government unveiled plans to restore the city’s historical appearance, bring the city back to its former glory after being under Armenian occupation for almost three decades.