Bulgaria Looks To Link Up With Southern Gas Corridor 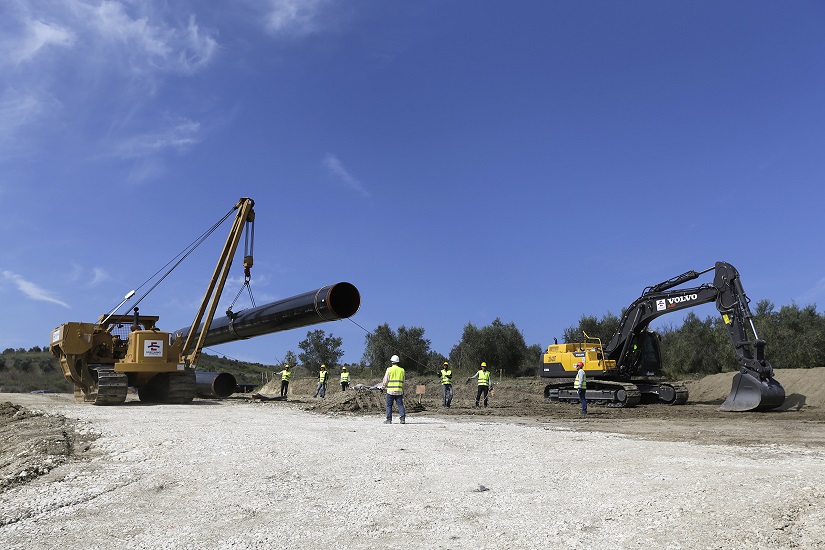 Workers start to install the first pipe of the TAP project near Fier, Albania, September 30, 2016. TAP will reportedly connect to the IGB pipeline bringing gas from the Caspian region to Southeast Europe / New Europe

As the Southern Gas Corridor continues to be developed for delivery of natural gas from Azerbaijan to western Europe by 2020, Bulgaria is looking to get in on the action. Azerbaijan’s Shah Deniz field may be able to supply gas to Bulgaria through the Interconnector Greece-Bulgaria (IGB) pipeline, which would link to one of the corridor’s three segments, namely the Trans Adriatic Pipeline (TAP).

“The construction of the IGB is an irreversible process, since all the key government procurement for the project has already been launched,” said Bulgaria’s energy minister Temenuzhka Petkova according to Trend, adding that the project is important for diversifying Bulgaria’s energy sources.

Bulgaria depends almost completely on the importation of gas. Russia has been the sole supplier thus far to the Balkan state, and 95 percent of that is from Gazprom.

The cross-border route is being designed to create a new high-pressure gas link that will be able to pump three billion cubic meters (bcm) of gas per year from Greece to Bulgaria. In Greece it will connect to TAP – the final segment to the Southern Gas Corridor, which will carry 10 bcm of gas annually from Azerbaijan to Italy through Greece and Albania. TAP connects to the Trans-Anatolian Pipeline, running through Turkey, which in turn connects to the first segment of the corridor, the South Caucasus Pipeline, which originates in Azerbaijan and traverses through Georgia.

Petkova said that at the initial stages the IGB will bring one bcm of natural gas annually into Bulgaria from the Shah Deniz field, the largest subsea gas field within Azerbaijan’s portion of the Caspian Sea, based on a contract signed between Bulgargaz and the State Oil Company of Azerbaijan Republic. Construction of the pipeline will kick off sometime in early 2019. The route will come online in 2020, and ultimately supply 30 percent of Bulgaria’s overall gas demand, which stood at 3.2 bcm in 2017.