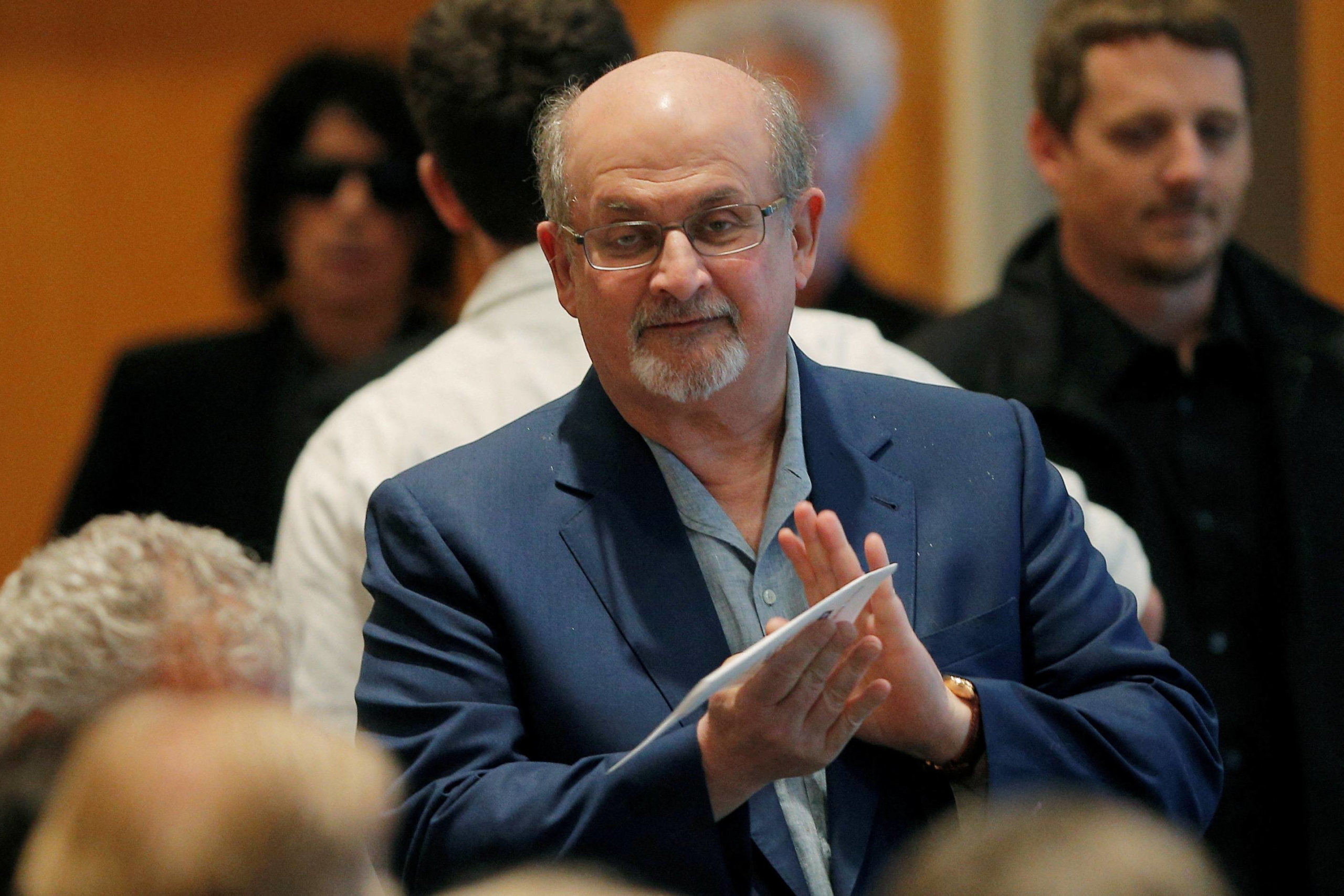 Salman Rushdie, the author of Satanic Verses, was stabbed on August 13 in New York state while delivering a speech. He has suffered years of death threats after writing the controversial book. / Reuters

“We urgently need a new, strengthened deal and much tougher sanctions, and if we can’t get results then we have to start asking whether the JCPOA is at a dead end,” Sunak said according to The Telegraph.

“The brutal stabbing of Salman Rushdie should be a wake-up call for the West, and Iran’s reaction to the attack strengthens the case for proscribing the IRGC,” he added.

The former chancellor said Iran’s response to the stabbing bolstered the case for proscribing Tehran’s elite military unit, which is intended to protect the country's Islamic republic political system.

Sunak’s remarks came after some Iranian politicians and media celebrated the attack on the 75-year-old writer in the United States. Rushdie, the author of Satanic Verses, was stabbed on August 13 in New York state while delivering a speech. He has suffered years of death threats after writing the controversial book.

Rushdie was taken off a ventilator on August 13 and now is able to talk. The suspect, Hadi Matar, was charged with attempted murder and assault and remanded without bail.

Rushdie was the subject of Iran’s late leader Ayatollah Khomeini’s fatwa in 1989, which condemned the writer to death for the desecration of Islamic figures in his novel. Although Iran did not withdraw the fatwa, officials did gradually reduce promoting it in the subsequent years. In 2017, Iran’s current Supreme Leader Ali Khamenei upheld the fatwa.

Meanwhile, an advisor to Iran’s nuclear negotiations team, Mohammad Marandi suggested that the attempt on the British writer’s life might be a conspiracy to prevent a deal from being reached on Iran’s nuclear programme.

“I won’t be shedding tears for a writer who spouts endless hatred & contempt for Muslims & Islam. A pawn of empire who poses as a Postcolonial novelist,” he wrote in a tweet.

Iran’s hardline daily Keyhan praised the assailant saying that “his hand should be showered with kisses.”

The Mehr news agency published an article titled: “Apostate author Salman Rushdie: Clandestine life like Satan,” saying that the writer “has long lived a life like a Satan due to fabricating the blasphemous anti-Islam book.”