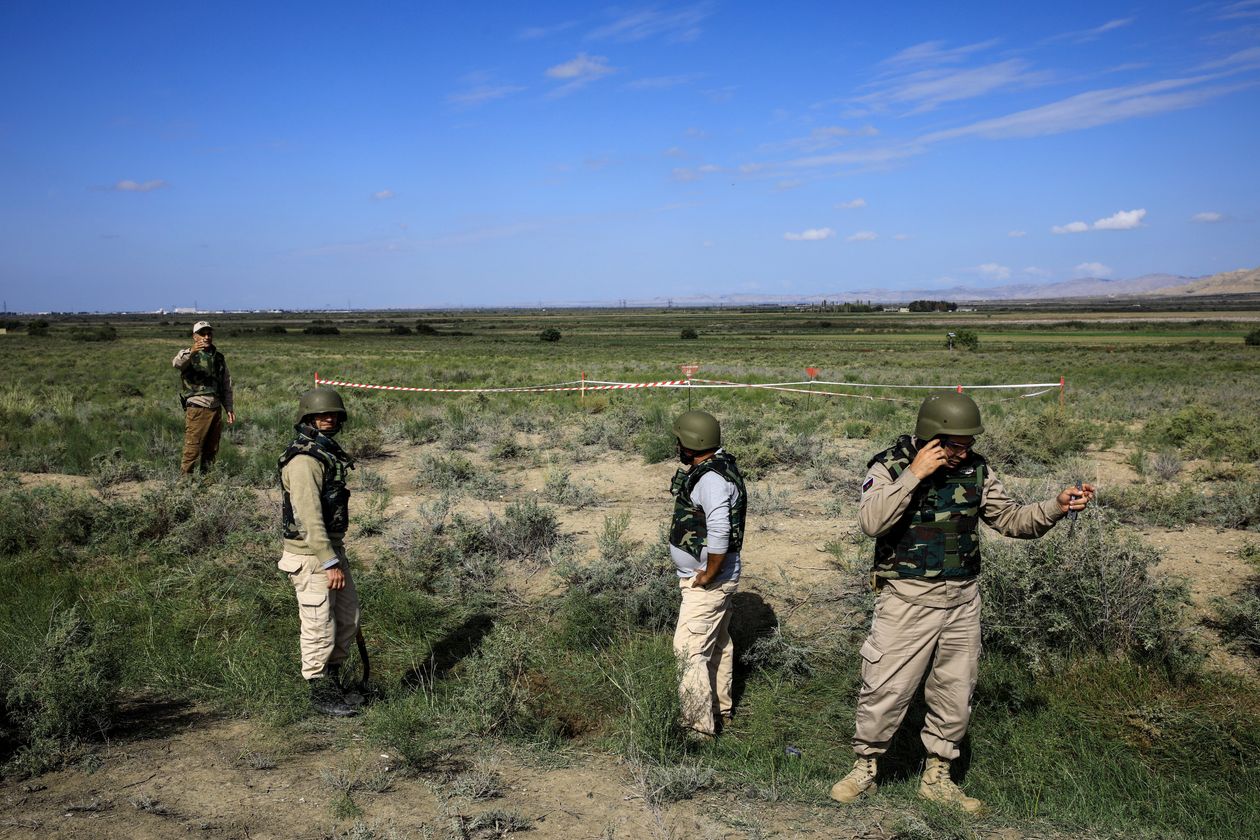 Oil giant BP revealed plans to deliver natural gas from Azerbaijan to European markets by the year end despite the ongoing military clashes in the region.

BP, one of the shareholders of TAP, said in a statement issued on Tuesday that both the Trans Adriatic Pipeline (TAP) and the interconnecting pipeline built by Italian energy infrastructure company Snam Rete Gas will be commissioned sometime in November.

“(This) will allow the Shah Deniz Consortium to finalize the final steps required to start the twenty-five years long supplies of natural gas from Azerbaijan to customers in Italy, Greece and Bulgaria as planned by the end of 2020,” BP said, according to Reuters.

Developers of TAP announced on Monday that the pipeline was substantially completed and was filled with natural gas from the Greek-Turkish border up to the pipeline receiving terminal in Southern Italy. The next phase involves finalizing preparations for launching the commercial operations and offering capacity to the market in line with the adjacent transmission system operators. The interconnecting point in the southern Puglia region of Italy is expected to be ready for commercial supplies by mid-November, TAP developers said.

TAP is the final segment of the three-part Southern Gas Corridor (SGC) mega energy route designed to carry natural gas from Azerbaijan's Shah Deniz offshore field to the markets in Europe. The pipeline measured 878 kilometers in length connects with the Trans Anatolian Pipeline (TANAP), the longest chunk of the SGC, at the Turkish-Greek border. From there it goes onward through overland routes in Greece and Albania and beneath the Adriatic Sea to the final destination in southern Italian village of San Foca.

The overall capacity of TAP is ten billion cubic meters (bcm) of gas per annum, almost two-third of the SGC's annual 16 bcm total capacity and equivalent to the energy consumption of around seven million households in Europe. Turkey is getting the rest 6 bcm via TANAP. TAP is recognized as a strategically and economically important, as well as a reliable access to an all-new energy source for diversifying European energy imports. It assumes a key role in boosting energy security and de-carbonization objectives of Europe. TAP is the first and only pipeline to transport Caspian natural gas to European markets.

Ongoing clashes between Armenia and Azerbaijan in the occupied Azerbaijani territories have created concerns for energy companies working in Azerbaijan. Following a missile fire on the Baku-Tbilisi-Ceyhan (BTC) major oil export pipeline of Azerbaijan by the Armenian forces on October 6, BP voiced its deep concerns over the escalation of hostilities. Azerbaijani officials said Armenian troops fired a cluster bomb at the pipeline which fell ten meters from the BTC line in the central-western Yevlakh district. The Azerbaijan National Agency for Mine Action found over 300 missile submunitions in the pipeline's vicinity.

Lawrence Scott Sheets, an expert on the region and president of Eurasian International Analytics, told Platts that the conflict could escalate further, but whether long-term serious damage could be inflicted on the BTC route is a matter of question. He believes such attacks aim "to rattle Azerbaijan more than anything else."

"It's [BTC] pretty well protected. These things are done more for news value and psychological value than anything else," Sheets said, according to S&P Global. "They call into question the security of the route. This has been a recurring theme over the years." He also downplayed attacks on offshore oil facilities of Azerbaijan as it would be "outer limit" of the military capabilities of Armenia.

Armenia and Azerbaijan have been fighting for more than two weeks since Armenia sparked the renewed clashes on September 27. Armenian army's heavy shelling of the Azerbaijani military and civilian positions triggered the most flagrant chapter of the conflict between the two countries since the early 1990s. Intensive deployment of military material to the frontline by both sides fueled the clashes with Azerbaijani army liberating some of the occupied territories.