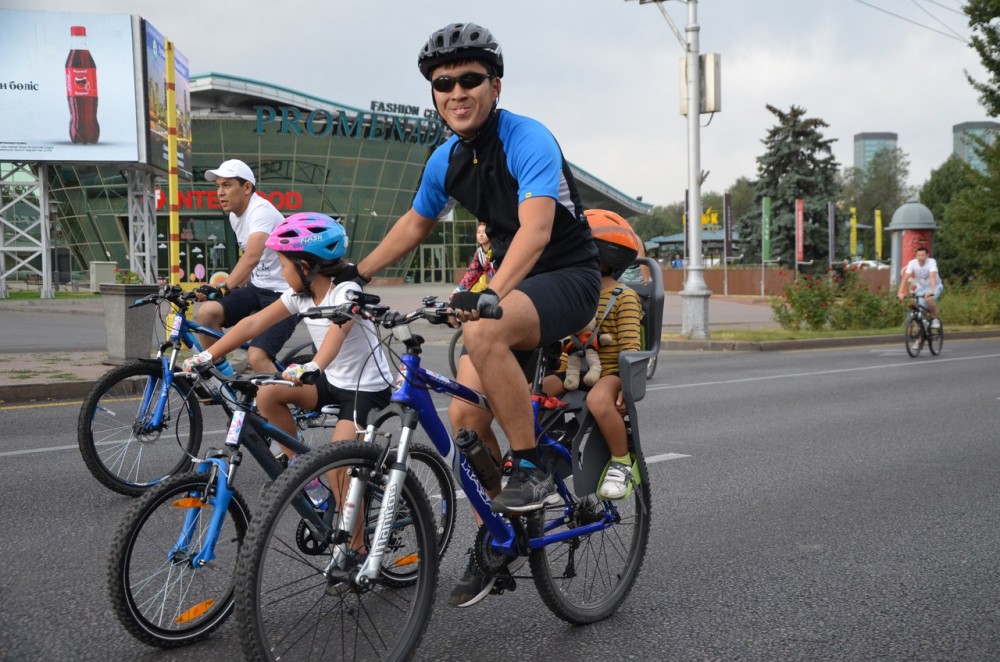 Tour of World Class Almaty is a competition for amateur children and adult cyclists, but on a professional level in line with all necessary discipline of professional cycling to make participants feel like a real rider and demonstrate all their skills

Almaty, the largest city in Kazakhstan, will play host to the Tour of World Class Almaty 2017 cycling race, on August 20, bringing thousands of amateur cyclists and spectators from all over Kazakhstan and abroad for three different multi-kilometer rides on road and mountain bikes.

"We’re expecting 1,000 people to start the Tour of World Class Almaty 2017. Not only will they be from the regions of Kazakhstan, but also from abroad," said Saltanat Kazybayeva, director of the Almaty Marathon.

Tour of World Class Almaty, now in its fourth year and considered the largest amateur cycling race in Kazakhstan, will include an all-new road bike race. The new 57 kilometer route forms the largest stretch in a competition that normally has only a 14 km and 34 km race. Both of the shorter races are open to participants with either a road or mountain bikes.

“During 4 years of our cycling race, amateurs from Kyrgyzstan and Russia, Germany and Ukraine, the United States and Japan, the Netherlands and Italy, Israel and Turkey have participated at the tour,” Kazybayeva said.

Tour of World Class Almaty is a competition for children and adult amateur cyclists, but is considered to be on par with professional cycling standards and requirements.

Following the successful completion of the first Tour of World Class Almaty cycling race in August 2014, organizers have decided to make it an annual event for the city that served as Kazakhstan’s capital from 1929 until 1997. It is organized by Almaty Marathon and World Class Almaty, as well as the Shakhmardan Yessenov Science and Education Foundation, which this year is celebrating the 90th anniversary of the birth of the Kazakhstani geologist of the same name.

"I'm happy to participate in the race, I think there will be a very serious struggle this year at the newly introduced distance [57km],” said professional cyclist and coach Maxim Iglinsky. “For me it's important to participate and give my best.”