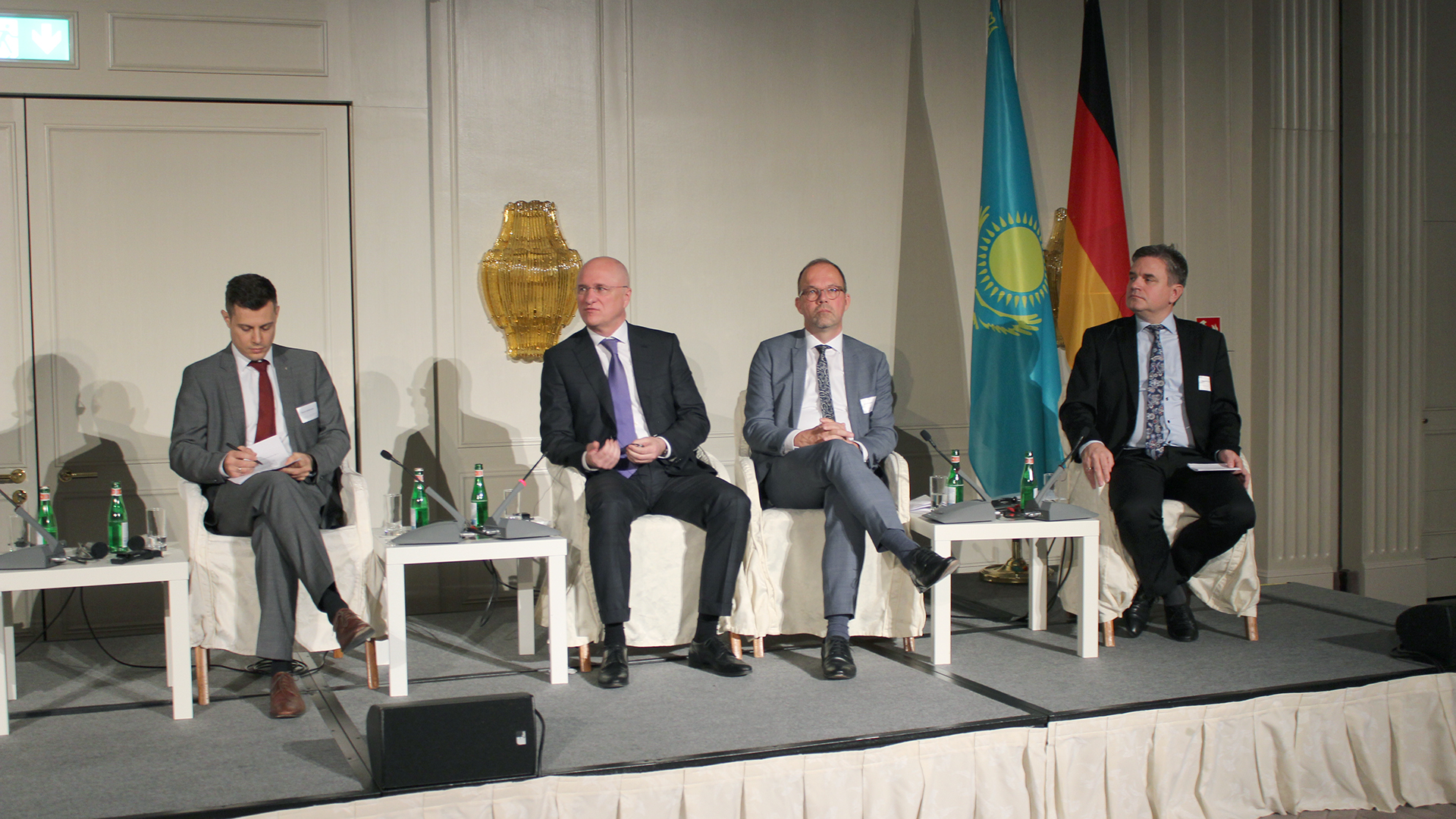 Berlin sees Kazakhstan, one of the world’s largest countries and the most developed in Central Asia, as a promising market for business, despite being thousands of miles apart. / Official website of the Prime Minister of Kazakhstan

Kazakhstan is ripe for receiving more foreign investment into its economy of $170 billion – the largest in Central Asia. German companies have expressed interest in developing deeper commercial ties during the Kazakhstan-German Business Forum, held in Berlin on October 7.

“The forum has become an effective platform for representatives of the political, economic and expert pools of Kazakhstan and Germany,” said Ulf Wokurka, the independent director at Kazakh Invest, a government platform to ease local investment policy, according to a report by Forbes Kazakhstan.

The event welcomed more than 200 officials and private sector professionals, and reportedly resulted in more than $700 million in trade deals after Kazakhstani delegations struck agreements with German businesses including Linde Gas, SMS Group, CLAAS Group and Masterrind. The documents will be signed by the president of Kazakhstan, Kassym-Jomart Tokayev, as part of his visit to Germany from December 5-6.

Berlin sees Kazakhstan, one of the world’s largest countries and the most developed in Central Asia, as a promising market for business, despite being thousands of miles apart.

Germany’s direct investments in Kazakhstan over the past 14 years amounted to slightly more than $5 billion, according to Roman Sklyar, Kazakhstan’s deputy prime minister, who spoke at the event. Investments involve more than 900 different companies, such as Siemens, Daimler, Tyssenkrupp, Knauf, Bayer, BASF, Bosch and Linde. At the same time, the amount of trade between the two countries reached an historic high of 5.1 billion euro in 2018, according to government data.

“Modern-day Kazakhstan – is new opportunities and a great potential for profitable business,” said Manfred Grundke, CEO at Knauf Group, according to a report by Deutsche Welle.

“Growth forecasts for Kazakhstan are impressive. According to the EBRD forecast, Kazakhstan’s GDP can grow by 3.5 percent in 2019. Forecasts for 2020 indicate that Kazakhstan is the growth engine for the Eurasian Economic Union,” he said.

Over the past year doing business in Kazakhstan has become easier, according to the World Bank’s “Doing Business 2019” ratings. The country ranked 28th, ahead of countries like Russia (#31) and China (#46), and some of the world’s most developed economies, such as Italy (#51) and Brazil (#109).

Meanwhile, Lazzat Burankulova, a representative of the Samruk-Kazyna National Welfare Fund, says that the ease of doing business is not the only thing important about Kazakhstan.

Forming part of both the Caspian and Central Asia regions, Kazakhstan occupies a strategic location along some of the largest east-to-west and north-to-south transportation routes, including avenues to China and India.

Once a part of the ancient Silk Road, Kazakhstan is poised to benefit from trade routes linking Europe and Asia through China’s mega-shipping and logistics network known as the Belt and Road Initiative. The project is supposed to connect Asia to Europe and Africa via a series of shipping and land routes, some of which cross the Kazakh steppes.

“Thanks to this location potential investors will have access to regional markets with more than 500 million consumers. And this is apart from the Chinese market, which is almost limitless,” Burankulova said Monday.