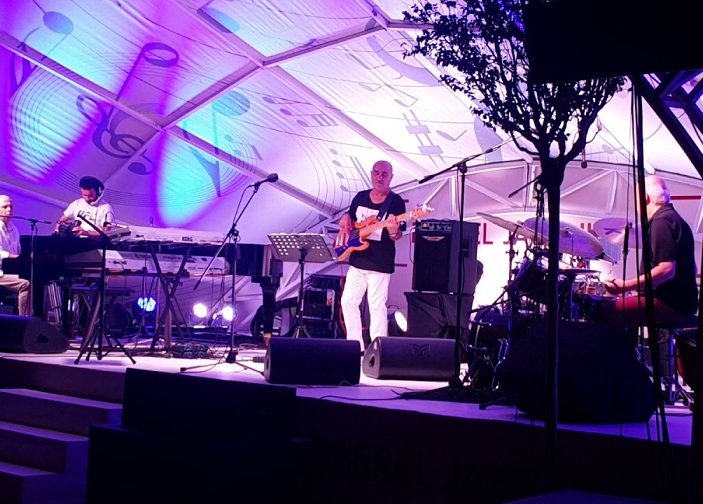 Azerbaijan’s capital city Baku is welcoming a jazz lover’s dream, Barrel Jazz Nights, which began on Thursday and runs through September 10, in an attempt to strengthen country’s jazz traditions, which date back to the beginning of the last century. / Youtube

Azerbaijan’s capital city Baku is welcoming a jazz lover’s dream, Barrel Jazz Nights, which began on Thursday and runs through September 10, in an attempt to strengthen country’s jazz traditions, which date back to the beginning of the last century.

Barrel Jazz Nights was first held in 2016. Like last year’s event, this year’s concerts are organized by YARAT Contemporary Art Space and being held in the open air on the shore of the Caspian Sea, giving them wide exposure and garnering the attention of both locals and foreigners.

Full of passion and rhythm, jazz tops the list of many music lovers worldwide and has inspired generations. Indigenous to North America, jazz has become a global music genre after absorbing musical features from various countries and regions. In Azerbaijan, for example, jazz emerged by blending traditional jazz rhythms with folk music, called mugham.

The country’s capital city became a regional hub for jazz musicians in the early 1920s, approximately at the same time when the US was experiencing its Jazz Age following the first recording ever of a jazz song in 1917, by The Original Dixieland Jass Band.

Although Soviet leaders were critical of any western influence in Soviet republics, of which Azerbaijan was one, and managed to ban jazz in 1950s, Niyazi, Guliyev and Rauf Hajiyev – another local composer – breathed life into the art form. In 1961, Hajiyev created a jazz band, “Gaya,” that gained fame after releasing albums in more than forty countries around the world.

But a real breakthrough was made by Vagif Mustafazade, who is considered the founder of jazz-mugham, a synthesis of the two musical forms. The author of numerous fugues, preludes, ballads and scherzos, Mustafazade released a total of eight albums, all with different line-ups, mood and styles.

Dizzy Gillespie, the famed American jazz trumpeter, band leader, composer, and singer, once said, “Vagif’s music is from another planet! This is the music of the future!”

Mustafazade was a constant participant in jazz festivals, and was ranked first at the 8th International Monte Carlo Jazz Competition, held in Monaco in 1979. His musician clinched the top award after performing  “Waiting for Aziza,” a track dedicated to his daughter and fellow jazz artists and composer Aziza Mustafa Zadeh, who became known as “The Princess of Jazz.”

Keen to revive the region’s history and passion for jazz, Azerbaijan also annually holds the International Baku Jazz Festival. First held in 2002, when it was called the Caspian Jazz Festival, the event draws famous musicians from over a dozen countries worldwide. Grammy Award winners Herbie Hancock and Diana Krall, and the six-time Grammy-nominated American jazz guitarist Mike Stern have all participated.

The next 12th International Baku Jazz Festival is scheduled for October 20 – 28. Musicians from the US, Germany, Israel, Switzerland, Poland, the Netherlands, Sweden, Mexico, Guinea, Colombia, Norway, Turkey and France are all expected to converge on the city for the anticipated event.