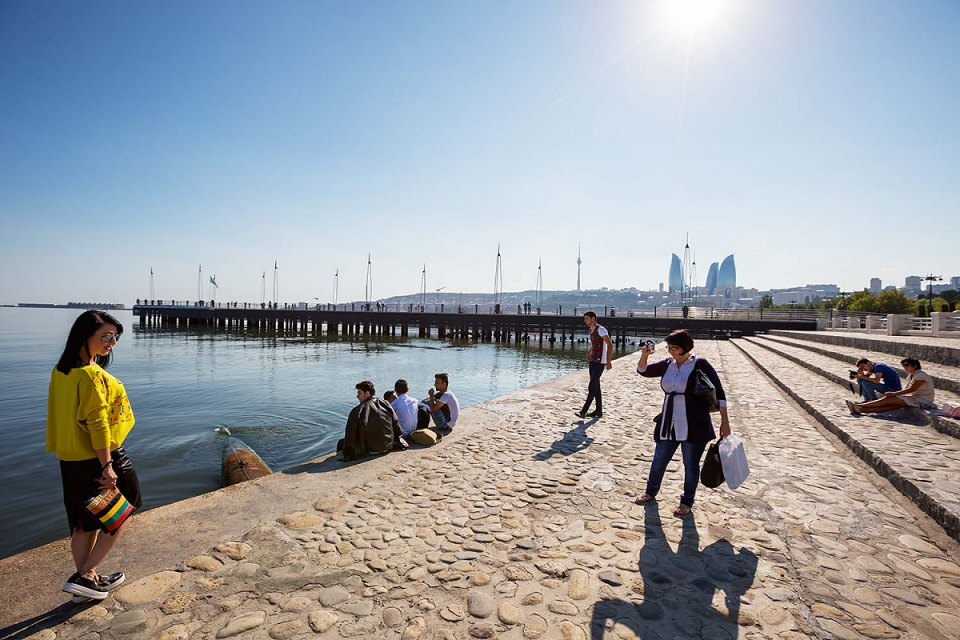 In safety ranking Baku came ahead of all capital cities in the Caspian region including Moscow, Tehran, Astana and Ashgabat. The capital of Azerbaijan is, according to Numbeo, safer than Los Angeles, Chicago and Toronto, as well as the largest European megalopolises like Paris, Berlin, London, Madrid, Rome and Istanbul. / Streetsoftheworld.Com

Azerbaijan has topped the charts in a ranking of Caspian Sea countries for low crime and safety, according to an independent database of user-contributed statistics about countries and cities across the globe.

Numbeo, based in Serbia, has ranked Baku number 41 out of 327 cities on its crime and security index, which measures people’s perceptions about global locales to create the rankings. On a 100-point scale, where zero represents a low perception and 100 very high perception, crime in Baku was indexed at 29.76 and safety at 70.24.

The calculations for Baku were based on information provided by 90 contributors from around the world during the month of September. The overall perceptions of visitors generated by Numbeo’s website consists of data from the previous three years.

Religiously and ethnically motivated violence in what is a multicultural coastal city along the Caspian Sea was identified as “very low,” scoring 14.49 points.

The peaceful coexistence of different religions in Azerbaijan is a reflection of both government policy and an open tolerance for diversity in a country where Muslims – the overwhelming majority – live side by side with Christians and Jews, for example.

In safety ranking Baku came ahead of all capital cities in the Caspian region including Moscow, Tehran, Astana and Ashgabat. The capital of Azerbaijan is, according to Numbeo, safer than Los Angeles, Chicago and Toronto, as well as the largest European megalopolises like Paris, Berlin, London, Madrid, Rome and Istanbul.

In the final crime statistics for 2017, the Ministry of Internal Affairs of Azerbaijan revealed that the number of total crimes in the country was 26.113, or 2.7 percent less than in 2016. The 2017 Reliability of Police Services Report of Global Economic Forum ranked Azerbaijan 54 among 137 countries as compared to 75 in 2016.

Daniel, an American national, recalled his old but gold memories about Baku for the Caspian News, saying “an unfamiliar city turned to be a lovely one within just two weeks.”

“I was free to travel between my work and hotel no matter what time of the day it was,” Daniel said, referring to his two-week business stay in Baku in 2016.

“I totally didn’t have any idea about Azerbaijan before arriving here, [it was] an all-new destination to me. But, thanks to my time here, I bagged quite positive emotions and memories. Even if many of the locals didn’t speak English well, they tried [to do] their best to help me out. They even offered to ride me to where I was to go.”

Azerbaijan received 1.325 million tourists from January to July 2018, which is 10.2 percent more than the same period last year, according to data provided by the State Border Service.