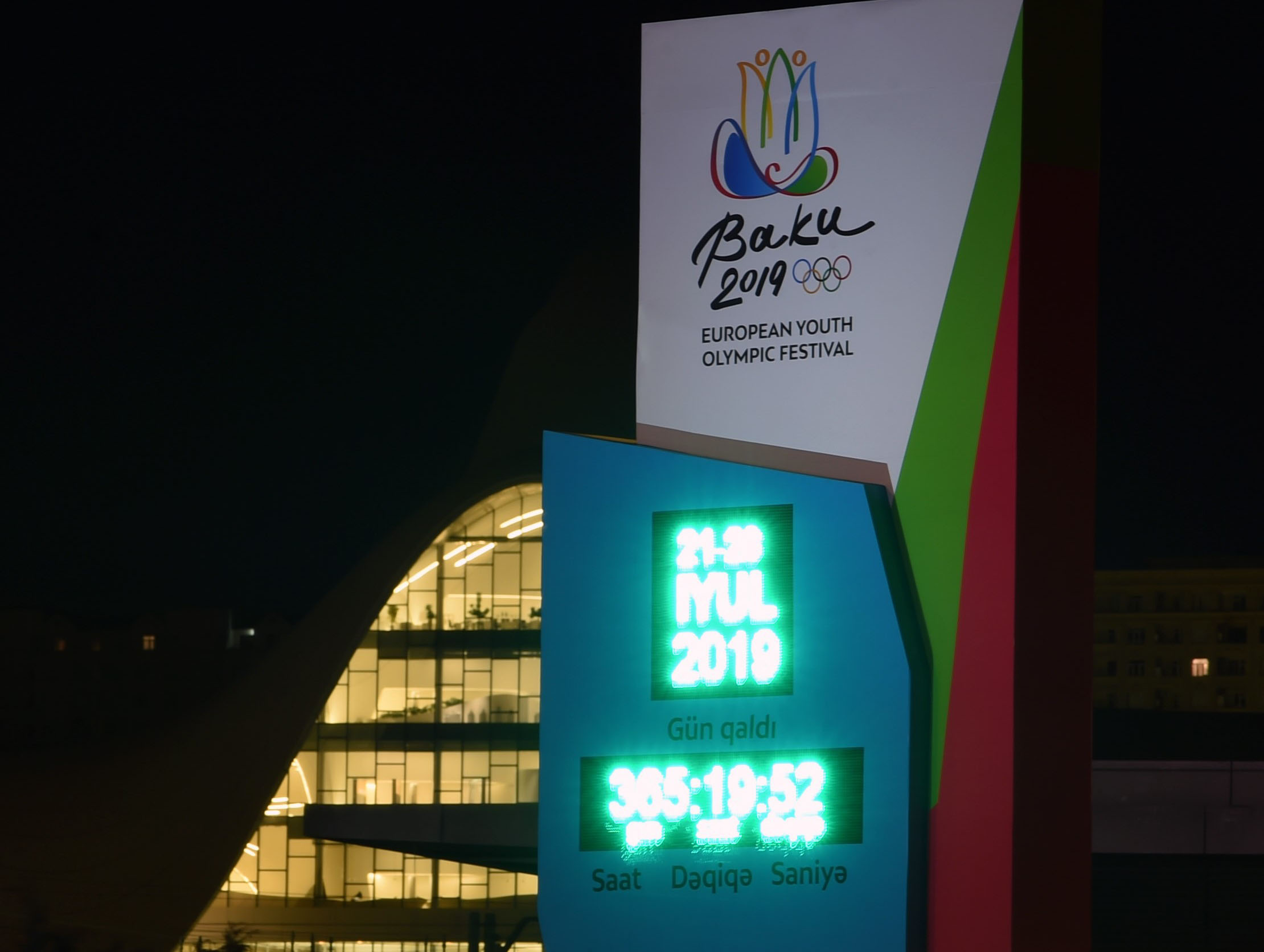 The 15th edition of the European Youth Olympic Festival will be held in Baku throughout the week of July 21, and tickets are already on sale.

Azerbaijan’s Sports and Youth Ministry announced earlier this week that 146,000 tickets are now on sale, via the event’s official website and in 12 different locations throughout the capital city, including shopping malls. Tickets for the opening ceremony cost between 10 and 15 Azerbaijani manat (AZN; roughly $6-9), while those who want to attend the closing ceremony can get a ticket for just 5-10 AZN (roughly $3-6). Fees for all of the sporting events held throughout the week in July are being waived.

Both the opening and closing ceremonies of the European Youth Olympic Festival will be held in the flamboyant sports and concert complex called Crystal Hall, located along the Caspian Sea waterfront in Baku. The individual events will take place in 12 different venues.

Sports and Youth Minister Azad Rahimov said setting opening and closing ceremony tickets at affordable prices, as well as free tickets to all sports competitions, are meant to attract interest within the local and foreign populations for what will be the first festival of its kind held in Azerbaijan.

What is the largest multi-sport athletic event for youth across Europe will see around 3,600 athletes and officials from 50 European Olympic committees, as well as 10,000 accredited participants, flock to Baku. Young athletes aged 14 to 18 will compete to win 298 medals in 10 different sports, including artistic gymnastics, basketball, athletics, cycling, handball, judo, swimming, tennis, wrestling and volleyball.

Baku was chosen to host this year’s festival in 2017, after the city of Minsk, Belarus withdrew its bid amidst preparations for the second European Games, which will take place a month earlier than the European Youth Olympic Festival and held from June 21 to 30.