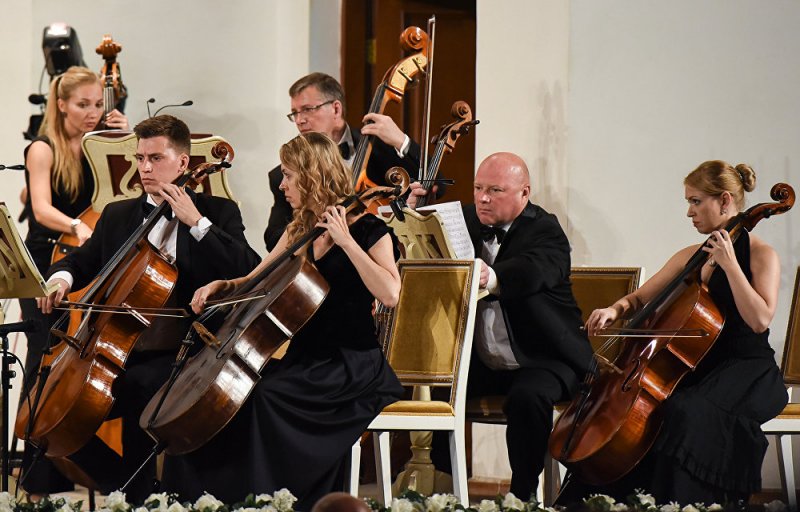 A two-week-long classical extravaganza, known as the Uzeyir Hajibeyli International Music Festival, was first held in 2009, and will be held for the eleventh time from September 18 through September 30.

Famous classical music artists will come to Azerbaijan this month to play some of the musical genre’s most notably pieces and commemorate the birthday of the famed Azerbaijani composer Uzeyir Hajibeyli, whose works provided a springboard for the next generation of musicians.

A two-week-long classical extravaganza, known as the Uzeyir Hajibeyli International Music Festival, was first held in 2009, and will be held for the eleventh time from September 18 through September 30. The tickets for the event are already on sale.

This year’s edition is organized by the Heydar Aliyev Foundation and the Ministry of Culture, and is expected to bring together musicians, composers and conductors from across Azerbaijan, China, Canada, Russia, Turkey, Italy, Uzbekistan, Ukraine, Georgia, and Belarus.

More than 40 events are scheduled to take place in multiple cities across the country, with the main events held in the capital city of Baku. At the same time, the cities of Agjabadi and Ganja will also host some events to be held within the festival.

Uzeyir Hajibeyli, who was born on September 18, 1885, is recognized as forming the basis for modern Azerbaijani music. The iconic Azerbaijani composer, who has also been credited with creating a synthesis of what has become a source of national pride and ethnic identity after he mixed classical music with mugham, which is a unique set of melodies that have influenced music throughout the Caspian and Middle East regions, well beyond Azerbaijan’s borders.

Hajibeyli is also credited with inventing Azerbaijani musical comedy. His most famous work of that sort is “Arshin Mal Alan,” a work about a textile merchant who is in search of a wife. Its performance was staged in 120 theaters including those in Moscow, Istanbul, New York, Paris and London.

Since 1995, the day of birth of the famed Azerbaijani composer has been celebrated as a day of national music in Azerbaijan.

The upcoming festival will kick off on September 18 with a performance by the Uzeyir Hajibeyli State Symphony Orchestra and famous Russian violinist Sergey Dogadin led by Rauf Abdullayev from Azerbaijan, and playing pieces from Hajibeyli’s opera “Koroghlu,” which premiered in 1937. The first day of the festival will also include “Violin Concerto” by Finnish composer Jean Sibelius, and “Symphony No. 6” by Azerbaijani composer Arif Malikov.

What is considered some of the largest classical music events across South Caucasus will also see performances by the Çukurova State Symphony Orchestra from Turkey, China’s Silk Road Philharmonic Orchestra, as well as piano players Philipp Kopachevsky (Russia) and Khatia Buniatishvili (Georgia), Canadian cellist Velitchka Yotcheva, and many others.

Performances dubbed “Journey to Ancient Europe,” as well as Fikret Amirov’s Nasimi Ballet and Uzeyir Hajibeyli’s “Leyli and Majnun” opera are part of the agenda.

Meanwhile, the last day of the festival will bring together musicians from Azerbaijan, Russia, Uzbekistan and Georgia who will perform with the Azerbaijan State Symphonic Orchestra, led by Mustafa Mehmandarov from Azerbaijan.