Backing Opposite Sides, Russia Is Concerned Over Deployment Of Turkish Troops In Libya 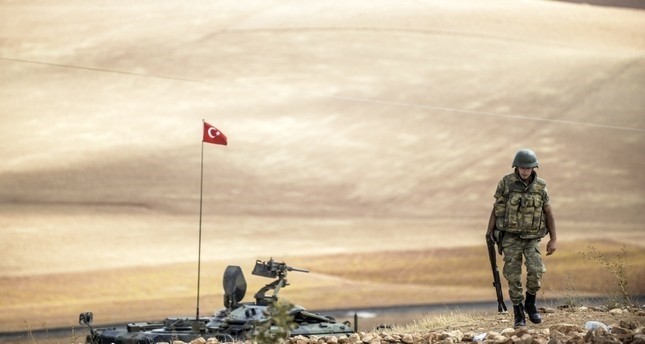 President Erdogan’s remarks came on the heels of a security and military cooperation deal reached by Ankara and the GNA last month, which allows Turkey to send military training personnel and equipment to GNA forces. / AFP Photo

The Russian government is concerned about the possible deployment of Turkish troops in Libya to support a United Nations-backed accord, putting the North African country’s conflict at the center of wider regional tensions.

Moscow is wary of foreign interference in a conflict that emerged as a result of the Arab Spring in early 2011.

“We have repeatedly reiterated Russia’s position [on Libya],” RIA Novosti quoted Dmitry Peskov, a spokesman for the Russian president, as saying on Thursday. “Russia is interested in an early settlement of the conflict in Libya, in stopping the bloodshed there.”

On Monday, the Turkish government sent to parliament a bill mandating the deployment of troops to Libya, accelerating a high-stakes plan that Ankara outlined last week, when President Recep Tayyip Erdogan said the deployment of troops to Libya was in response to a formal request for air, ground and sea support from Fayez Al-Serraj’s Government of National Accord (GNA). The GNA is fending off an offensive against the capital by General Khalifa Haftar’s forces.

“Since there is an invitation right now, we will accept it,” The Telegraph quoted Erdogan as saying, addressing members of his ruling Justice and Development Party (AKP) meeting on Thursday. “We will put the bill on sending troops to Libya on the agenda as soon as parliament opens,” he said, adding it would pass around January 8-9.

Erdogan’s remarks came on the heels of a security and military cooperation deal reached by Ankara and the GNA last month, which allows Turkey to send military training personnel and equipment to GNA forces. But the deployment of Turkish troops requires parliamentary approval.

Shamil Sultanov, the president of the Russia-Islamic World Center for Strategic Studies, says Turkish assistance to the GNA will worsen a conflict that has Turkey supporting one side and Russia the other.

The GNA, however, is recognized by the UN and the international community, and is supported by Qatar, Turkey, Italy, amongst others. The United States maintains a neutral stance.

The conflict in Libya, which began with mass protests and uprisings during the Arab Spring after overthrowing and the assassination of Libyan leader Muammar Gaddafi in 2011, has resulted in two parallel governments. The eastern part of the country is controlled by the Libyan National Army and the western part is governed by the GNA.

The conflict worsened in April after General Haftar launched an offensive to take the capital, Tripoli. That battle has claimed the lives of more than 1,000 people and displaced nearly 120,000 since the offensive began, reported BBC citing the World Health Organization.