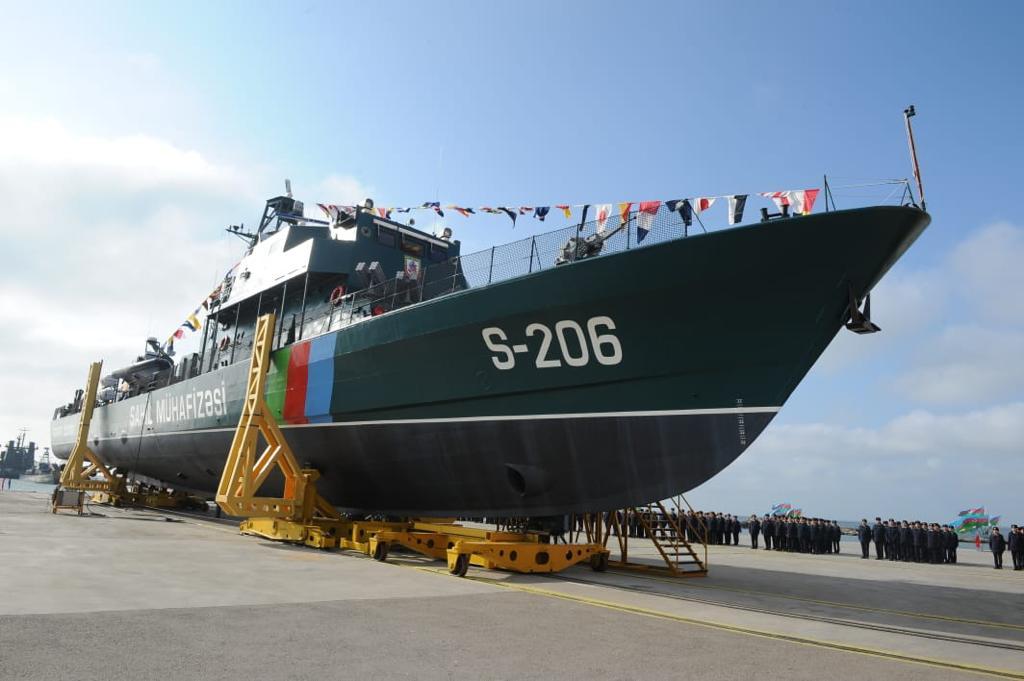 A military exhibition that was held in Baku on Wednesday to mark the 100th anniversary of the creation of the State Border Service of Azerbaijan featured dozens of weapons and military equipment, including the locally produced “Tufan” border patrol vessel.

Although the State Border Service set “Tufan” afloat in the Azerbaijani sector of the Caspian Sea in January of this year, the exhibition introduced the vessel publicly for the first time.

The State Border Service of Azerbaijan was first created under what was the Military Ministry of the Azerbaijani Democratic Republic, in 1919. After the fall of the ADR government and its incorporation into the Soviet Union in 1920, the border service fell under the State Security Committee, better known as the KGB.

After Azerbaijan regained its independence, following the dissolution of USSR in 1991, border troops fell under the jurisdiction of the Ministry of National Security of Azerbaijan. In 2002, the State Border Service of the Republic of Azerbaijan was resurrected by decree of the former President of Azerbaijan Heydar Aliyev.

Today, the State Border Service safeguards the land borders and maritime boundaries of Azerbaijan, and assists the Air Defense Forces and the Air Force. The “Tufan” border guard ship is the most advanced patrol vessel used by the border service for protecting the country’s 816 km (507 mi.) maritime boundary.

The ship was built by engineers from the Shipbuilding and Repair Service of the Coast Guard Unit of the State Border Service on the platform of Israel’s Sa'ar 62-class offshore patrol. The boat is equipped with cutting-edge navigation, communication and radio equipment, modern weapons, missile and rocket systems, as well as night vision surveillance systems, and hydraulic devices.

Currently, six patrol vessels of this kind safeguard the maritime boundaries of Azerbaijan in the Caspian Sea.