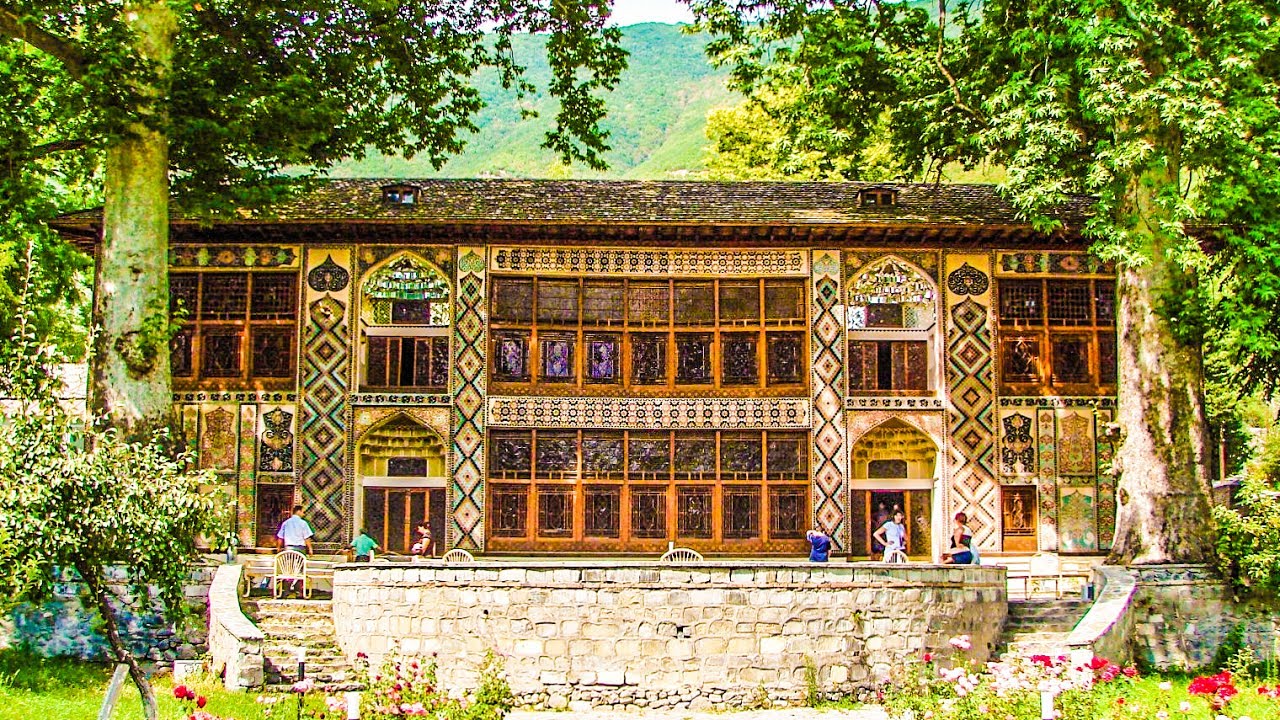 The Khan’s Palace was built around 250 years ago when Huseyn Khan Mushtaq, a grandson of the Sheki khanate’s founder Haji Chelebi, ordered the construction of a summer residence in the city center. The two floors, six rooms, four corridors, and two mirrored balconies of the Khan’s Palace were built fully from a wooden frame, without using a single nail

The historic center of Azerbaijan’s northwestern city of Sheki, along with the architectural gem known as Khan’s Palace, have been added to the United Nations Organization for Education, Science, and Culture (UNESCO) World Heritage List, during an annual UNESCO World Heritage Committee meeting, held in Baku on Sunday.

“This is an extraordinary event in the history of our people's cultural heritage," Azerbaijan’s minister of culture, Abulfas Garayev, said in a media interview, according to the ministry’s website.

UNESCO considered the nominations of 36 historical and cultural destinations; 22 of them, including Sheki, made the cut. Sheki had been nominated by Azerbaijan at a committee meeting in Krakow, Poland in 2017.

Representatives from the International Council on Monuments and Sites (ICOMOS) said in a report that Azerbaijan has been delivering on commitments it made in Krakow two years ago, including the protection and reconstruction of Khan’s Palace and ancient neighborhoods that form Sheki’s historical center.

Sheki is located at the foot of the Greater Caucasus Mountains in northwestern Azerbaijan, roughly 11 miles from the country’s border with Russia. The city boasts vast cobblestone streets, ancient and medieval architecture, breathtaking landscapes, mouthwatering cuisine, and local handicrafts.

The city is divided into two parts – the northern part extending into mountains, and the eastern part along the Gurjanachay River. The city center is dotted with an architectural ensemble of traditional houses, with high gabled roofs covered with brownish-red tiles. Traces of Savafid, Qadjar and Russian building techniques can be seen throughout Sheki’s architecture due to its location along important historic trade routes, such as the ancient Silk Road.

But the focal point of the city is Khan’s Palace, built around 250 years ago when Huseyn Khan Mushtaq, a grandson of the Sheki khanate’s founder Haji Chelebi, ordered the construction of a summer residence in the city center. Dozens of skilled local craftsmen built the extravagant mansion with facade drawings depicting scenes of hunting and war. The two floors, six rooms, four corridors, and two mirrored balconies of the Khan’s Palace were built fully from a wooden frame, without using a single nail.

All windows and doors to the palace are made of wood and millions of pieces of stained glass, or shabaka, a decorative art found throughout the Near East that does not require adhesive to hold the glass in place.

Sheki’s historic center and Khan’s Palace are the third of sites from Azerbaijan that have been added to the UNESCO World Heritage List. The walled city of Baku, which includes Shirvanshah's Palace and Maiden Tower, and Gobustan Rock Art Cultural Landscape were added in 2000 and 2007, respectively.