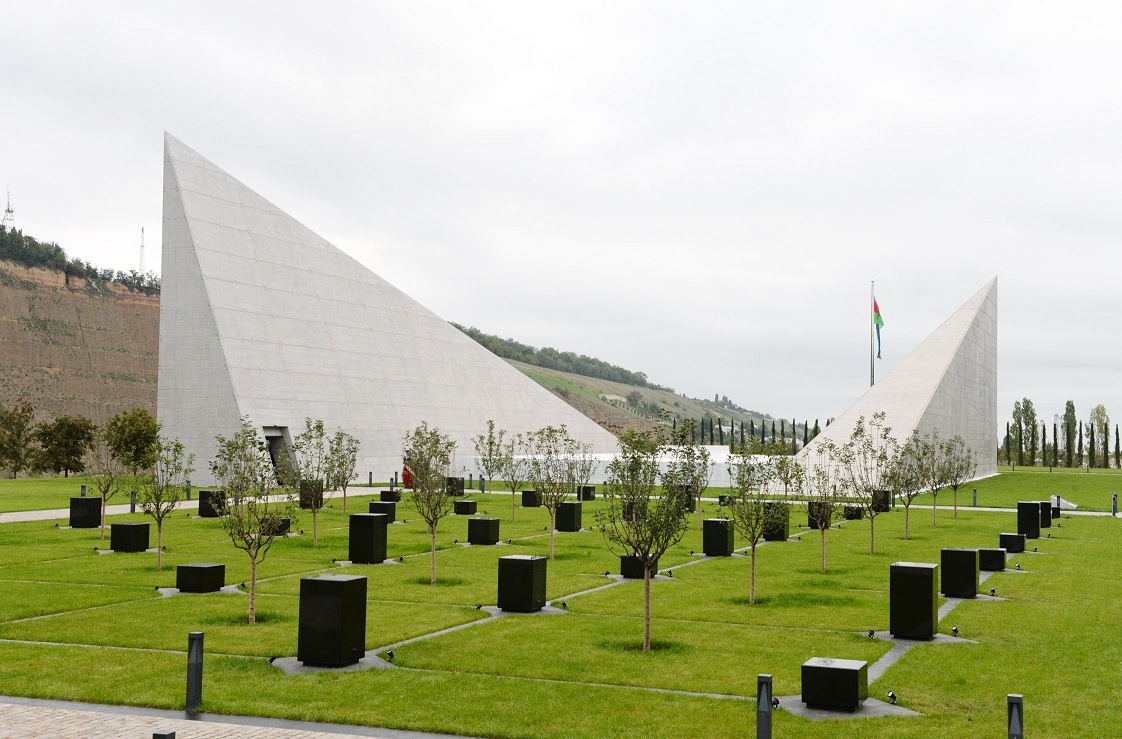 Today Azerbaijanis around the world are paying homage to the tens of thousands of their compatriots who were killed during what was a country-wide genocide committed by Armenian nationalists over a period of several days 101 years ago.

March 31 is officially recognized as the Day of Genocide of Azerbaijanis, and is just one of several massacres suffered at the hands of Armenians against the Muslim-majority Azerbaijani population. Over 50,000 Azerbaijanis and other Muslims, as well as Jews and ethnic Germans living in Azerbaijan, were slaughtered from March 31 to April 1 by the Armenian Revolutionary Federation, also known as Dashnaktsutyun nationalist party, and Bolsheviks revolutionaries over a century ago.

Historians claim that the death toll of the genocide was significantly higher than the Srebrenica massacre that formed part of the 1995 Bosnian war in the Balkans. Although the day when mass killing of Muslims started is recorded as for March 31, some historians say that deadly attacks actually kicked off on March 30.

“Between March 30 and April 1, 1918, Tatars [Azerbaijanis, as they are sometimes called], were attacked. Almost half of the Muslim population of Baku was forced to flee the city,” Justin McCarthy, an American historian at the University of Louisville, wrote in his book Death and Exile: Ethnic cleansing of Ottoman Muslims, 1821-1922. “In that period between 8,000 and 12,000 Muslims were killed in Baku alone.”

The collapse of the Russian Empire in the wake of World War I had pushed Azerbaijan into a political panic. The most dramatic events in the country started with the ousting of Russia’s Tsarist rule by Bolsheviks in the 1917 October Revolution and their promotion of ethnic Armenian politicians in Azerbaijan.

Strong patronage and support by the Bolshevik rulers encouraged Armenians to start carrying out a plan to rid the population of Azerbaijan, under the banner of fighting against counter-revolutionary elements, in March of 1918. Mass killings started in Baku and then spread to other regions of Azerbaijan, including Shamakhi, Guba, Karabakh, Zangezur, Goyche, Nakhchivan, Salyan and Lenkaran, amongst others. Civilians were brutally massacred, villages were burnt to ashes, and monuments were destroyed as part of a deliberate plan to rid the area of any cultural evidence of Azerbaijani existence and historical claims.

Firuz Kazimzadeh, an American professor at Yale University, says Armenians under the guise of Bolshevism tried to push out Muslims, annihilating tens of thousands of people in just a few days.

“Armenians killed more than 12,000 people [just in Baku], many of whom were old people, women, and children, within a few days. The March events, as this episode became known in history, lead to the emergence of a whole series of killings of Azerbaijanis. The atrocities continued throughout the week,” Kazimzadeh records in his book The Struggle for Transcaucasia, 1917-1921. “Every Azerbaijani, whose Dashnak [Armenian nationalist forces] gangs can catch, was killed,” Kazimzadeh wrote in 1915 his book “The Struggle for Transcaucasia, 1917-1921.” -

Pogroms that took place in Guba are said to resemble a rehearsal of the Holocaust that took place decades later during World War II in Nazi Germany. Over 3,000 mountain Jews, who had been living in Azerbaijan's Guba district for approximately 1,500 years, were massacred by Armenians after they refused to cooperate with Armenians. The death toll in Guba district reached almost 20,000, including the killing of 16,000 Azerbaijani Muslims, as well.