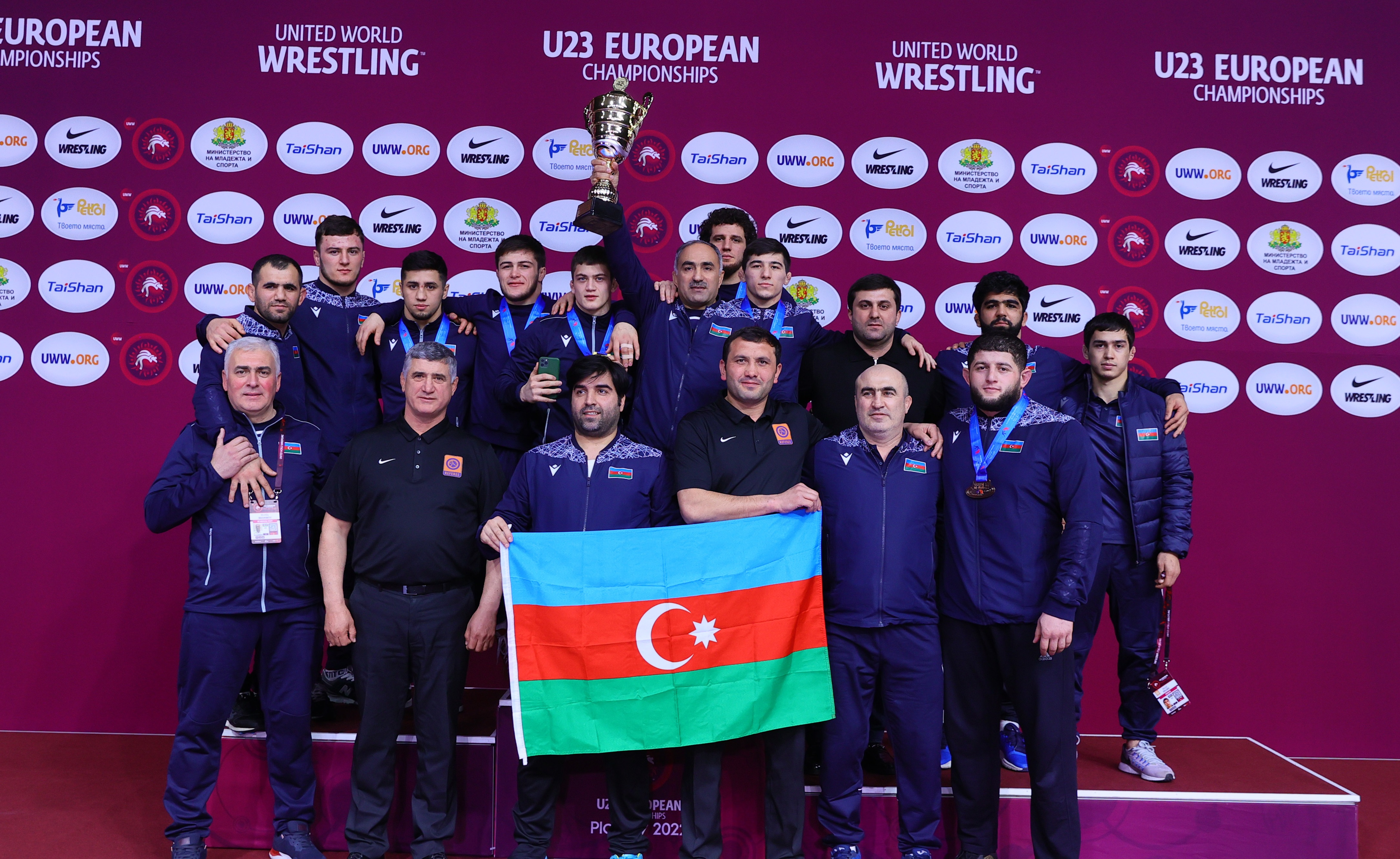 The wrestling team of Azerbaijan topped the team rankings in the medal table of the U-23 European Championships held in the Plovdiv city of Bulgaria on March 7-13.

Azerbaijani male and female wrestlers claimed a total of 16 medals, including seven gold medals in freestyle and Greco-Roman categories.

Ziraddin Bayramov, Dzhabrail Gadzhiev, Abubakr Akbarov, and Islam Ilyasov claimed the top spot in the 65kg, 74kg, 97kg, and 86kg categories of the freestyle wrestling. At the same time, Nihad Zahid Mammadli and Khasay Hasanli achieved the same results in the 60kg and 77kg classes of the Greco-Roman style.

In women’s wrestling, Zhala Aliyeva outclassed all of her rivals in the 62kg category to claim a gold medal for Azerbaijan.

In addition to the gold prizes, two silver and seven bronze medals have been claimed by the Azerbaijani athletes in various weight classes in both men’s and women’s wrestling.

Azerbaijani wrestlers are now gearing up for the upcoming Senior European Championships to be held in Hungary’s capital Budapest from March 23 to April 8, 2022. More than 400 wrestlers are expected to participate in the tournament.

“I feel that I can compete at a higher level. I hope I’ll be a leader of this weight class by the time of the Paris Olympics,” he added.