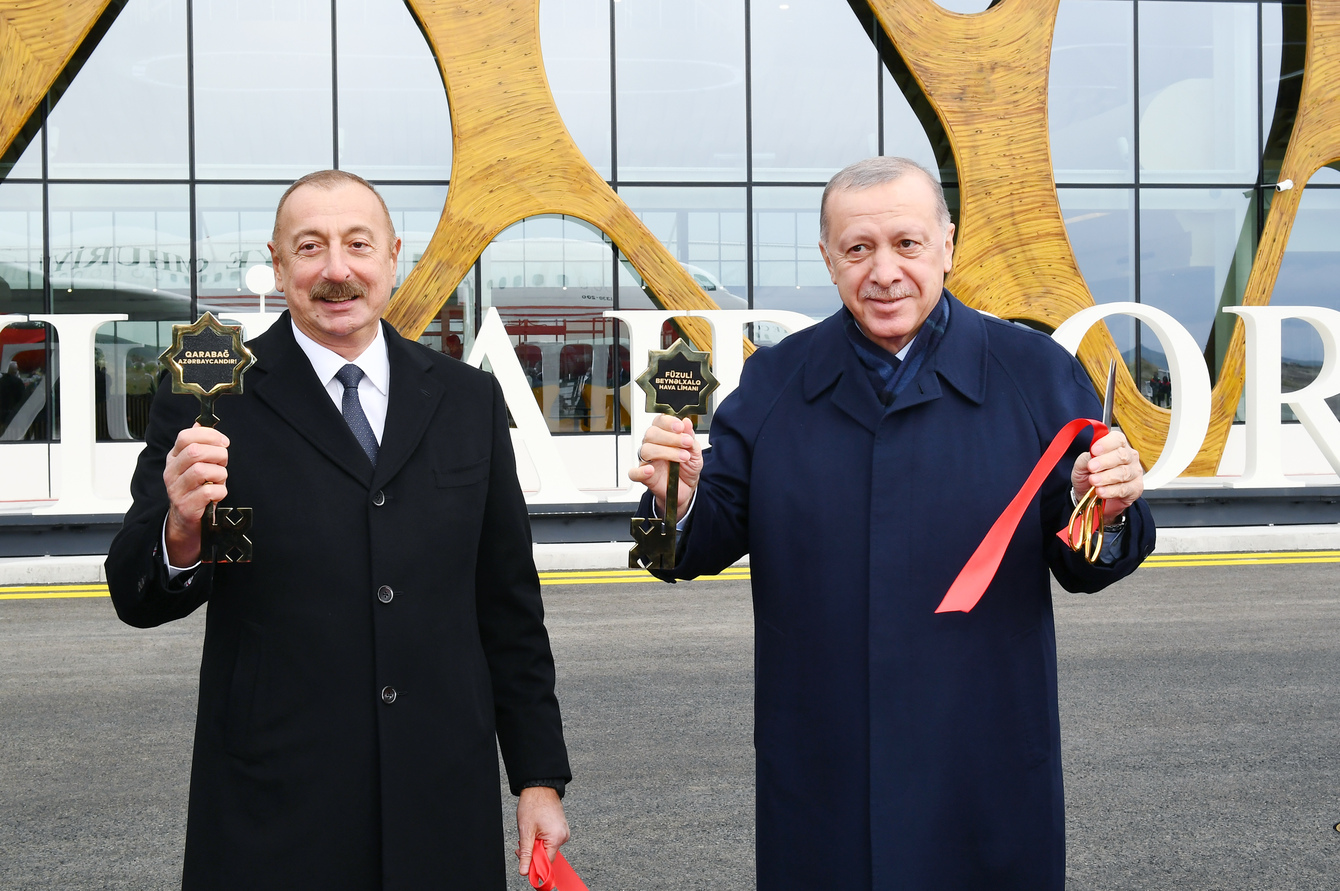 President Erdogan has become the first top foreign official to arrive in the newly built airport.

As part of the ceremony on Tuesday, the two countries’ presidents attended the air harbor’s ribbon-cutting ceremony, received its symbolic keys, and then toured the terminal.

President Ilham Aliyev broke ground for the airport in early 2021, a few months after the city of Fuzuli was liberated from nearly three-decades-long illegal Armenian occupation. The first state-of-the-art airport in Azerbaijan’s liberated territories has been constructed jointly by the Azerbaijani and Turkish companies within eight months.

President Aliyev believes the new airport would serve as an “air gate of Karabakh.”

To transmit radio call signals from the airport, Azerbaijan Airlines (AZAL) installed there the ground-based VOR/DME navigation system. The European Organization for the Safety of Air Navigation, known as EUROCONTROL, has registered and approved the radio signs transmitted via the system.

The airport’s runway, spanning 3,000 meters in length and 60 meters in width, already received the first passenger and cargo flight on September 5 and welcomed the first overseas travelers on September 27. The runway can receive all kinds of aircraft, including large cargo planes and small-sized private jets.

Currently, the district is being revived as part of the Azerbaijani government’s large-scale campaign to restore and reconstruct the liberated territories.

The master plan for the city of Fuzuli, which is the district’s administrative center, has already been developed. According to the master plan, Fuzuli city will cover 1,936 hectares, and by 2040, it will be home to 50,000 people.

On October 17, President Aliyev broke ground for the “smart village” in the district. The project will be implemented using green and alternative energy and a “smart management” system. At the initial stage, a total of 450 houses will be built there. Also, the village will be surrounded by a “smart village” farm.