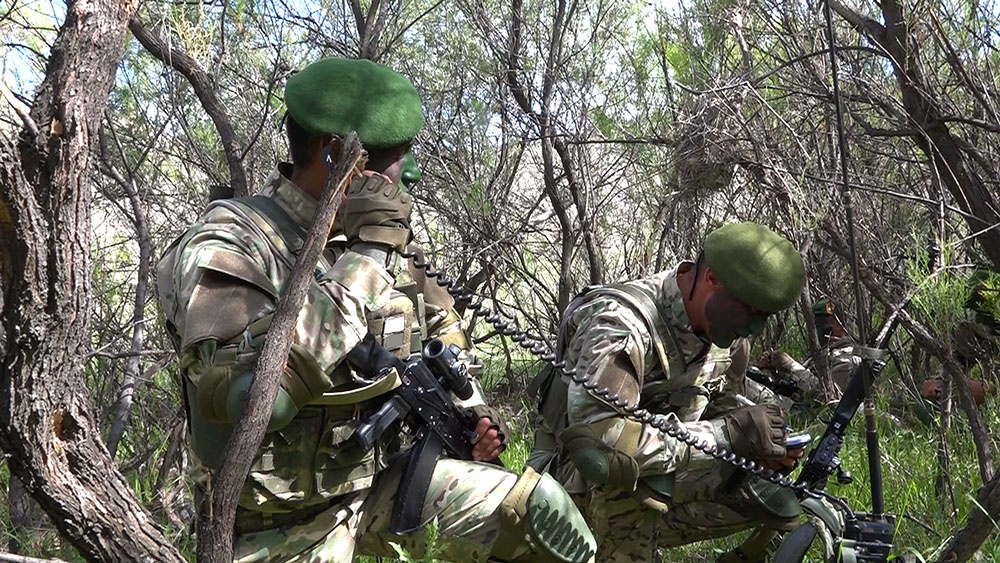 Photo from competitions among military scouts of the Combined Arms Army of Azerbaijan, May 25, 2020 / Ministry of Defense of Azerbaijan

Azerbaijani forces took an Armenian military commander captive on August 23 during an operation to repel an attack on Azerbaijani positions in the western Goranboy district.

The captured man was the commander of a sabotage-reconnaissance group. He was identified as Gurgin Alberyan, a senior lieutenant of Armenia's armed forces, Azerbaijan's defense ministry reported.

"As a result of the resolute actions of the units of the Azerbaijan Army stationed in this direction, the enemy, suffering losses, was forced to retreat," read the statement published to the ministry's website.

The ministry went on to accuse Armenia's military-political leadership of instigating tensions at the battle front.

A spokesperson for Armenia's defense ministry, Shushan Stepanyan, confirmed in a Facebook post that an Armenian serviceman was taken captive on August 22. She explained that the officer was checking combat positions, but got lost on his way back due to what was claimed to be poor weather conditions.

On Sunday, the captured officer appeared in video footage that went viral. The man was seen handcuffed and surrounded by Azerbaijani servicemen who said that he was caught while trying to infiltrate Azerbaijani positions.

This was not the first sabotage attempt. Armenian forces have repeatedly violated a 1994 ceasefire that stopped the hostilities between the two countries. However, one of the most flagrant violation was on July 12 when Armenian forces attacked Azerbaijani positions and a short war broke out that lasted four days.

Armenia's military shelled Azerbaijani positions in the Tovuz district located on the Armenia-Azerbaijan state border. Continuous shelling by Armenia's troops triggered a full-blown war that ended on July 16. Azerbaijan lost 12 servicemen, including one general and one colonel, as well as a civilian. Although Armenia's government confirmed four deaths on its side, civil society has denounced the official death toll, which is believed to be over 30.

Since the July clashes, Armenian troops have been trying to conduct aerial reconnaissance over Azerbaijani positions. As of August 15, Azerbaijani air defense units destroyed seven Armenian spy drones, two of which were identified to be tactical unmanned X-55 aerial crafts — a flying robot produced domestically in Armenia.

Armenia and Azerbaijan have been locked in a decades-long conflict in South Caucasus which began after Armenia kicked off an armed attack on internationally-recognized Azerbaijani lands following the dissolution of the Soviet Union in 1991. The war lasted until a ceasefire in 1994, which saw Armenia occupying the Nagorno-Karabakh region and seven surrounding districts of Azerbaijan. One million ethnic Azerbaijanis were forcibly displaced from these areas and 30,000 were killed.

Despite four UN resolutions demanding the immediate withdrawal of Armenian forces from occupied lands and the return of internally-displaced Azerbaijanis to their native land, Armenia has been refusing to pull its forces out.