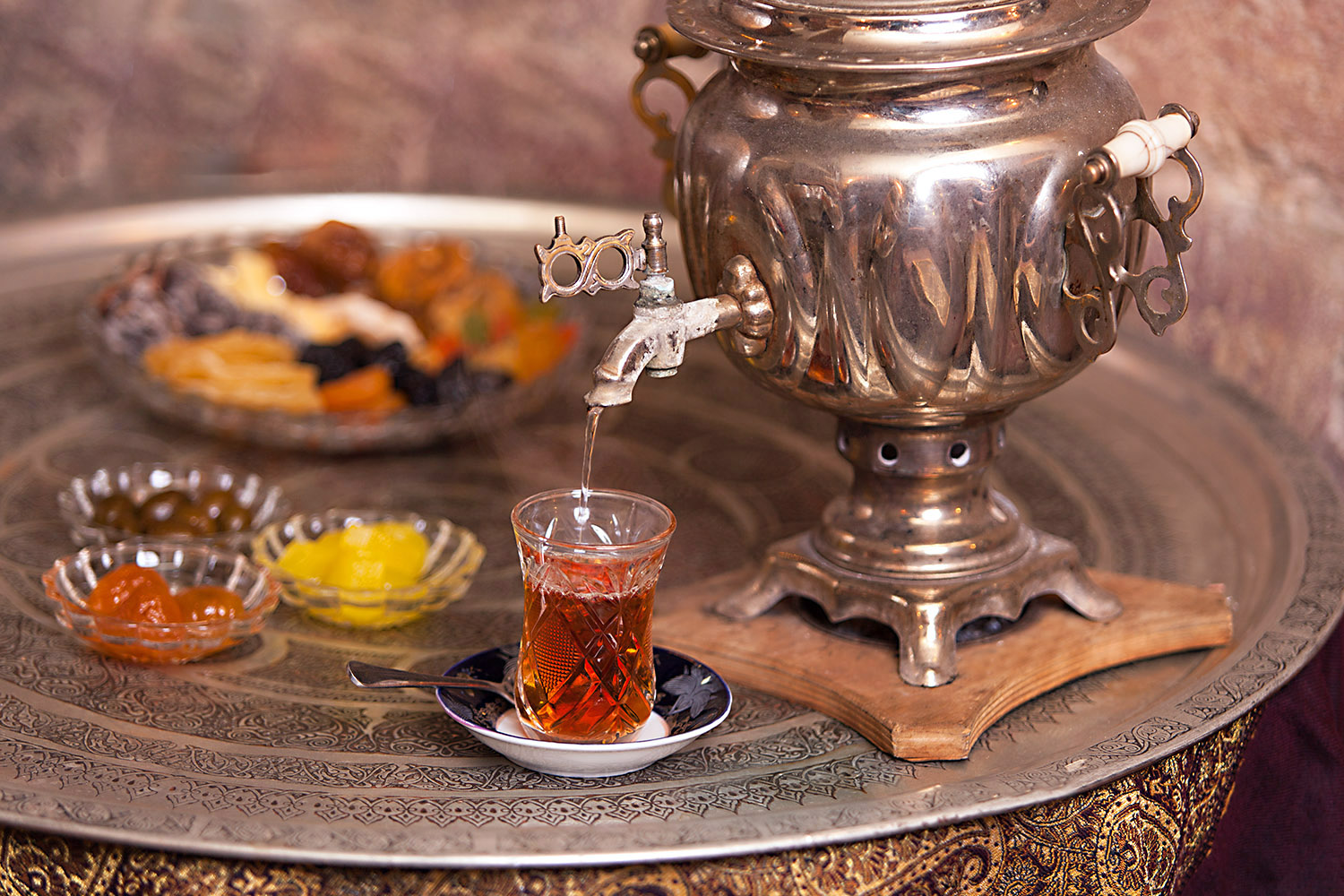 Tea gets the most thumbs up in Azerbaijan as a traditional and even national drink served in a crystal pear-shaped “armudu” glass in the middle of a tray filled with colorful sugar cubes, various fruit jams, and peculiar pastries / Courtesy

Tea for Azerbaijanis is what coffee for Americans. A glass of this hot and sometimes spicy drink is enough to help locals in the Caspian country feel relaxed and vigorous.

Tea has risen to fame both in Azerbaijan and the world through well-preserved tea drinking traditions that cannot be experienced anywhere in the world but in this ten million country, known as the Land of Fire. To prove its worth, Azerbaijani tea has recently got thumbs up in Canada, where it had outshined its rivals from around the world to be the best of its kind.

Araz Yagubov, Chairman of the “Yaşıl Çay” (Green Tea) LLC with its headquarters in the subtropical Lankaran region in the south of Azerbaijan, said representatives of the Food and Agriculture Organization (FAO) of the United Nations nominated Azerbaijani tea following their tour in the company’s tea plant.

“We were informed that the FAO sent samples of the Azerbaijani tea to Canada, where our tea and other types of tea were tested,” Yagubov told Trend. “As a result, Azerbaijani tea was awarded the title of the best among other varieties of this drink.”

Tea’s transformation into a must-have drink in the life of Azerbaijanis has gone through more than a century ever since it has first been cultivated in the country in the late 19th century. It has climbed to fame with the launch of a tea plant in Lankaran in 1937. Today, Lankaran city and Masalli district in the south, and Zagatala district in the northwest are considered the tea cultivation and production hubs of the country.

Tea gets the most thumbs up in Azerbaijan as a traditional and even national drink served in a crystal pear-shaped “armudu” glass, in the middle of a tray filled with colorful sugar cubes, various fruit jams, and peculiar pastries. The country fairly boasts the most authentic and ceremonial tea serving tradition of the world with no alternative anywhere else.

It is the “number one” drink on the tables in houses and restaurants in Azerbaijan both in winter and summer. “No tea, no party,” meaning no meeting, no event, no festivity is held in the country without this brew, is a common slogan in the homeland of tea drinkers. The ritual drink for Azerbaijanis is in its vernacular name, “çay,” attributed to Azerbaijan in Shag’s Around the World in 80 Drinks book.

That could be a grave insult for an Azerbaijani family to let a guest leave their house without being treated with a glass of tea. “Pürrəngi” or dark red color of the tea is the standard of the highest quality and taste of the drink. Tea is served with a number of fruit jams made of quince or red rose petals and white cherry with a nut filling and national pastries – pakhlava, shekerbura, goghal and badambura.

The roots of this drink, however, are not associated with Azerbaijan. Tea is believed to have its roots in ancient China, during the reign of Emperor Shen Nung, almost 5,000 years ago. According to a legend, in 2732 B.C. the emperor revealed tea in an accidental falling of leaves from a wild tree into his pot of boiling water. The pleasant scent has immediately started to spread around and Shen Nung tested this all-new recipe. The legend claims that the emperor talked about a warm feeling coming in the wake of drinking the intriguing brew as if the liquid was walking through his body and investigating every inch. Shen Nung has subsequently named the brew "ch'a", which in Chinese means to check or investigate.