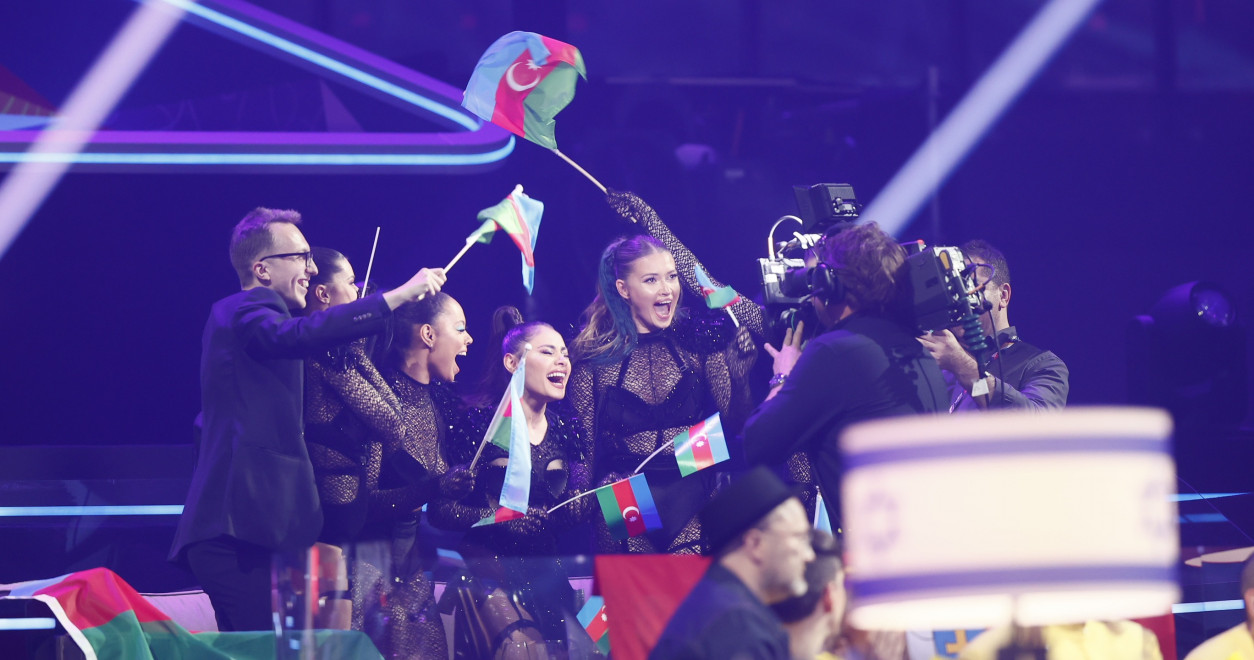 Efendi and her team celebrates qualifying for the Eurovision Grand Final. / Eurovision.Tv

Azerbaijan’s performer Efendi has made it through to the Grand Final of the 2021 Eurovision Song Contest (ESC) in the Rotterdam city of the Netherlands on Tuesday.

Efendi (Samira Efendiyeva) took the stage with her “Mata Hari” song in the first semi-final and came up as one of ten qualifiers for Saturday night’s Grand Final show.

“I am deeply grateful to everyone for their support and look forward to the support of the Azerbaijanis of the world,” Efendi said in a video address to the Azerbaijanis before taking the stage.

“The atmosphere here is wonderful, exciting, despite the coronavirus. We represent Azerbaijan with dignity … Support us until the very last moment. Love you,” she added.

The original version of “Mata Hari” has been composed and penned by Amy van der Wel, Josh Earl, Luuk van Beers, and Tony Cornelissen. “Mata Hari” outshone 229 compositions by Azerbaijani and foreign authors to win the national selection. According to Efendi, the song is dedicated to strong women, whose power cannot be compared with anything. Every woman is a queen, says the Azerbaijani singer.

Meanwhile, along with Efendi, contestants from Belgium, Cyprus, Israel, Lithuania, Malta, Norway, Russia, Sweden, and Ukraine have also qualified for the final show of the contest scheduled for May 22.

The results of the semi-final show were determined through a combination of a jury and televised votes. The jury cast their vote during the second dress rehearsal held on May 17, while the televoting took place on the same night with the show’s live broadcast.

Ten successful finalists will join the Big Five and the Netherlands in the Grand Final on Saturday, May 22. The Big Five group includes France, Germany, Italy, Spain, and Great Britain, known as the biggest financial contributors to the contest’s organizer, European Broadcasting Union. The next ten qualifiers for the Grand Final will be known following the second semi-final on May 20.

This year’s Eurovision Song Contest is taking place in the Rotterdam city of the Netherlands, with representatives from 39 countries participating. Rotterdam Ahoy multi-purpose arena is playing a host to the contest.