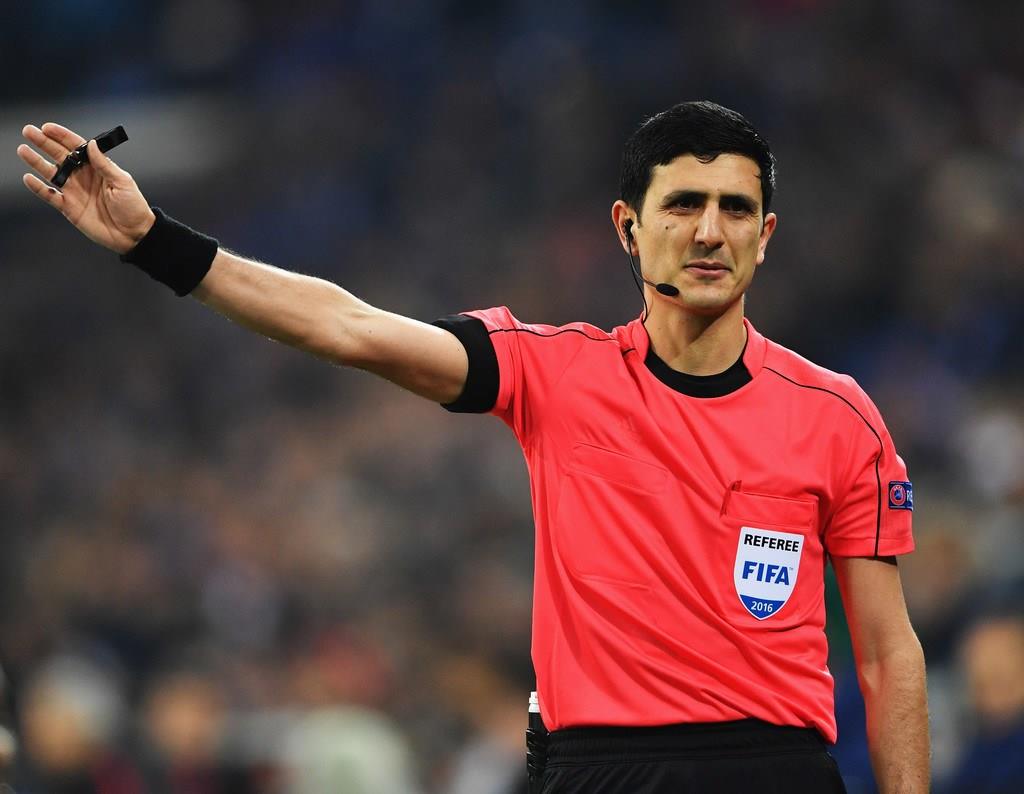 UEFA has appointed a FIFA-licensed football referee from Azerbaijan to a Champions League group match.

A brigade led by Aliyar Aghayev, one of Azerbaijan's most successful referees, will rule the 6th round of the group G game between Danish F.C. Copenhagen and German Borussia Dortmund (Dortmund) on November 2, according to Azeri Sport.

Aghayev will be assisted by his compatriot linesmen Zeynal Zeynalov and Akif Amrali, while the fourth referee will be Kamal Umudlu.

Aghayev's appointment to a Champions League match is the first of its kind in the history of Azerbaijan football.

In 2017, UEFA empowered him to oversee a Europa League match between Vardar from Macedonia and Spain’s Real Sociedad de Fútbol.

Aghayev, who acquired his FIFA Referee card in 2013, is the most internationally recognized referee in the country. In 2016, he was assigned to the UEFA Europa League matches and UEFA Under-19 EURO final game in Germany. As an internationally recognized referee, Aghayev participated in the 25th UEFA training course alongside well-known referees, such as Martin Atkinson, Mark Clattenburg, and Cüneyt Çakır, in December 2016. That same month he was recognized with the “Rising Referee Star 2016” award by the blog “The 3rd Team.