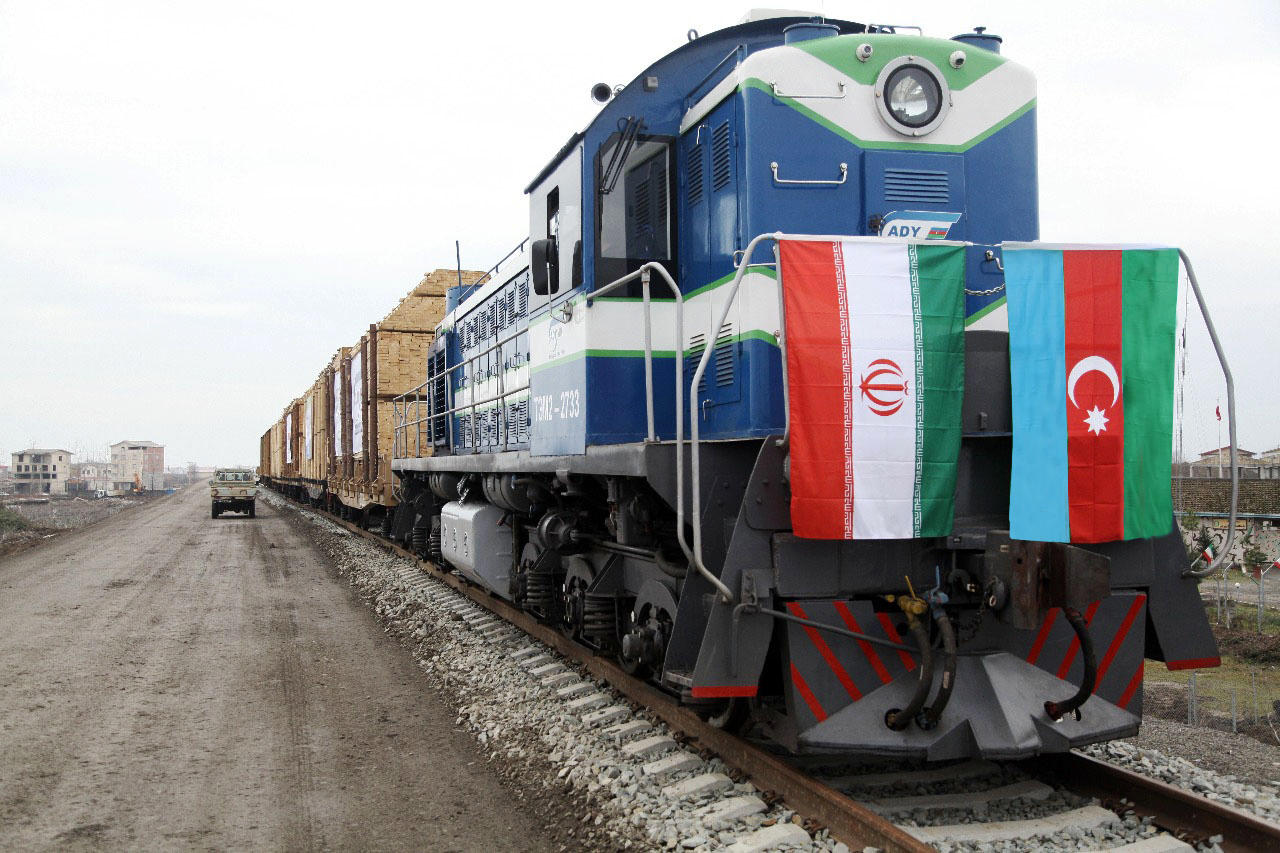 “I hope that with the help of bilateral cooperation, we will be able to witness the expansion and strengthening of economic relations between Iran and Azerbaijan,” Farhad Dejpasand who is also the Iranian head of the joint cooperation committee of the two counties said in a phone conversation on June 17, according to the Islamic Republic News agency.

The Iranian minister also referred to the building of a joint industrial park near the border of the two countries and joint projects of North-South Corridor which is a 7,200-km-long multi-mode network of ship, rail, and road routes for moving freight between India, Iran, Afghanistan, Azerbaijan, Russia, Central Asia and Europe.

A preliminary agreement on the establishment of a joint Iranian-Azerbaijani industrial park was reached in 2019. Along with a joint industrial park, the two countries will also set up a joint logistics center in Iran's Ardabil Province.

Dejpasand wanted Mustafayev to take measures to support Iranian transit drivers dealing with issues when entering Azerbaijan in the time of coronavirus.

According to the data compiled by Iran’s Health Ministry, 2,596 new coronavirus cases and 87 deaths have been confirmed in Iran during the past 24 hours. The total number of infections and deaths has hit 197,647 and 9,272, respectively.

Azerbaijani Deputy Prime Minister Mustafayev said his country has a comprehensive plan to limit the negative effects of the coronavirus outbreak and to support the employers and people active in trade and economy, and promised to pursue all the points mentioned by the Iranian side and try to finalize the projects with collaboration.

The minister also hoped that through preserving anti-coronavirus health protocols the two sides can hold the 14th Iran-Azerbaijan Joint Economic Commission in the near future.

On May 23, Iranian First Vice President Es’hagh Jahangiri notified the issuance of temporary signing and sealing the Preferential Trade Agreement (PTA) between the two governments to the ministries of Industry and Foreign Affairs for enforcement. Accordingly, the Iranian Ministry of Industry, Mine and Trade has been obliged to follow up the legal procedure up to the final approval of the agreements made.

According to the head of the Management and Planning Organization of Ardabil Province Davud Shayegan, the construction of the Ardabil-Parsabad railway which will be connected to the railway network of the International North-South Transport Corridor, has been discussed with Azerbaijani officials.

“The products manufactured in the joint industrial town will also be exported via Azerbaijan by this international railway. The logistics center will enable the export of goods from other regions of Iran and Azerbaijan,” the Shayegan said on June 7.

It should be noted that Iran exported 41,535 tons of commodities to Azerbaijan from railway terminal of Astara between March 20 and May 20, showing a 178 percent increase compared to the same period in the previous year.