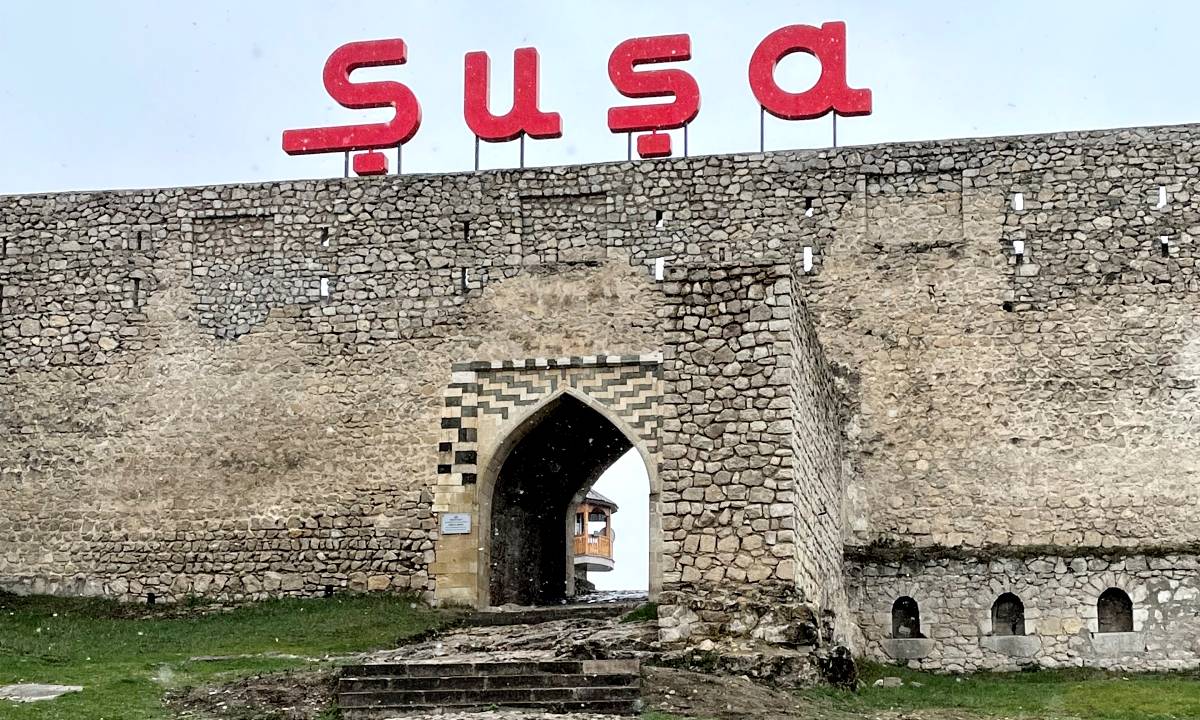 The fortress gates of the city of Shusha / Courtesy

The opening of a Turkish consulate in Azerbaijan’s Shusha city remains high on the bilateral agenda of the two countries.

Turkish Ambassador to Azerbaijan, Cahit Bagci, said Ankara and Baku have been discussing the issue in regular negotiations.

“Negotiations are underway between the ministries of foreign affairs of Azerbaijan and Turkiye on the establishment of a Turkish consulate in Shusha,” Bagci told reporters in Baku on Tuesday.

Turkish authorities first revealed their intention to launch a Turkish mission in Shusha in June last year when President Recep Tayyip Erdogan visited the city to sign a strategic partnership declaration with his Azerbaijani counterpart Ilham Aliyev. Back then, President Erdogan said the diplomatic mission would help the two countries implement the planned activities in the region faster and more efficiently.

Turkiye was the first country to recognize the restoration of Azerbaijan’s independence after the dissolution of the Soviet Union in 1991. The first Turkish diplomatic mission in Azerbaijan was a consulate general. However, it was later transformed into an embassy. Currently, Turkiye has an embassy and two consulates in Azerbaijan. The embassy is located in the capital Baku, while the consulates are based in the cities of Nakhchivan and Ganja.

The Azerbaijani army restored Azerbaijan’s sovereignty over the city of Shusha on November 8, 2020, during a 44-day-long counter-offensive operation from September 27 through November 9, 2020. Azerbaijani forces liberated more than 300 settlements, including the cities of Jabrayil, Fuzuli, Zangilan, Gubadli, and Shusha, from a nearly 30-year-long illegal Armenian occupation. The liberation of Shusha played a crucial role in the retreat of Armenia’s forces and the cessation of hostilities. The war ended with the signing of a tripartite statement by Armenia, Azerbaijan, and Russia on November 10, 2020. Armenia also returned the occupied Aghdam, Kalbajar, and Lachin districts to Azerbaijan as part of the obligations it agreed to under the agreement.