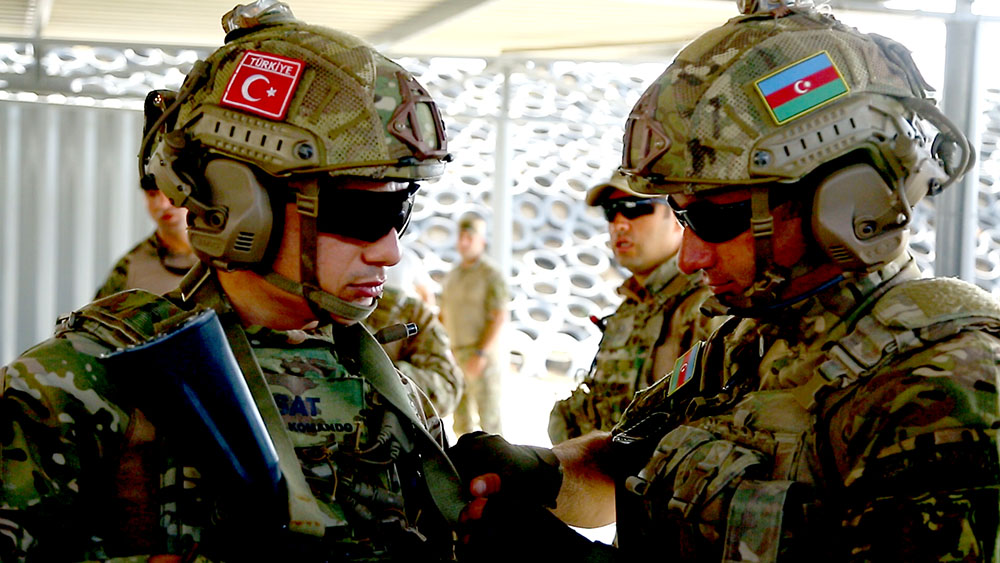 Deeper cooperation in the defense sector is one of the priority issues addressed in the Shusha Declaration signed between Baku and Ankara on June 15, 2021. / Ministry of Defense of Azerbaijan

The Armed Forces of Azerbaijan and Turkey again teamed up for the joint drills in the Nakhchivan Autonomous Republic of Azerbaijan.

The Ministry of National Defense of Turkey confirmed that the exercises, which kicked off on October 5, are the subsequent stage of the “Unshakeable Brotherhood 2021” joint combat tactical exercises involving the militaries of the two neighboring countries.

“The purpose of the exercises is to develop friendship, cooperation, and interaction between the Armed Forces of Turkey and Azerbaijan,” Pinar Kara, spokesperson to the ministry, said on Sunday.

The drills in Nakhchivan, which will run through October 8, are the second phase of the “Unshakeable Brotherhood 2021” training conducted jointly by the Turkish and Azerbaijani armies. The inaugural exercises took place from September 20-30.

The “Unshakeable Brotherhood 2021” drills form part of the “Brother Brigade” project, which aims to ensure interoperability between Turkish and Azerbaijani forces and harmonize training planning, management, and execution principles.

Azerbaijan and Turkey regularly conduct joint military exercises. In September, the special forces of the two countries held joint drills in the Lachin district of Azerbaijan. These exercises have become the first military drills of the partner forces since the region’s liberation from the Armenian occupation in 2020.

Deeper cooperation in the defense sector is one of the priority issues addressed in the Shusha Declaration signed between Baku and Ankara on June 15, 2021.

The strategic document addresses coordinated and joint Turkish-Azerbaijani activities in the event of a threat or aggression by a third state or states against the independence, sovereignty, territorial integrity, inviolability of the internationally recognized borders, or security of each country. Joint consultations shall be conducted in case of such events, according to the document, which lays the groundwork for appropriate initiatives under the purposes and principles of the UN Charter and necessary assistance to each other under the UN Charter, as well as coordinated military activities to defend against foreign threats.

In addition to joint drills with Turkey, the authorities of Azerbaijan also work to upgrade the country’s military in line with the Turkish army model. Azerbaijan’s President Ilham Aliyev believes this model is the most suitable for the country’s armed forces.

“The Turkish army is one of the strongest armies in the world, the second most powerful army in NATO. We intend to create a small model of the Turkish army in Azerbaijan. Specific work in this direction has already begun,” President Aliyev said earlier this year.