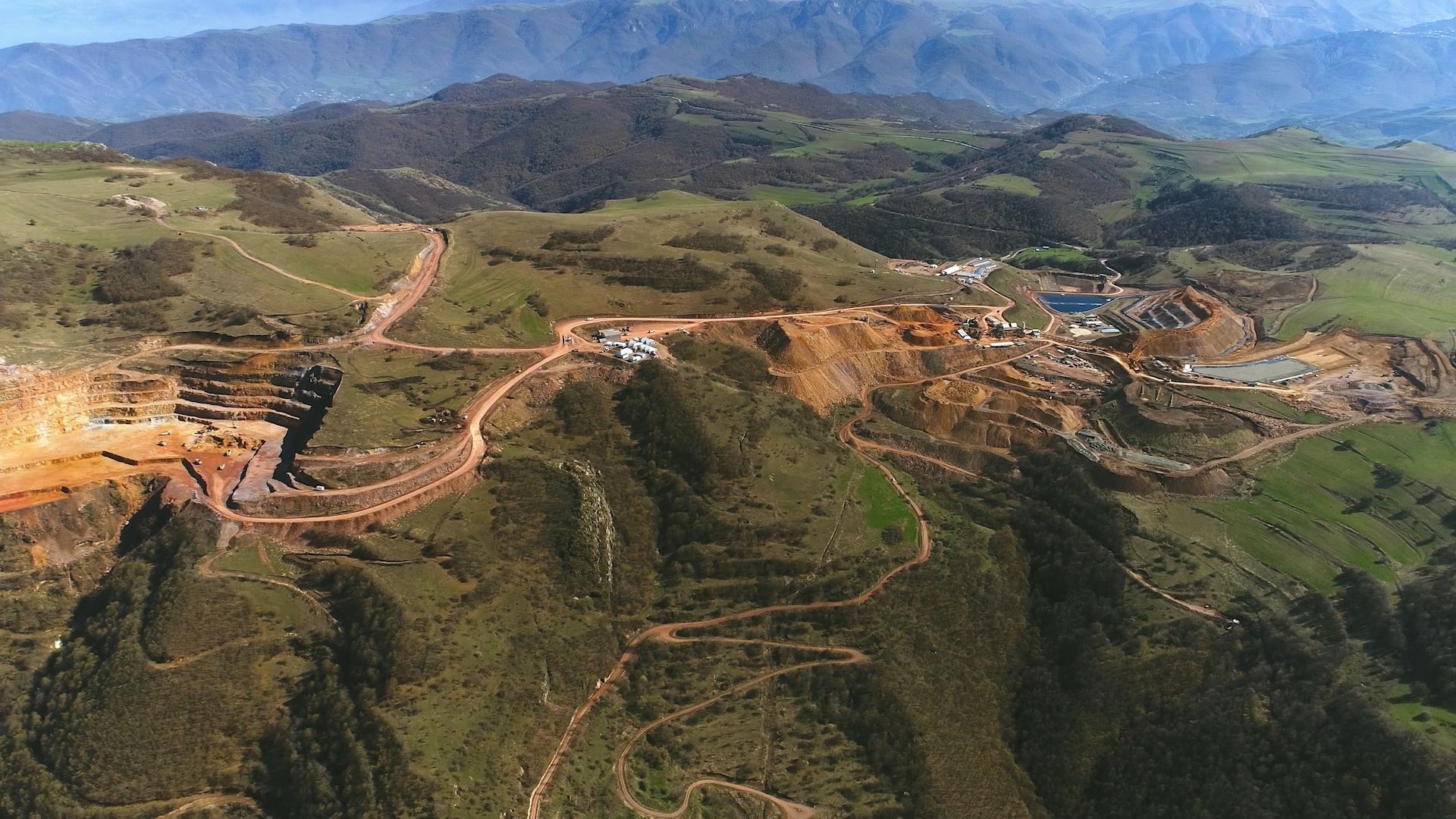 According to the preliminary estimates, Armenia’s environmental crimes committed in Azerbaijani lands are said to cause $285 billion in damages. / AzerGold

Azerbaijan’s President Ilham Aliyev vowed to start legal proceedings at international courts to demand compensation for the damage and ecological terror committed by Armenians in the once occupied Azerbaijani territories.

The announcement was made at a video meeting with the newly appointed special representative of the Azerbaijani president in the Zangilan district.

The president outlined deforestation, illegal exploitation of gold reserves, and contamination of rivers as one of the ultimate examples of the environmental terror conducted by Armenians.

“Fifty to sixty thousand hectares of forest have been completely destroyed. We observed this via satellite. A process of deliberate deforestation was underway, especially in Kalbajar, Lachin, Zangilan and Gubadli districts. This, in fact, is savagery and looting,” President Aliyev was quoted as saying by his official website.

According to him, the world’s second-largest sycamore forest in Zangilan suffered seriously from deliberate deforestation and arson, which were also observed in the Kalbajar and Lachin districts even after the war in 2020. Moreover, the Okhchu River and the Vejnali gold deposit in Zangilan were also subjected to large-scale ecological terror and illegal exploitation.

“The illegal exploitation of the Vejnali gold deposit by foreigners, including foreigners of Armenian origin, will cost them dearly. We know the names of those people. We will expose them to the world and they will compensate us. They will definitely pay compensation for the damage,” President Aliyev said.

“We have now started all the legal procedures … Not a single crime will go unanswered. First, we are calculating all the damage, the process of passportization of all our cities and villages is underway. Video and photos of each building or the ruins of that building are being taken. This is proof, and we intend to appeal to international courts. Preparations are underway.”

According to the preliminary estimates, the amount of material damage caused by Armenians to Azerbaijan’s infrastructure, resources, and citizens totals $818 billion. The environmental crimes caused $285 billion in damages.

The Azerbaijani authorities have repeatedly voiced the unprecedented systematic deforestation activities in the Karabakh region, calling for an international investigation into the issue.

Meanwhile, five gold deposits and other natural resources of Azerbaijan in the once occupied territories have been intensively looted by the local Armenian companies and those invited from overseas. Companies such as Vallex Group, First Dynasty Mines, Base Metals, Lydian International, GeoProMining, Vedanta Group, and the Armenian-descent businessmen and entrepreneurs had been involved in illegal mining operations in the Azerbaijani lands. The Franck Muller luxury watch manufacturer company owned by a Swiss tycoon of Armenian origin, Vartan Sirmakes, used gold from the Soyudlu and the Vejnali deposits of Azerbaijan in the production of Frank Muller watches. Sirmakes has reportedly exploited gold worth $302 million.

The contamination of the Okhchu river, one of the eleven rivers of Azerbaijan in the Karabakh region, which is home to more than 30 percent of the country’s overall drinking water reserves, has also been a great concern for the Azerbaijani authorities over the years.

Baku blamed the Armenian authorities for not preventing the pollution of the river, the water of which is not used in Armenia and flows into Azerbaijan’s agriculturally important Araz River. The Okhchu river is said to be used as a “collector” by Armenia’s producers for sending away the industrial wastes from the country’s territory and causing agricultural, environmental, and humanitarian disasters in Azerbaijan. The analysis of the samples taken from the Okhchu river revealed many life-threatening elements in the water, including copper, molybdenum, manganese, iron, zinc, and chromium. According to the examination results, the amount of nickel in the river was seven times, iron four times, and copper-molybdenum two times higher than normal.