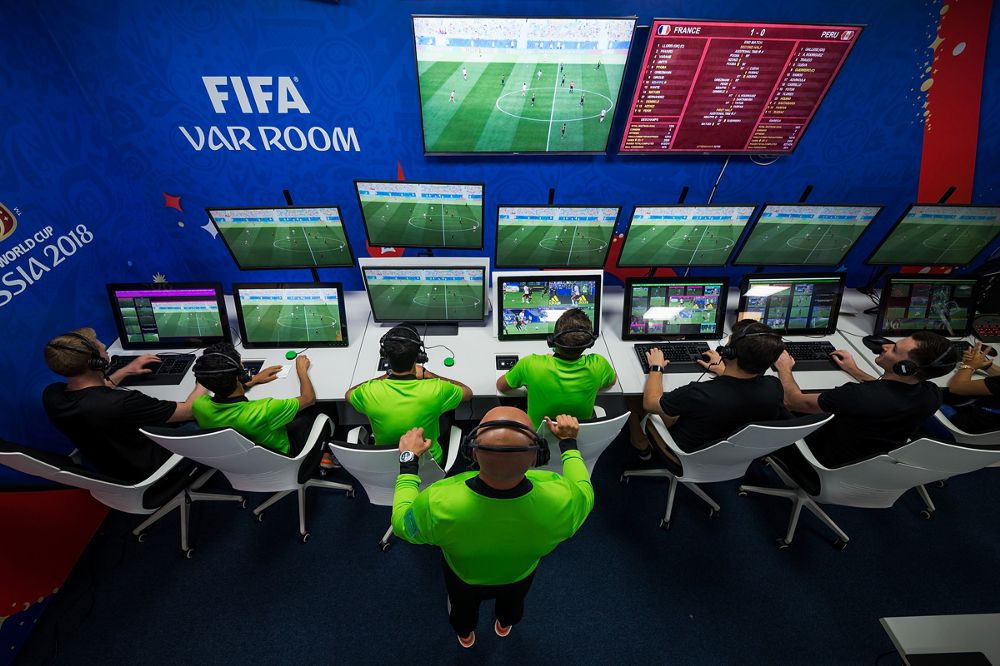 Azerbaijan Football Federations Association (AFFA), the main governing body of football (soccer) in the country, held this week an online meeting with the world’s leading football organization, FIFA, to discuss the introduction of the Video Assistant Referee (VAR) system in Azerbaijan.

Following the meeting, the sides agreed to introduce VAR in Azerbaijan sometime in May.

VAR is an off-the-pitch technology to primarily help the game’s referee review the disputed goal occasions during the game, such as offside, foul, or a ball’s questionable crossing the goal line. In addition to goals, the technology checks penalty decisions, direct red card incidents, and mistaken identity cases as well. VAR review is done with TV replays after either the pitch referee’s informing the VAR room or recommendation of VAR controllers to review the incident or decision. The referee usually has the final say regarding the incident after the VAR’s suggestion.

AFFA announced that the introduction of VAR in Azerbaijan would take place in five stages. The first review of the technology will last between 1.5 and 3 months. AFFA will be submitting a VAR declaration in the second stage over 1-2 months. The third stage is scheduled to cover six months and will feature preparations and training activities to deploy VAR. Approval of the system is going to take place over a month in the fourth stage. The last fifth stage, known as the monitoring and supervision stage, will sanction the continuous use of VAR in the matches of the national football league.

Azerbaijan is the second country in the Caspian Sea region to deploy VAR technology after Russia. In June 2019, the Russian Football Union used VAR in two rounds of the semi-final matches of the 2018/2019 Russian Cup Tournament.