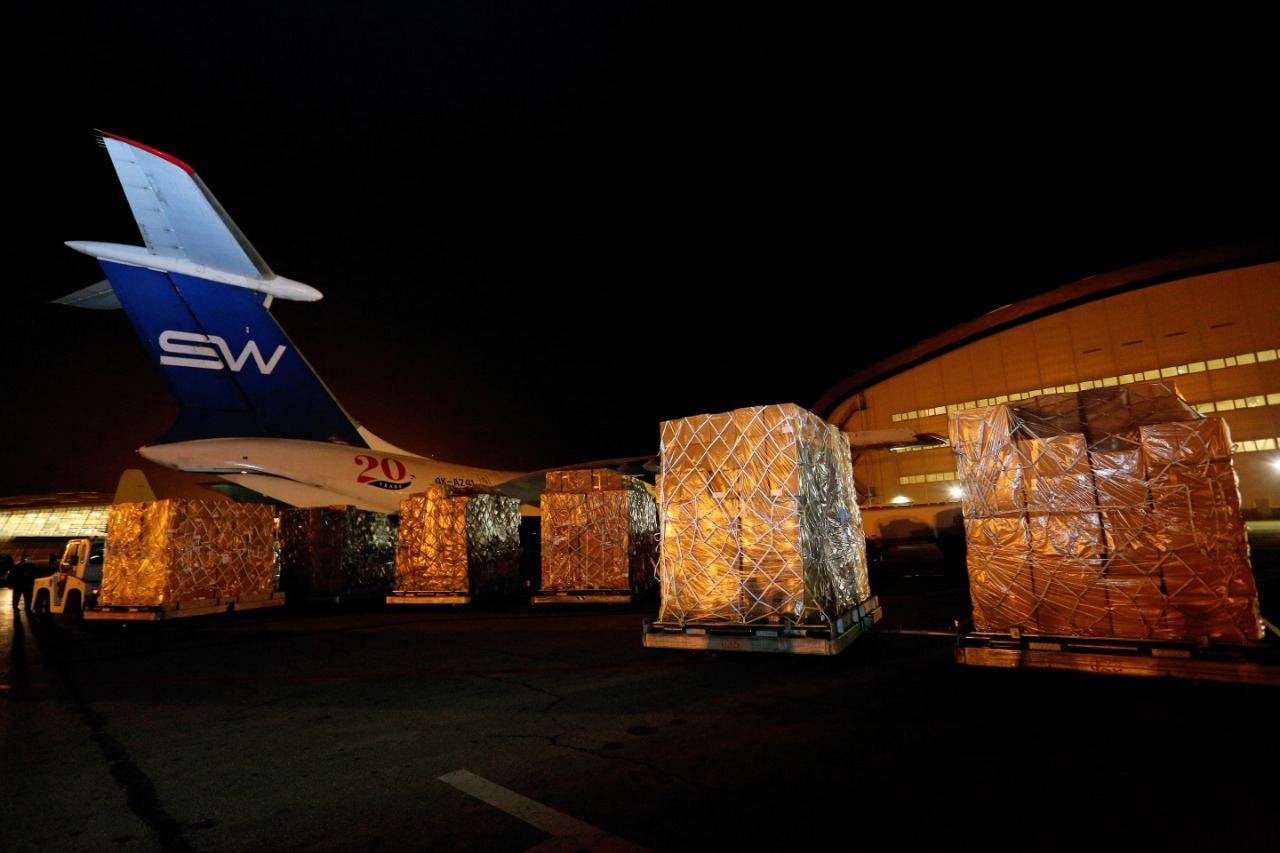 The two aircraft carrying humanitarian aid worth more than €5 million ($5.6 million) left the Heydar Aliyev International Airport in Baku for the Polish city of Rzeszow, from where it will be supplied to Ukraine via overland routes.

In another post, Ukraine’s president stressed that President Aliyev instructed Azerbaijan’s state-run oil company SOCAR to supply the ambulances and vehicles of the State Emergency Service with fuel free of charge in its gasoline stations in Ukraine.

Meanwhile, Turkiye has also dispatched a convoy of humanitarian aid to Ukraine this week. Three trucks carrying relief supplies such as tents and mobile catering vehicles departed for the country on February 25.

The Turkish and Azerbaijani presidents also proposed to mediate negotiations between Ukraine and Russia.

Russian forces launched a major assault on Ukraine on Thursday. The invasion by land, air, and the sea began after a pre-dawn TV address where President Putin demanded that Ukraine’s military lay down its arms.

On its fifth day, the war rages in dozens of Ukrainian cities and towns. According to the latest reports, at least 352 civilians in Ukraine, including 14 children, were killed and 1,684 wounded in the ongoing hostilities. Video and photo footage showed the Russian military targeting a residential apartment block in Kyiv.

British Prime Minister unveiled a big package of anti-Russia sanctions that target the banks, individuals in President Putin’s closest circle, and wealthy Russians who have large amount of assets in London. In addition, many European countries issued restrictions on flights from Russia. Canada, in its turn, revoked permits on exports to Russia and hit 62 Russian individuals and entities, including the banking elite, as well as government officials, including the defense minister, finance minister, and justice minister, with severe sanctions.