Azerbaijan Seizes over 500 Kg of Heroin at Iran Border 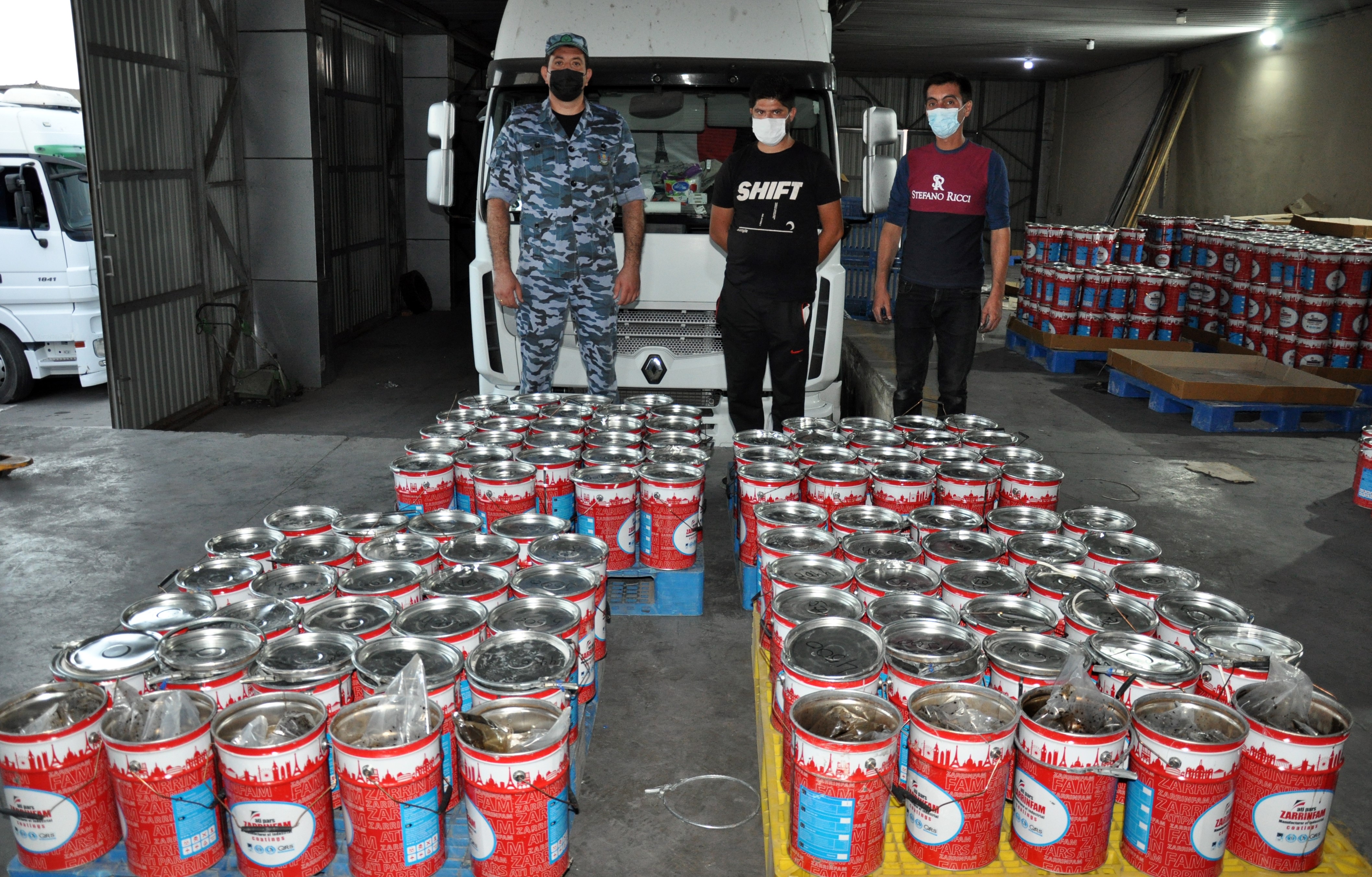 The Azerbaijani customs officers have seized a record amount of heroin in a truck at a customs checkpoint on the border with Iran. Packages containing 527.6 kg of liquid heroin in 105 10-litre metal cans were found in a truck, en route from Iran to Latvia via Azerbaijan / Azerbaijan's State Customs Committee

Azerbaijani customs officers have seized a record amount of heroin in a truck at a customs checkpoint on the country's border with Iran.

The officers found packages containing 527.6 kg of liquid heroin in 105 10-liter metal cans in a truck whose driver was an Iranian citizen, at the Bilasuvar customs checkpoint, en route from Iran to Latvia via Azerbaijan, the press service of Azerbaijan's State Customs Committee reported on September 20.

“The analysis shows that criminal groups involved in drug trafficking used to achieve their goals by using the previously occupied territories of Azerbaijan as a convenient transit route,” the report said.

After Azerbaijan restored its territorial integrity after the Second Karabakh War with Armenia in September – November 2020, drug traffickers are looking for new routes, trying to transport narcotics via checkpoints. However, customs officers have thwarted these attempts.

As a result of the 44-day war, Azerbaijani forces liberated over 300 settlements, including the cities of Jabrayil, Fuzuli, Zangilan, Gubadli, and Shusha, from nearly 30-year-long illegal Armenian occupation. The war ended in a tripartite statement signed on November 10 by Armenia, Azerbaijan, and Russia. Under the statement, Armenia returned the occupied Aghdam, Kalbajar, and Lachin districts to Azerbaijan.

Various reports have confirmed that Armenian authorities used the once occupied Karabakh (Garabagh) region of Azerbaijan as a corridor for drug trafficking to European countries during the years of occupation. The authors of a virtual library, dubbed “Narco Karabakh” and introduced in 2019, claimed the occupied Karabakh region was strategic in the transcontinental shipment of narcotics between the Middle East and Europe.

Afghan heroin shipments made their way through Iran, the once occupied Karabakh region and Armenia, and then narcotics were usually smuggled by road through Europe’s open borders, before reaching the UK by sea, according to authors.

A few years ago, in one of its open reports, the CIA pointed to the trail of the Iranian special services in organizing drug trafficking in the occupied territories, which until recently were not controlled by Azerbaijan due to their illegal occupation by Armenian forces, Azeri Daily reported on May 22.

The Azerbaijani special services repeatedly announced the passage of a strategic drug corridor through the uncontrolled territory near the border with Iran occupied by Armenian troops. So, after the liberation of the border zone with Iran, the Azerbaijani State Customs Committee, the State Border Service and the Ministry of Internal Affairs in a few months stopped attempts to smuggle tens of tons of illegal narcotic substances through the once occupied territory of Azerbaijan, mostly heroin. The delivery route ran through the occupied territory of Azerbaijan in the direction of Russia, Ukraine, Georgia and Moldova, the report added.