Azerbaijan Reveals Volume of Gas Produced at Shah Deniz Since 2006 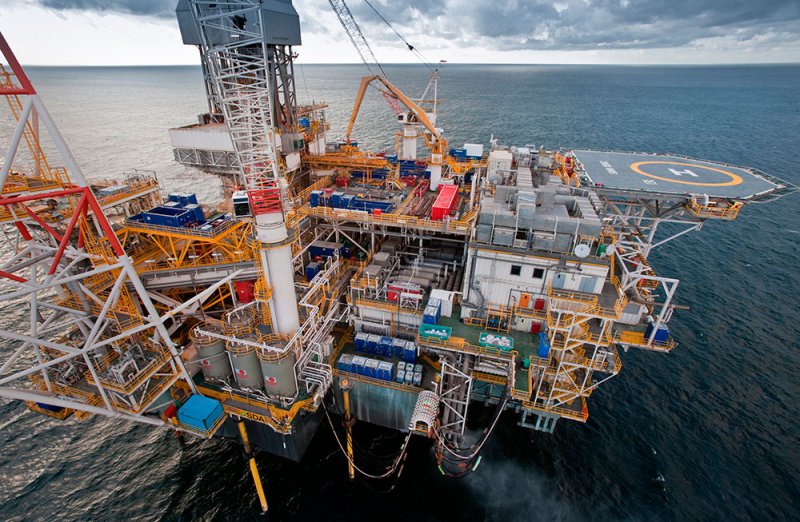 A total of 163.97 billion cubic meters of gas and 36.94 million tons of condensate have been extracted at the Shah Deniz field since it began operations in 2006.

The announcement was made by Rovshan Najaf, First Vice-President and Acting President of Azerbaijan’s State Oil Company (SOCAR).

According to him, the production volume in the first quarter of this year amounted to 6.44 billion cubic meters (bcm) of gas and 1.15 million tons of condensate.

Shah Deniz is considered one of the world’s largest gas-condensate fields, located on the deepwater shelf of the Caspian Sea, 70 km (44 mi) southeast of Baku. The field’s largest partner and operator, BP, names it the company’s second-biggest discovery after the Prudhoe Bay oil field in Alaska. BP estimates the reserves of Shah Deniz to be about 1.2 trillion cubic meters (42.38 trillion cubic feet) of natural gas and 2.2 billion barrels of condensate.

The existing Shah Deniz facilities’ production capacity is currently about 72 million standard cubic metres of gas per day or more than 26 bcm per annum.

A total of 32 wells have been drilled in the field, of which 19 are currently operated. Since its launch in 2006, Shah Deniz has supplied over 96 bcm of gas through the South Caucasus Pipeline to foreign markets.

The gas produced there has also been supplied to Turkiye and Europe via the Southern Gas Corridor (SGC) mega pipeline since 2018. SGC consists of the Shah Deniz-2 project, the second development phase of the field, and three pipelines that measure 3,500 kilometers in length and traverse six countries, including Azerbaijan, Georgia, Turkiye, Greece, Albania, and Italy.

The expanded South Caucasus Pipeline, which measures 691 km (429 mi) in length, is the first segment of SGC connecting Azerbaijan, Georgia, and Turkiye. The 1,850 km-long (1,150 mi) Trans Anatolian Pipeline (TANAP) is the largest and middle chunk of SGC, stretching from the eastern border of Turkiye to its western border with Greece. The European part of the corridor — the 878 km-long (546 mi) Trans Adriatic Pipeline (TAP) — starts in Greece to connect the country with Albania and Italy.

Shah Deniz field pumps 16 billion cubic meters (bcm) of gas to Turkiye and the European Union annually. Six bcm of the overall annual supplies are slated for Turkiye, which has been receiving commercial gas via TANAP starting June 2018. The rest is destined for the European markets, and TAP transported the first contracted 10 bcm annual volume of gas to destination markets in March 2022.

Meanwhile, Azerbaijan’s Energy Minister Parviz Shahbazov has recently said that the country has 2.6 trillion cubic meters of proven gas reserves, which could be supplied to foreign markets for the decades to come. In addition to Shah Deniz, Azerbaijan is expected to start operating its biggest gas condensate field, “Absheron,” which can reportedly produce 1.5 bcm of gas in its first phase. The other big gas fields with untapped potential are “Babak,” with estimated reserves of 400 billion cubic meters, and “Umid,” with at least 200 billion cubic meters.