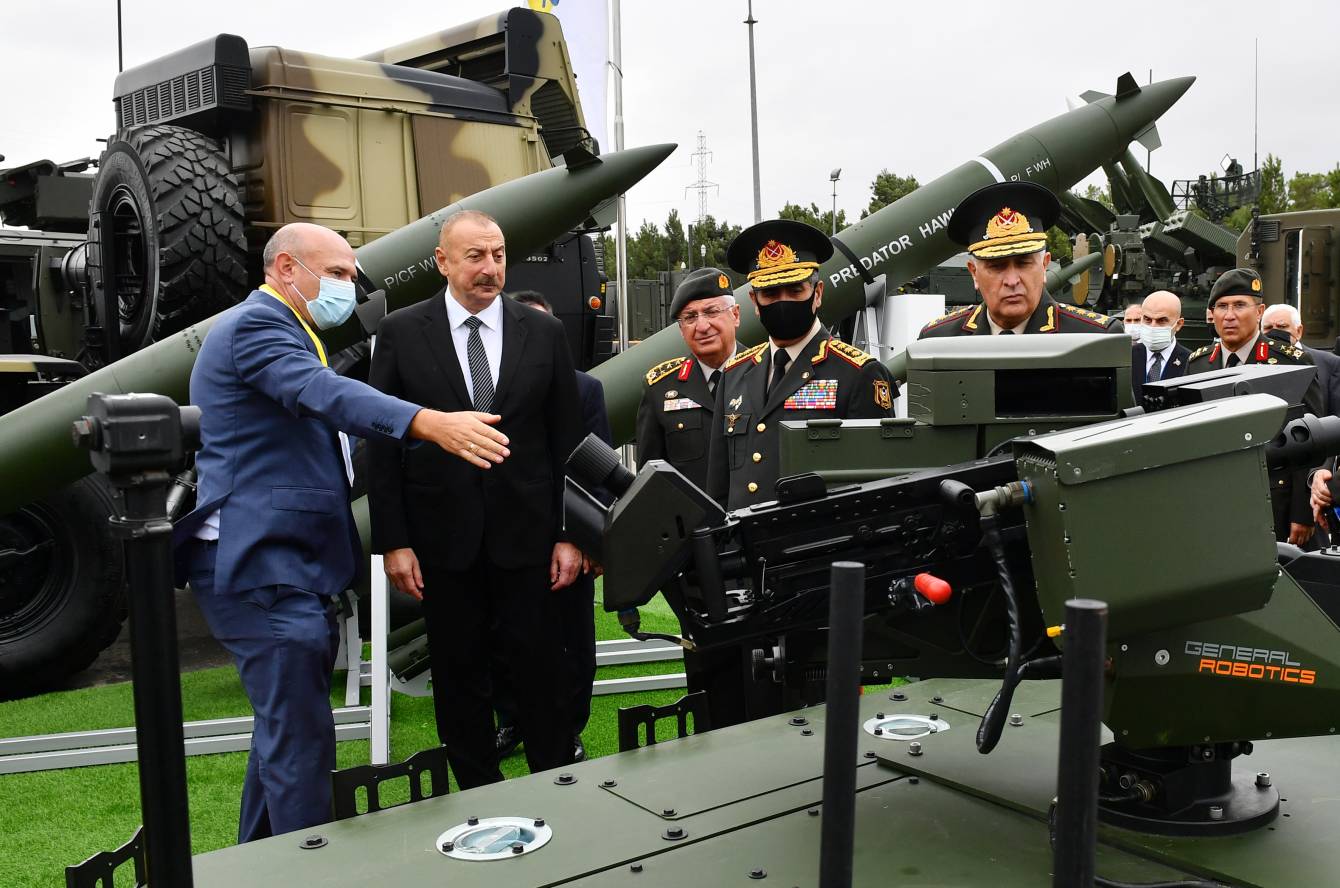 More than 200 defense companies from 26 countries are participating in the Azerbaijan International Defense Exhibition, also known as ADEX, which is currently being held in the country’s capital Baku.

The fourth edition of the event opened on Tuesday. President Ilham Aliyev toured the exhibition where cutting-edge weapons and equipment are being showcased.

He noted that Azerbaijan is closely cooperating with leading companies from more than 50 countries that operate in the aviation, navigation, device manufacturing and other sectors.

“In the coming period, we will further strengthen the Armed Forces and the defense capability of our country, attaching special importance to the production of modern weapons, military equipment, ammunition, rear service property and other material means,” President Aliyev said.

The all-new machine gun is designed to destroy manpower and light enemy fortifications at a distance of 2,000 to 3,000 meters, while the 7.62x54-mm sniper rifle is capable of hitting targets at least one kilometer away. The 30-mm AT-30 automatic cannon is designed to hit lightly armored enemy targets and anti-tank missile systems located at distances up to 1500 meters, manpower and armored vehicles from long distances, as well as air targets flying at a speed less than the speed of sound up to 2000 meters in the sky and fire weapons deployed behind light shelters.

Guliyev revealed that the Azerbaijani army would soon add all-new Turkish and Israeli-made weapons to its arsenal, adding that defense cooperation opportunities offer a lot of potential for Baku.

“Together with Türkiye, we are working on weapons, which are designed for 10-15 years ahead. That is, we look to the future. We even look 20 years ahead. This is the order of the head of state,” he said.

In the meantime, the Azerbaijan-based Improtex Industries Company is demonstrating an Azerbaijani-made mine detector robot at ADEX-2022. The robot is able to neutralize anti-personnel and anti-tank mines, carry payloads weighing up to 500 kilograms and evacuate wounded personnel. Earlier, Improtex Industries presented the national minesweeper Revival-P1, which will be used in the liberated lands of Azerbaijan.