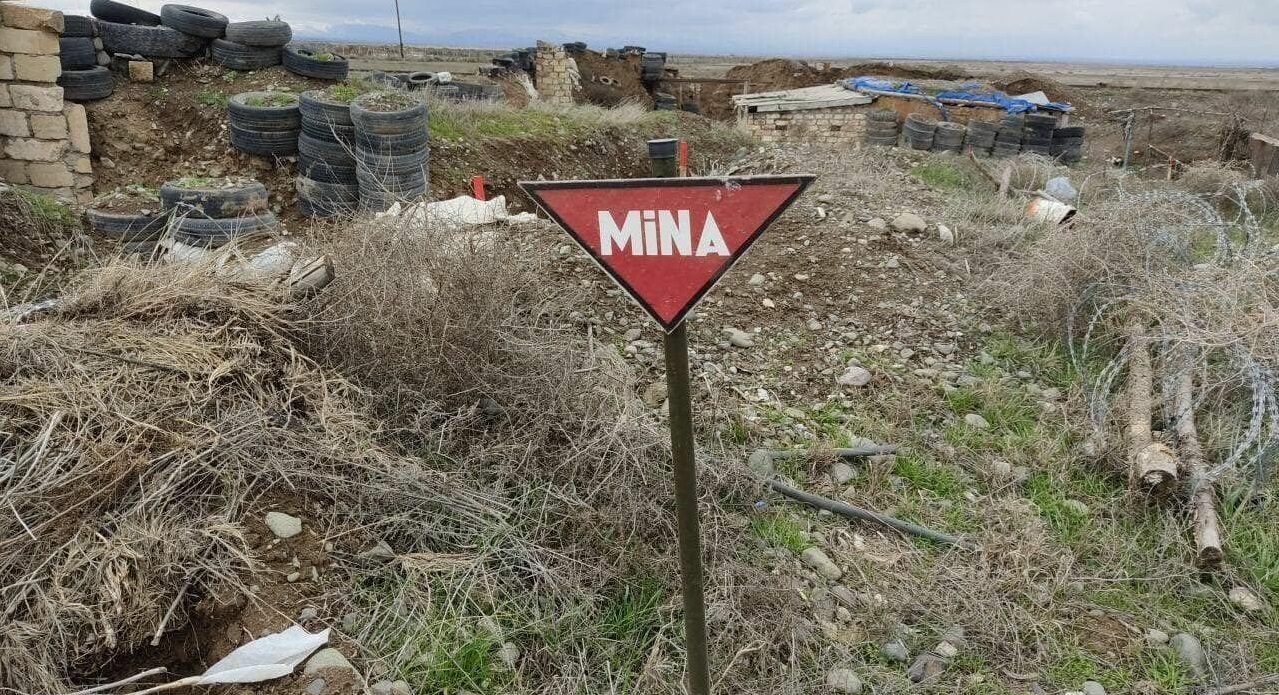 Officials in Azerbaijan are convinced that Armenians planted more than one million landmines in the once occupied Azerbaijani territories over nearly 30 years of illegal control of those lands by Armenia's forces. / Trend News Agency

Armenia has handed over more maps showing the locations of minefields in the Karabakh region to Azerbaijan in an exchange operation mediated by Russia on Saturday.

According to Azerbaijan’s Foreign Ministry, the maps display 92,000 mines planted in the Azerbaijani territories once occupied by Armenia.

“On July 3, 2021, upon the initiative of the Russian Federation, Armenia submitted to the Azerbaijani side maps of about 92,000 anti-tank and anti-personnel mines planted during the occupation in the Fizuli and Zangilan regions,” the ministry said in a statement.

“As a humanistic step, the Azerbaijani side handed over to Armenia 15 people of Armenian origin, who were imprisoned by the court's verdict and the term of the imposed sentence has expired," the statement added.

The ministry added that the maps would help save the lives of tens of thousands of Azerbaijani citizens and speed up the reconstruction and rehabilitation projects of Azerbaijan in the Karabakh region and facilitate the process of returning of internally displaced people.

The maps are key to Azerbaijani government's efforts to implement infrastructure projects in Fuzuli and Zangilan. Currently, an international airport is being built in Fuzuli. The major highway connecting Fuzuli to the city of Shusha, dubbed “Victory Road”, is also under construction. Zangilan district locates in the vicinity of the Zangazur corridor, the communication route that is expected to come online as part of the ceasefire agreement.

Azerbaijan’s territories, including Fuzuli and Zangilan, have been mined heavily during their nearly 30-year-long occupation by Armenia since the early 1990s. Armenia kicked off full-blown military aggression against Azerbaijan following the Soviet Union’s dissolution in 1991. The bloody war until a ceasefire in 1994 saw Armenia occupying 20 percent of Azerbaijan’s internationally recognized territories. Over 30,000 Azerbaijanis were killed, and one million others were expelled from those lands in a brutal ethnic cleansing policy conducted by Armenia.

Officials in Azerbaijan are convinced that Armenians planted more than one million landmines in the once occupied Azerbaijani territories over nearly 30 years of illegal control of those lands by Armenia's forces.

On June 12, Azerbaijani authorities swapped 15 Armenian detainees for the mine maps of the Aghdam district. The maps reportedly showed the places of 97,000 landmines. The exchange operation was supported by the US administration, the European Council, the Swedish Chairmanship of the OSCE, and the government of Georgia. President Ilham Aliyev said Americans stood as guarantors for the accuracy of the maps.

The release of the maps helps Azerbaijan accelerate extensive mine-clearing operations started in the liberated lands shortly after the war. The Azerbaijan National Agency for Mine Action (ANAMA) deployed its specialists and cutting-edge machinery of the Turkish, British, and Slovak production for demining activities. According to the latest ANAMA data, 8,509 anti-personnel, 3,959 anti-tank mines, and 9,493 unexploded ordnances have been found and neutralized in 33.3 million square meters of territory in the liberated lands since November 2020.

Armenia’s refusal to hand over the maps of the areas contaminated by landmines has caused major difficulties to Azerbaijan’s demining activities while killing and injuring Azerbaijani civilians and servicemen. A total of 144 Azerbaijani citizens have been killed or injured by Armenian landmines in the liberated lands after the ceasefire was signed on November 10, 2020. On June 4, two journalists and a government official in Azerbaijan were trapped in a fatal mine explosion in the liberated Kalbajar district.

Under current circumstances, the neutralization of unexploded ammunition, warheads and missiles in the mined areas could take 10-13 years, according to estimates from ANAMA.