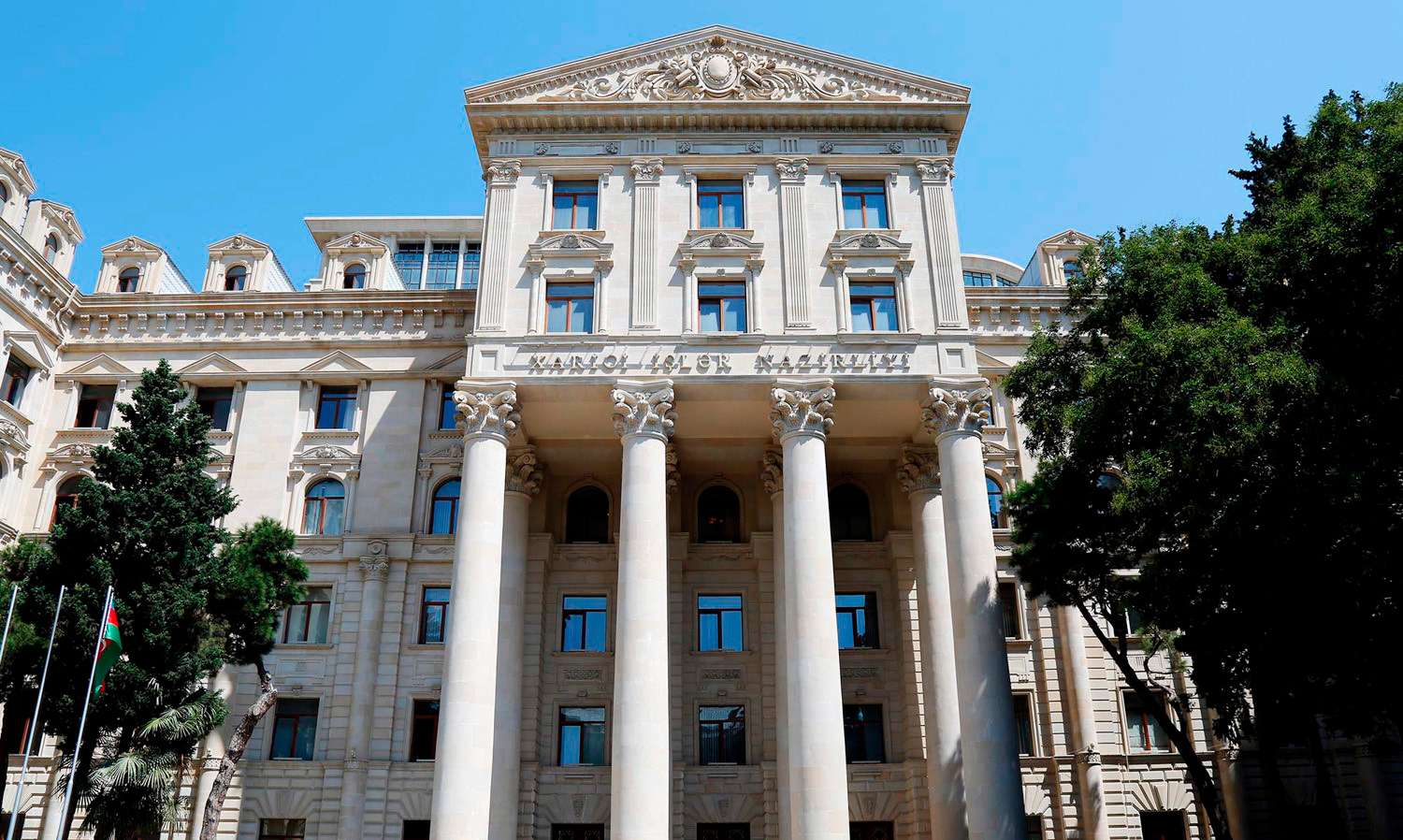 Government officials in Baku have responded to the unfounded claims of the Armenian Foreign Ministry about the alleged cutoffs of natural gas supplies to the Karabakh (Garabagh) region of Azerbaijan.

Leyla Abdullayeva, who heads the press service department of the Azerbaijani Foreign Ministry, accused Yerevan of intervening in the internal affairs of Azerbaijan.

“The constant demonstration of the unconstructive approach of Armenia, making baseless allegations, reveals the true intentions of this country,” Abdullayeva said in a statement issued on the ministry’s website on Wednesday.

“Our recommendation to Armenia is to ensure the fulfillment of its obligations by trilateral statements, including the withdrawal of the remnants of its armed forces in the region, and thus contribute to regional peace and security, rather than making baseless and illegal allegations,” she added.

Armenian authorities claim that gas supplies to ethnic Armenians living in the Karabakh region of Azerbaijan, particularly in the city of Khankendi, were cut off twice in March, in which they blame Azerbaijan. Armenia’s Foreign Minister Ararat Mirzoyan said Yerevan was discussing the issue with Russia, whose peacekeeping mission is temporarily deployed in certain parts of the Karabakh region.

Meanwhile, while accusing the Azerbaijani side of suspending gas supplies to these territories, Yerevan did not provide any evidence.

Some experts are convinced that the very existence of such a gas pipeline and its passage through the territory of Azerbaijan is illegal.

“The gas pipeline from Armenia, which, as I understand it, runs along the Lachin corridor and in some places passes through the territory under the control of the Azerbaijani Armed Forces, is illegal in itself. In other words, according to the documents, it simply does not exist,” Baku-based political observer Azer Karimov said in an interview with JAM news.

According to him, an interstate agreement should make legal grounds for providing natural gas from the territory of Armenia to certain parts of the Azerbaijani territory.

Karimov further said that Armenia refused to accept the new realities that have been established in the Karabakh region after Azerbaijan’s victory in the Second Karabakh War.

“What do we actually see? In the part of Karabakh where the peacekeepers are stationed, illegal Armenian formations are still operating, a self-proclaimed and unrecognized separatist regime is operating, categorically refusing to accept the fact that Khankendi is located on the territory of Azerbaijan,” the expert added.

On September 27, 2020, the Armenia-Azerbaijan conflict took a violent turn when Armenia’s forces deployed in the occupied Azerbaijani lands shelled military positions and civilian settlements of Azerbaijan. During the counter-attack operations that lasted 44 days, Azerbaijani forces liberated over 300 settlements, including the cities of Jabrayil, Fuzuli, Zangilan, Gubadli, and Shusha, from nearly 30-year-long illegal Armenian occupation. The war ended with signing a tripartite statement by Armenia, Azerbaijan, and Russia on November 10, 2020. Under the agreement, Armenia also returned the occupied Aghdam, Kalbajar, and Lachin districts to Azerbaijan.

The document ordered the complete withdrawal of the Armenian armed forces from the Karabakh region and the deployment of the Russian peacekeepers to the area. Armenia’s authorities, however, have stalled in implementing the terms of the agreement.

There are still the remnants of the illegal Armenian armed formations in certain territories of the Karabakh region, where the Russian peacekeepers are temporarily stationed. The illegal formations have resorted to armed provocations against the Azerbaijani military, including shelling the army positions, terror activities, and infiltration attempts. In addition, they have carried out engineering and fortification work, trying to build new positions, digging trenches, and creating a defensive zone.