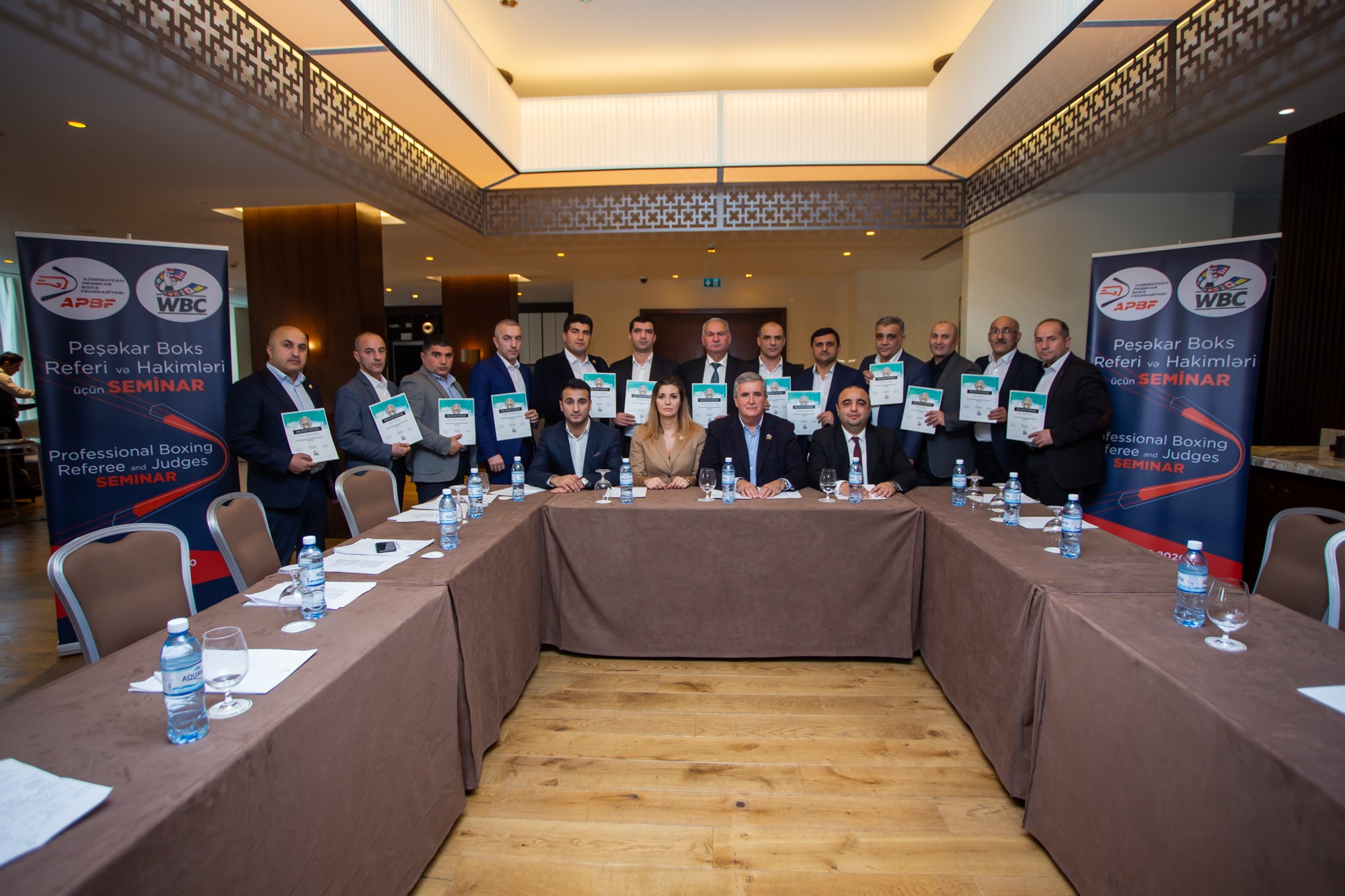 The World Boxing Council (WBC) threw its weight behind the three-day two-phase training by bringing professional trainers from Italy and Spain, who delivered lectures for local judges and referees, and cutmen.

“We started working with the World Boxing Council last year and organized these training at an international level. All this will allow us to organize professional boxing fights in Azerbaijan,” APFB president Artyom Hasanov said, adding this forms part of the targets that were set after reorganizing the federation, according to Report.az. “We want our professional boxers to raise our flag in the highest international arenas."

The second phase of the training was held on February 12 for cutmen by professional Spanish boxing coach Rodriguez “Tinin” Dominguez Agustin. In boxing, a cutman is responsible for providing immediate preventive and treatment measures to a fighter’s physical damage. They are mostly seen during the breaks between rounds to typically handle swelling, nosebleeds, and lacerations.

A total of 40 participants took part in the training, which increased the level of professionalism of referees, judges, and cutmen in the professional boxing sport in Azerbaijan. As a result of the training, the Professional Boxing Commission was created under the federation in line with international requirements. The commission is tasked to ensure that professional coaches, doctors, and other people pass qualifying exams, and that fights organized by marketing and promotion companies meet relevant rules.

The reorganization of APBF took place in June last year with the election of Artyom Hasanov as the new president and upgrade of the action plan that took professional boxing to an all-new level in Azerbaijan.

In August and October of 2019, professional boxers from Azerbaijan clinched victories in professional boxing fight series that took place respectively in the Sakarya province of Turkey and capital city Tashkent of Uzbekistan. 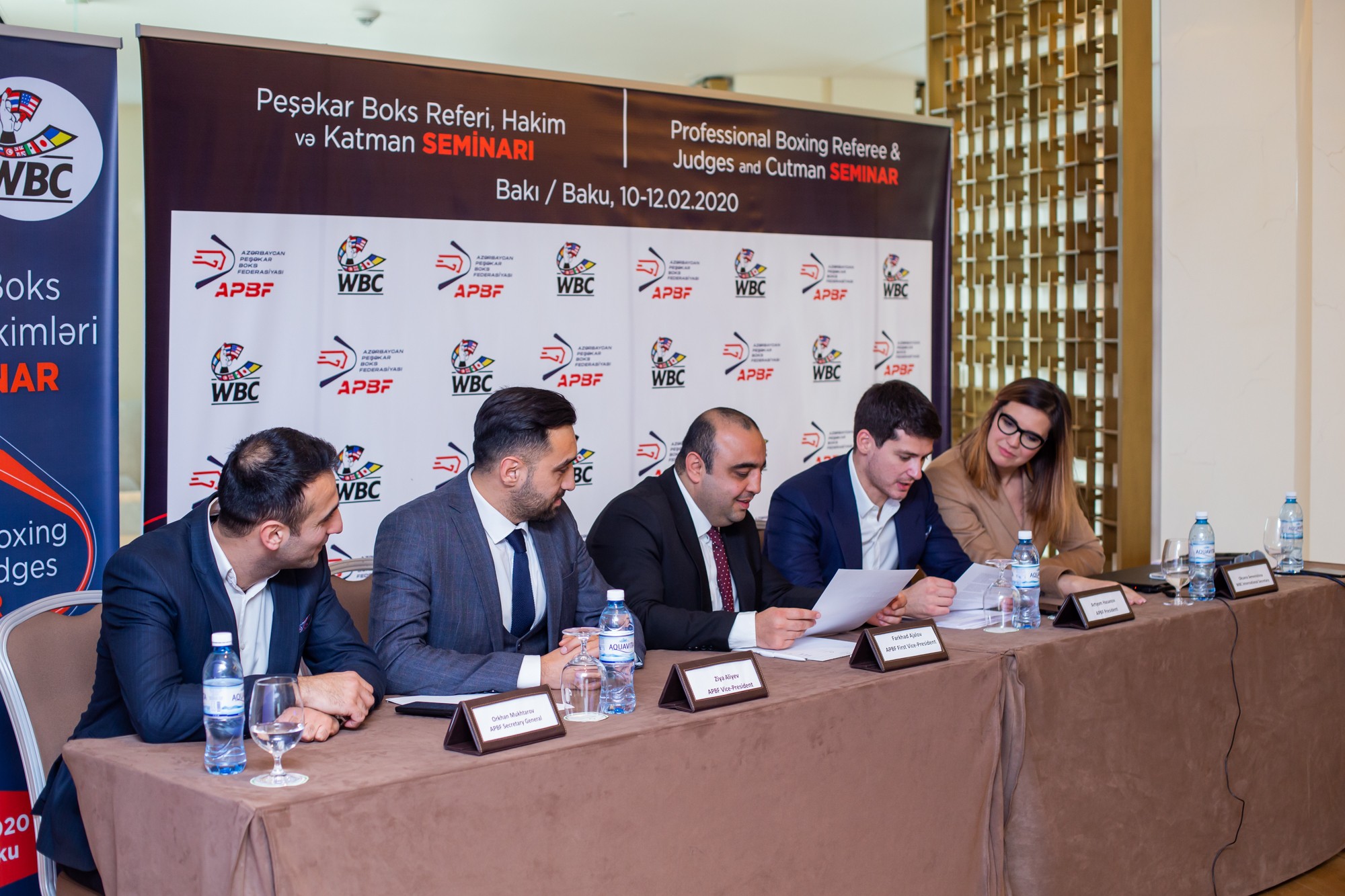 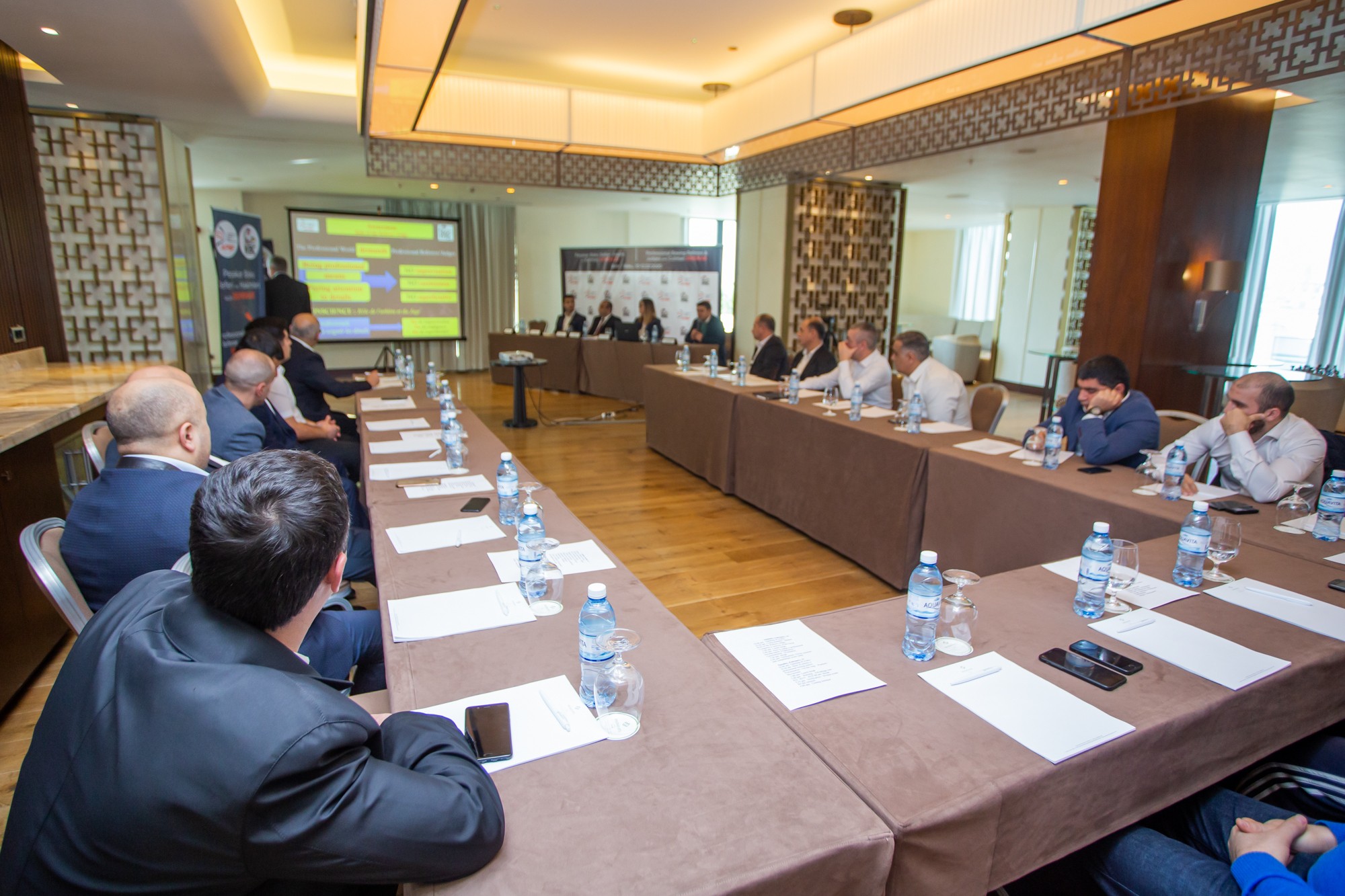 Training for professional boxing judges, referees, and cutman was first of its kind organized by Azerbaijan Professional Boxing Federation since resuming its activities in June, 2019 / Report.Az 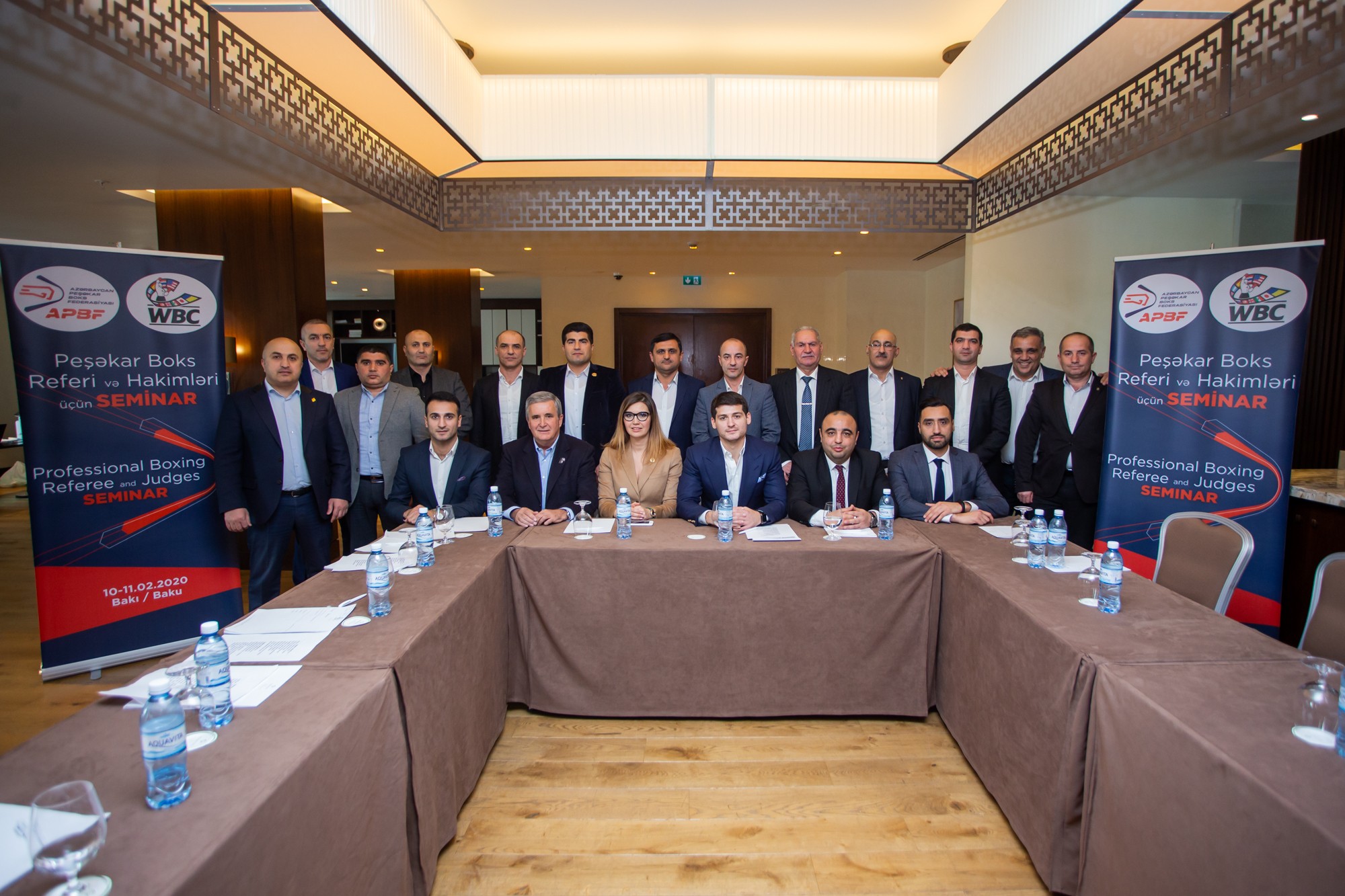 Participants of the training pose for a photo, Baku, Azerbaijan, February 10-12, 2020 / Report.Az 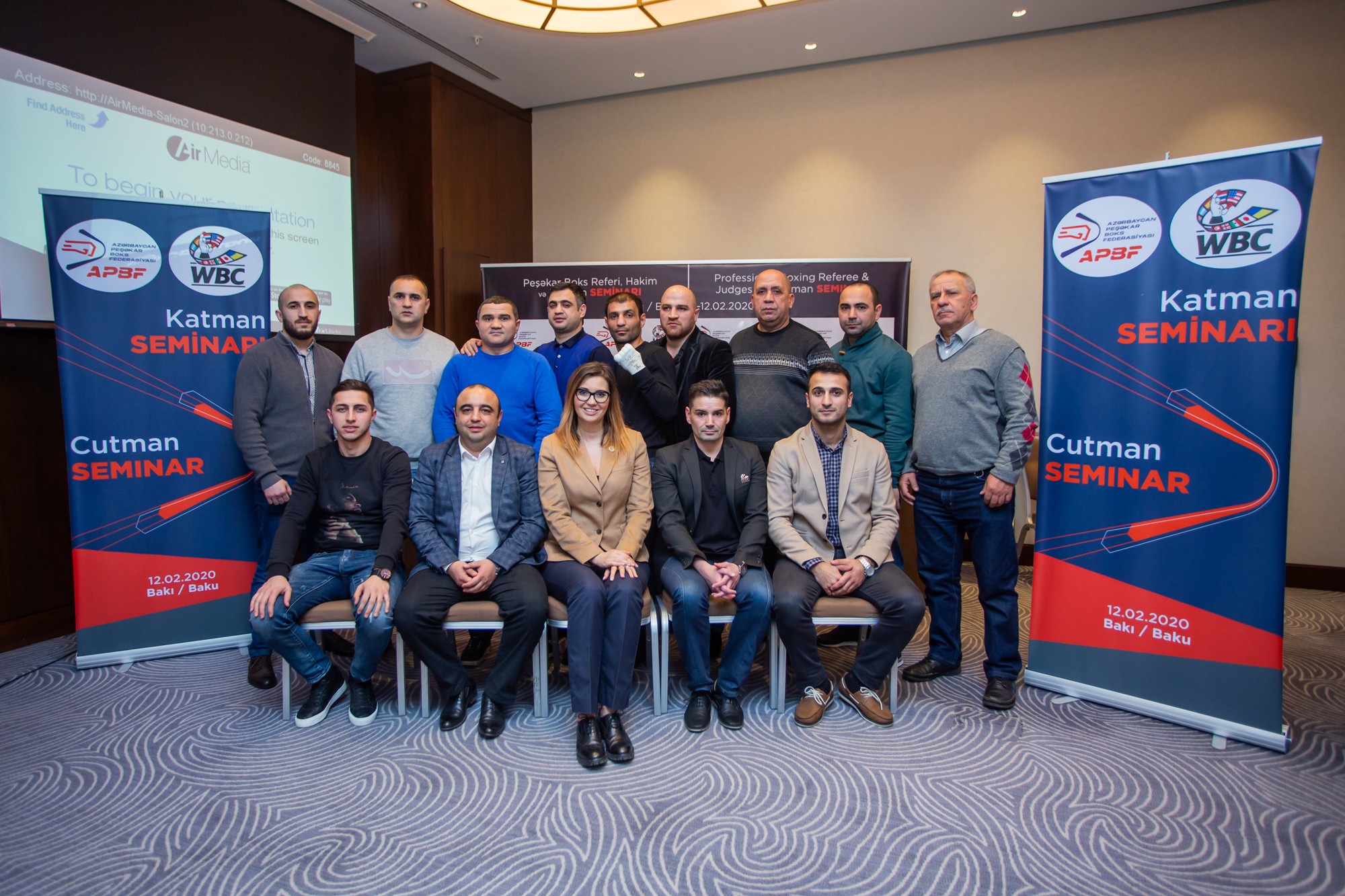